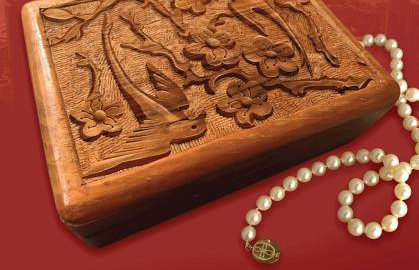 IF MY BOOK: Besotted, Melissa Duclos

Welcome to another installment of If My Book, the Monkeybicycle feature in which authors shed light on their recently released books by comparing them to weird things. This week Melissa duclos writes about Besotted, her new novel out from 7.13 Books.

If Besotted were a lie, it’d be a believable one.

Memory shapeshifts. That’s not a trick or a malfunction, but its very purpose. We make sense of things by rearranging them. And at the same time we take the photographs we imagine will hold things in place.

If Besotted were hidden under your bed, it would be a photo album you can’t bring yourself to look at.

Liz takes a picture of me. I take a picture of Liz. We are dancing at Park 97, our faces practically neon in the camera flash reflected in the strobes. We are in a crowd of people in front of Guandii, the group of us a mass of open-mouthed smiles and arms draped casually over shoulders. Our heads are tipped back to the sky.

If Besotted were a color it would be neon, a pulse against a smog-filled sky.

If a piece of jewelry: pearl, single strand.

If Besotted were a drink, it wouldn’t be just one.

If Besotted were an age, it’d be ‘coming of.’

(Besotted can take a joke.)

If Besotted were a thing outgrown it’d be an imaginary friend named Love.

Love didn’t run around at night, searching the faces reflected in plate glass for something she used to know. Love didn’t get her feet dusty, couldn’t tolerate the creep of grime up her shins, the slick of puddles on her soles. When Love stood quite still, as she so often did, she could feel the pull of mountains and rivers and half-constructed skyscrapers and eight-lane highways and movie theaters and quiet parks with their untouched grass circling around her bowed head.

If a means of escape, Besotted would be a plane ticket.

If Besotted were a place, it would be the one you lived in but never understood.

Love waits until sunset, when the neon lights blink on, one at a time. They are the restaurants and bars, the shopping malls like beehives, the movie theaters; they are the skyscrapers lining the river and stretching up toward space, about to lift off; they are the hotels and old banks, the tile-coated apartment buildings, the guardrails along the veins of Shanghai.

Melissa Duclos’s work has appeared in The Washington Post, Salon, The Offing, and Bustle, among other venues. She is the founder of Magnify: Small Presses, Bigger, a monthly newsletter celebrating small press books; a co-founder of Amplify: Women’s Voices, Louder, a series of retreats that puts writers on the path to publication. She has an MFA from Columbia University and lives in Portland, Oregon with her two children, small cat, and even smaller dog. She is at work on a collection of essays about heartbreak and writing, and a new novel. Find her on Twitter at @MelissaDuclos.