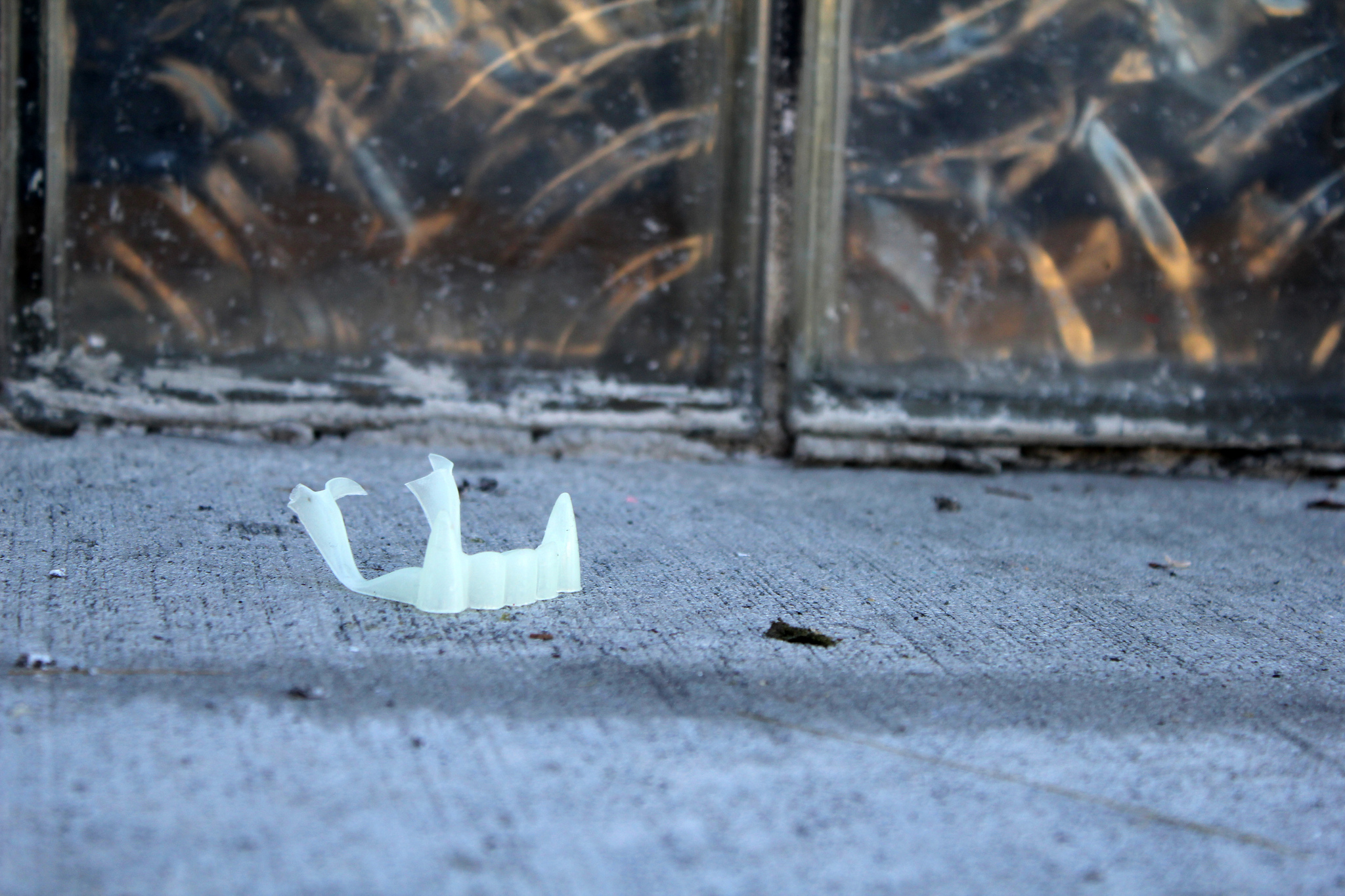 I live with a vampire named Xiaomei, and it is dull beyond belief. It is so dull that we lived together for nearly a year before I even realized she was a vampire.

“You didn’t ask,” she shrugged, licking a dollop of frosting from her thumb.

Such was her free admission once the topic had finally been broached. But what could I do at that point? I was in love.

People always ask what it’s like, living with a vampire. They’ve seen the movies, and they want to know. It’s dull, I tell them. Dull, dull, dull. But people never believe me. They find my answer unacceptable. They barrage me with questions.

When did you first realize she was a vampire?

There are ways you can tell. The first clue was that my energy was gone. There were days when I could barely walk. My body pressed against gravity, my mind goopy and slow, like a fly that, tired of struggling, finally welcomes the sticky embrace of the spider’s web.

Do you orgasm when she sucks your blood? I’ve heard there’s an orgasm.

I do not. In fact, I barely notice—she only takes a little at a time. Orgasm! People are ridiculous. Trust me, there’s nothing less sexy than living with a vampire. I’d say we’ve had sex three times in the last five months. And that’s using a loose definition of sex.

Are her friends vampires?

Yes, of course, there is the occasional loss of blood. But it’s something I barely notice anymore. Xiaomei is exquisitely, excruciatingly neat with her bloodsucking. She uses a damp napkin to dress the punctured skin; the marks heal up in three days or less. To the best of my knowledge, she has never spilled a drop.

They are still not satisfied. “I wouldn’t mind living with a vampire myself,” they say. To which I reply, go right ahead. No one is stopping you.

I answer their questions, but they are not serious people. You are a serious person, and to you, I will tell the truth.

The main consequence of living with a vampire is the disappearance of time. Not in a metaphorical sense. It’s not that you’re busy, or that time moves somehow faster; nor that the flow of time is interrupted, like consciousness skipping from one point in time to the next. It is a wholly literal phenomenon: Time disappears like water down the drain. The trouble is that it can be hard to tell when time has vanished. It’s like that thing they say about the wind: you can’t see it, but you know it’s there when the leaves start to rustle? Well, while you may not feel time being sucked away all around you, if you pay close attention, you can tell how much has gone.

Dreams, for instance, are a key indicator. And I mean dreams in the broadest sense: daydreams and nightmares, goals and aspirations, ambitions—all are affected in one way or another when time disappears. First come the dreams at night. Suddenly they go on forever, like they are compensating for the time you’ve lost. Your dreams are now packed full of content, more vivid, with a crisper, fuller dream-logic, and a residue that carries over into the morning. Scenes from childhood, surreal set pieces, buried fantasies; they are dug up and set adrift in your consciousness like sediment in a river. Then there’s dream type-2. You wake up one day, any day, any given Tuesday or Wednesday or Thursday, and you find the ambitions you once harbored have been misplaced like a set of keys. Take a look under the bed, in the crevices and pits of the sofa, behind the bookshelf. Where did I see them last?, you think. Hm. Hard to say. Time is sucked out from the front end and the back, and memory often goes with it. That’s one more thing that you have to worry about. That’s one more way you can tell if a vampire has sucked away your time.

And then there’s the aging. You wake up one morning, and you are suddenly old. You look in the mirror and, without explanation, your hair is gray, there are fissures and hollow pits in your face. Deep wrinkles radiate from the corners of your eyes. You are a flickering image on a 1970s TV set; your colors are off, you’ve started to fade out of existence. And it’s happened all at once, though you were told it would come much later, and gradually, gradually. Now old age is on your doorstep, and you are barely thirty-one. If you plan to seek justice, go ahead. Scoop it up in a plastic bag: here is the evidence. But you are in love, and you have no plans to seek justice. You were asking for it, and you know it.

On the other hand, there are things you can do to protect yourself. People never think to ask about this, but if you find yourself living with a vampire, it’s important to know. Yes, there are preventative measures, there are steps you can take. For instance, when I found my type-1 dreams were growing heavy and fat, and my type-2 dreams were fading away, I took care to hide a few of my most precious secrets in a spot where Xiaomei would never find them. So far this strategy has been a success. I check on them from time to time, and they are still there, untouched by time or creature. So far, so good. Even though time is vanishing all around me, and at an extraordinary rate, these, at least, have been safely cordoned off and preserved. These have been quarantined from the bloodsucker.

Still, I feel guilty. I can sense Xiaomei is hungry. She is practically starving, and I know she would love to get at these things, too. She wants all of me, and I’m killing her. She looks thinner by the day, pale and unhealthy. She is wasting away—while she sleeps, I run my finger like a xylophone mallet over her protruding ribs.

I love her, but I am afraid of what will happen if I open all my doors to her. I know exactly what will happen. Even if I open them involuntarily—a crack is all it would take!—if I scribble them in the pages of a diary, for instance; or if, in a moment of groggy somniloquy, I should so much as hint at their existence in a whisper, or in a drunken, drowsy mumble. Then the doors will fly open, and these things, too, will be sucked into the vortex of swirling, disappearing time. My wrinkles would deepen; my cheeks would grow fatter, the crevices and pocks in my face would increase in number and size. I must stop talking now—my hands are shaking. They grow clammy and damp just from thinking about it.

And yet she grows thinner by the day. She is suffering, I can tell. Xiaomei is getting weak. Some days she stays in bed all day, crying and trembling, praying to the moon. I love her. And soon I will have to make a choice. Someday soon she will become so weak that the issue will be pressed, the moment will be upon us; and that’s when I will find out if I can crack open the rest of these doors, drop the last pint of my blood onto her tongue, squeeze it into the crack between her red, red lips.

Geoffrey Waring is a writer, musician and translator currently living in Taipei. His work has previously appeared in Fugue, decomP magazinE, and Blue Moon. Follow him on Twitter at @Geoffrey_waring.