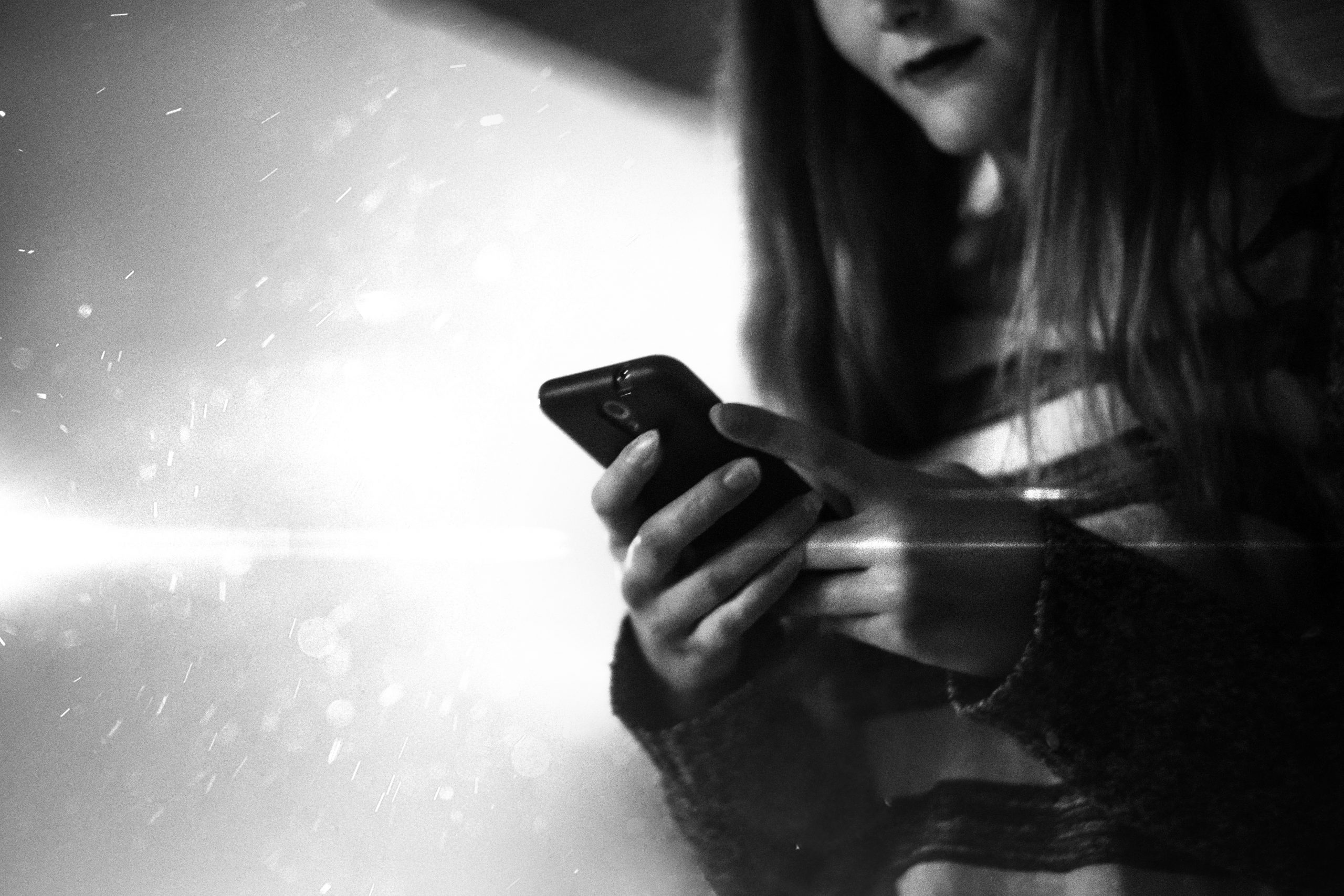 Evelyn was sitting on the porch in the rain, talking on the phone. The rest of us stood coupled in the kitchen, clustered around trays of appetizers and bowls of dip. We were watching her and hoping she didn’t notice.

When her phone first rang and she made a motion toward the back porch, one of us called after her that she was welcome to go upstairs. Evelyn waved her off and instead took a seat in one of the damp rocking chairs. Now, she gestured wildly with both hands, her cellphone pressed between cheek and shoulder, the rocking chair tilting with the force of her movements. It must be Charlie, right? someone said. She wouldn’t seem this upset if it wasn’t Charlie.

Of course it was Charlie. We all knew that. Charlie, who used to be part of our group standing in the kitchen. Charlie, who usually manned the grill at our cookouts. Charlie, who told stories with comedic voices. Charlie, whom Evelyn had officially left just last Saturday—for reasons none of us knew.

Charlie and Evelyn were to be the first couple any of us knew to get divorced. We were a collection of the young-and-marrieds—gloriously shacked up in the sweet stage between finally having well-paying jobs and not yet having children. We all lived in apartments decorated with black-and-white wedding photographs and slept in king-sized beds with brand new sheets.

The rain was picking up, but Evelyn appeared not to notice. The shoulders of her T-shirt were so wet we could see her skin. Her glasses were fogged over with droplets, but she made no effort to wipe them. And then she rose to her feet so quickly and shoved her phone in her pocket so decisively that we barely had time to turn back to the spread of appetizers before she was standing next to us again, as if she’d never left.

Everything okay? someone asked, as Evelyn cleaned her glasses on the hem of her T-shirt.

Do you need a towel? asked someone else.

Evelyn shook her head. She smiled. Everything is fine, she said. She smoothed her wet hair back from her forehead. Just tying up some loose ends.

We all nodded and passed her one of the four open bottles of wine to refill her empty glass—one of the long-stemmed bulbous kind that came in a box of eight. Always one of the first gifts to go from a registry. Everything we owned was in sets of even numbers because that was how our friends usually came: paired, coupled, and now, easily divisible by two.

The baked brie is good, we told her. Isn’t everything so delicious? we kept saying, but our bodies shifted around each other like repelling magnets. We weren’t sure how to touch, with Evelyn standing there, wine glass in hand, and no partner standing behind her. Was it okay to still lean against our own partner? To put our hand gently in the small of her back? To fix the collar of his shirt? The movements we’d all but choreographed over the last few years now seemed insensitive, inappropriate.

Not long after we finished snacking, Evelyn excused herself. This was really so lovely, she said. So nice to get out of the house for a bit. It was funny, we all silently noted, that she put it that way since we all knew she was staying in a hotel. We’d offered guest rooms, obviously, though none of us ever expected her to take us up on it—really, how awkward would that be?

Once she was gone, we exhaled. Whew, that was a little weird, we said. Just not sure how to act around her, you know? We snuggled against each other on the living room sofas or held hands from separate chairs we’d moved in from the dining room.

It’ll be strange not having Charlie around anymore, someone said. Well, sure, but she was our friend first, before him, we all pointed out. Yeah, but still.

I just can’t imagine what went wrong, someone said again, the same thing we’d all been saying since we first heard. They seemed so happy. Thank god it wasn’t us, we didn’t say.

And maybe we were right. Or, maybe we were wrong. Either way, we should open another bottle of wine, right? No, no we shouldn’t — it’s a Thursday, after all! Oh, come on. We’re young. We’re in love. We’re the happy ones. What could go wrong?

Cortney Phillips Meriwether received her MFA in Creative Writing from NC State in 2012 and has been working as a freelance writer and editor ever since. She previously served as a fiction editor at Pinball and Bartleby Snopes. Her work has been published by Minola Review, Coachella Review, The Rumpus, and elsewhere. She lives in Charlottesville, Virginia with her husband and son. Follow her on Twitter at @CortPhilMeri.