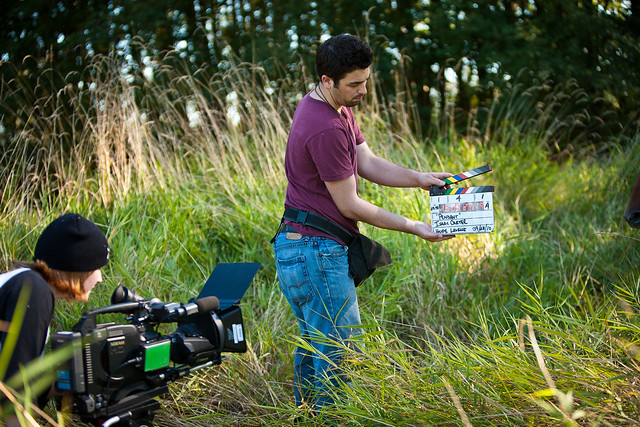 In the dark of the premiere, you’ll watch credits roll over a high school prettier than the one you went to. You’ll read the names of actors ten years older than you were when it happened. You’ll wait patiently for those words: BASED ON A TRUE STORY.

When things get going, you’ll meet a whirlwind of inoffensively pretty faces, characters with familiar names. The movie will shorthand their personalities, set them up as Good Kids, making their demise all the more meaningful, all the more tragic. Unfortunately, there won’t be much time to get to know them, because the foreshadowing is already in motion.

The girl with your name quickly emerges as the protagonist. The sensible, morally upright one.

You’ve met the actress. You’ve taken photos with her. You sat with her and the director in a conference room, recounting what you went through while she sipped a green juice and nodded with understanding. She squeezed your hands in hers and told you you’re brave. Inspiring.

We want them to know the real you, the director said.

In the movie, the girl with your name is a volleyball star with a straight-A average. You were neither of these things.

Those are details, the director said. We’ll show who you are inside.

You’ll be asked, often, if it was like this. If you felt chills watching your story play out on the big screen.

At the premiere you’ll feel nothing. You’ll watch a story so distorted that, except for the jarring moments when the actors repeat your late friends’ names, reminding the audience who is who before their gruesome deaths, when the actors call out your name—except for those few seconds of true disorientation, you’ll forget that you’re watching your story. You’ll forget this was supposed to be you. You’ll feel like you always do at the movies, but in more expensive clothing.

When asked, you’ll say it was just like this. You’ll say you felt chills.

But when you finally felt ready to return to the world, you couldn’t help looking up your own story. You were nervous, afraid to look it in the face. But what you found was worse.

They loved him. Very few would say it outright, but that’s what it was. They wanted to know about his childhood and how his mother treated him and what he ate for breakfast. They wanted to know why he did it, and the gory details of the how. His face on t-shirts and bumper stickers and posters. Fringe voices called him a genius, claimed his death was a hoax, a cover-up.

You were nowhere in all of this.

A footnote, an aside at best.

Head between your knees, you wondered if in removing yourself from the world, you’d forfeited your place in it. And so the call was made.

You’ll watch the chasing and the screaming. You’ll wish you had popcorn and a soda, feeling an odd nostalgia for the sucking noise that comes when a straw tries to vacuum up the last of that sugary sweet but grabs mostly air.

You’ll watch as the girl with your name turns the killer’s own weapon against him, wielding it with her gym-conditioned arms.

You were there the day they shot this scene. The director thought it would be cathartic. You twisted your laminated CONSULTANT badge in your hands as you watched the first take.

There was a production meeting, the director had explained. The ending wasn’t working.

The girl with your name survived by pure accident. The producers complained that it just wasn’t narratively satisfying.

This ending makes you look strong, the director tells you. You’ll be the hero of your own story.

You’ll hear the words strong woman a lot after the premiere. You’ll say them, too.

You’ll say how much you admire the actress’s talent, the director’s vision.

You’ll say you’re thrilled at the news that the movie will become a franchise. Like the others, you’ll hint at the return of the killer, that he’ll be bigger and badder the next time around.

You’ll smile and say, I’m grateful someone told my story.

Alyssa Claire Greene’s work has appeared or is forthcoming in The Southeast Review, Passages North, Gone Lawn, MoonPark Review, Jellyfish Review, North American Review, and Hotel Amerika. She is a fiction editor for Quarterly West and an editorial assistant for the Lambda Literary Review. Currently, she is an MFA candidate in fiction at the University of Utah. Find her on Twitter and Instagram.