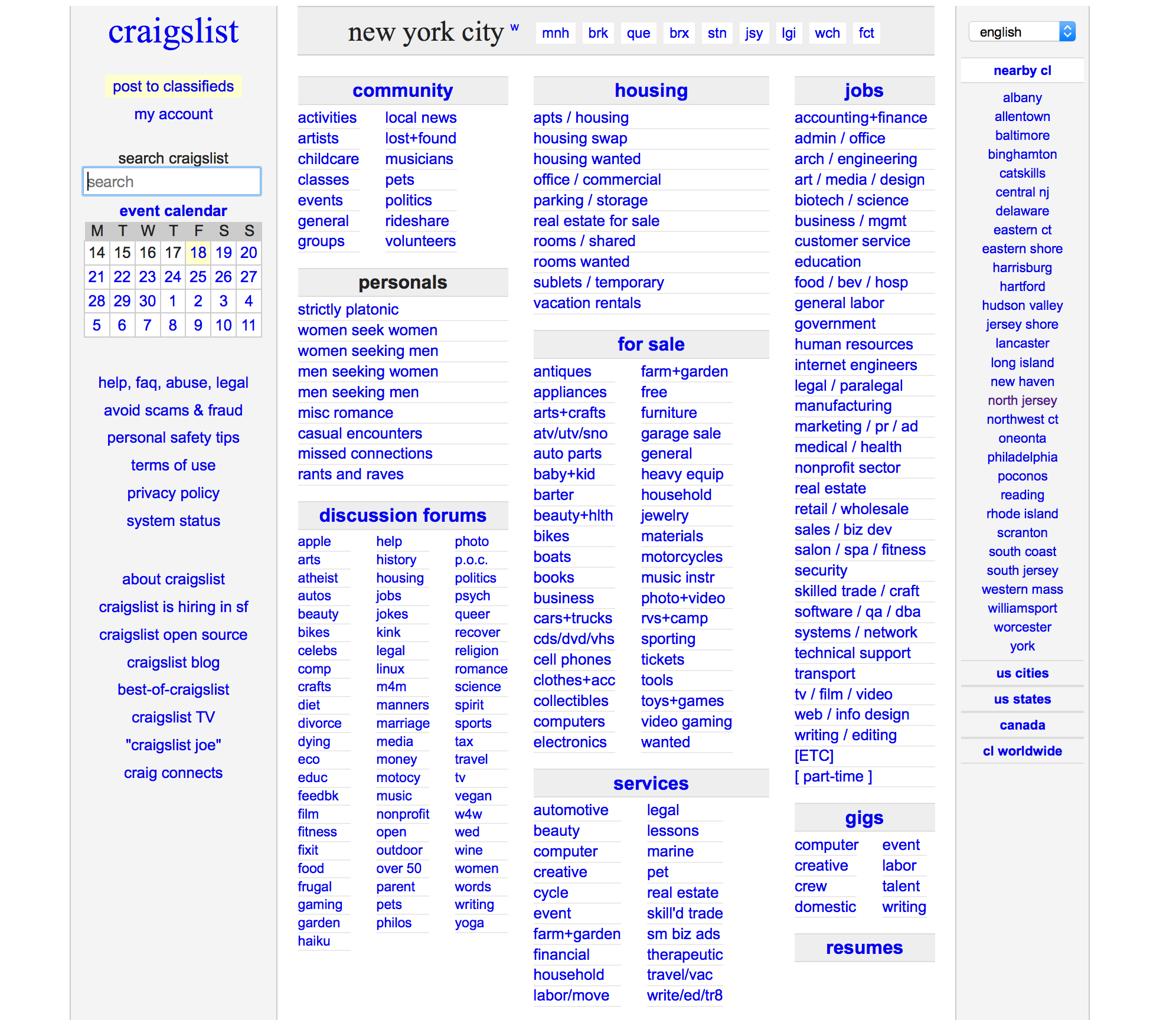 When Responding to a Craigslist Ad Looking for a Nude Housekeeper

“Looking for an attractive woman to do some light nude cleaning twice a week. Must be between 18 and 25 years of age. Must prove this with ID upon hire. All supplies will be provided. Please reply with a full body photo (preferably in the nude). Compensation will be negotiated.”

At first you’ll convince yourself that anyone would open an ad asking for a nude housekeeper. “Basic human curiosity” is the phrase you will use. And when that doesn’t hold up against your best friend, Emily, you might argue that you just wanted to get a good laugh out of it. You would find that funny, Emily will say.

Emily doesn’t like calling herself a feminist. I’m just a human being, she often reminds people. More importantly, though, Emily is ugly. Nobody would want Emily to do nude housekeeping, you will tell yourself. And that’s the real reason she won’t talk to you for the rest of the day.

Sitting at your computer, reading the ad, you’ll insist that it’s not as if you would ever actually do it. You might reiterate that sentiment to yourself later that night as you reread it in bed. It’s what you’ll tell that nosy bitch on the bus the next morning when you think she’s peeking at the ad opened up on your phone. Aren’t you curious what it’d be like? you practically cry out to her. She pretends not to hear.

It won’t be long after that you’ll give in and respond to the ad. This, though, is just to see if the man who posted it even responds to you. You’ll do so assuming the position has already been filled; surely someone will have been interested. You won’t send him a nude picture, though. That’s not what this is about. He’s clearly reasonable enough to not even require it, you’ll feel like telling someone, anyone. So, instead you’ll send something simple but slightly intriguing: a picture of you at the beach; maybe a cute early morning selfie; or that one of you in the blue and white sun dress at Gorman’s house party—the one you had figured would’ve gotten Phil’s attention but somehow still didn’t. It took seven years for him to notice you and when it happened, it was just a random drunken late-night “Like” of one of your Facebook pictures.

Whatever it is, it’ll work. The man will respond in exactly twenty-three minutes asking to meet you in person so he can verify your age. The next thirty-six hours will be spent in what will feel like a blacked-out state. You’ll hardly remember responding to the email or setting up a time to meet. Even less so will you remember actually meeting him at Dunkin Donuts and showing him your ID while he waits on line for his coffee. Most likely you won’t wake up from this state of disillusion until you’re standing in a stranger’s bathroom, naked and looking at yourself in the full-length mirror hanging on his door.

The word “prostitution” will cross your mind at this point; it’s Emily’s word, not yours. It’s better to just brush it away as fast as possible. Most likely there won’t be any mention of physical contact, and it’s not like you’re even doing it for the money. You won’t even be making that much, in reality. You’ll remember the amount you asked for, but also recall being too uncomfortable to argue when he scoffs in front of everyone at Dunkin Donuts and says something like, “Who told you that you deserved that much?”

How much does one even ask for when cleaning a house naked? The only other time you cleaned something for money was when you were nine and, to get you and your dad to bond, your mom forced him to let you clean his office. He paid you twenty dollars for two hours of cleaning. What you wanted more than his money, though, was for him to notice how much effort you put into the work. You dusted his bookshelves without him asking; you plugged a honeydew scented air freshener into his wall in hopes of surprising him. You even scrubbed the old coffee stains out of his desk with a toothbrush.

Your eyes might start to water, but a knock at the bathroom door will surely get your mind off of things. It’s the guy and he’ll say something along the lines of hurrying up—that he actually has things to do and places to be today. For a moment you’ll feel like he’s doing you the favor. Don’t worry, that thought will vanish once you find yourself ass naked in his living room holding a broom and dustpan.

He’ll make it clear that he only has two hours until he needs to leave, and that while you’re cleaning, he’ll just be getting some more important things done around the house. As you’re awkwardly sweeping something like cat hair into the dustpan, you’ll be trying to shield yourself behind his couch, praying that he doesn’t stare at you too much. Each time you look up, though, his back will be turned to you and his eyes buried in a pile of papers. At first It’ll feel like a relief, enough so that you actually relax and grab a sponge and a bucket of sudsy water to scrub the kitchen counter.

He’ll be sitting at the kitchen island, sifting through papers, still not looking up every time you check. You’ll ask him if you’re doing all right so far, if he likes it any other way. His eyes defying you, he’ll scoff. It’s scrubbing dirt from a kitchen counter, he’ll say. How many ways can one screw it up?

You’ll try scrubbing his words away and focusing. Maybe you’d like me to clean something else, you’ll offer, hoisting yourself up onto the counter and crossing one leg over the other.

Sure, he’ll say, you can start by cleaning the mark your ass just made on my kitchen counter. I eat there.

So you’ll jump off the counter as gracefully as possible and, still holding the sponge, saunter like a cat over to the island. You’ll ask him if he thinks you, yourself, need to be scrubbed and twist the sponge down your chest, spilling some of the suds onto the island. If any of the water might splash onto the papers he’s reading, he will leap up, call you something like a dumb bitch and ask you how difficult it is to look good while also shutting the fuck up.

You won’t know exactly what it is you’ve hit him with until you’ve fully regained consciousness and you’re standing over him, a toaster in hand and blood painting your toenails. You’ll make like you’re about to run next door to grab someone for help until you remember that you’re completely naked. His body will jerk around a few times like a dying fish on land until finally coming to rest.

You won’t want to leave right away. Doesn’t the blood feel warm under your feet? Let it run through the cracks between your toes. Let it rise up the side arch of your foot like a summer wave climbing up the pier. Also, don’t forget to finish the job. It’s important that the police notice how well you cleaned up.

Bo Fisher lives in the Belmont section of the Bronx. His fiction and poetry have most recently appeared in Contraposition, The Underground, and 826NYC’s SuperSaver. He finds it easiest to write at night and when something is blaring in his ear, preferably Nirvana, The Doors, Ty Segall or J. Cole. Bo is originally from Columbus, OH. Find him on Twitter at @bedward26.