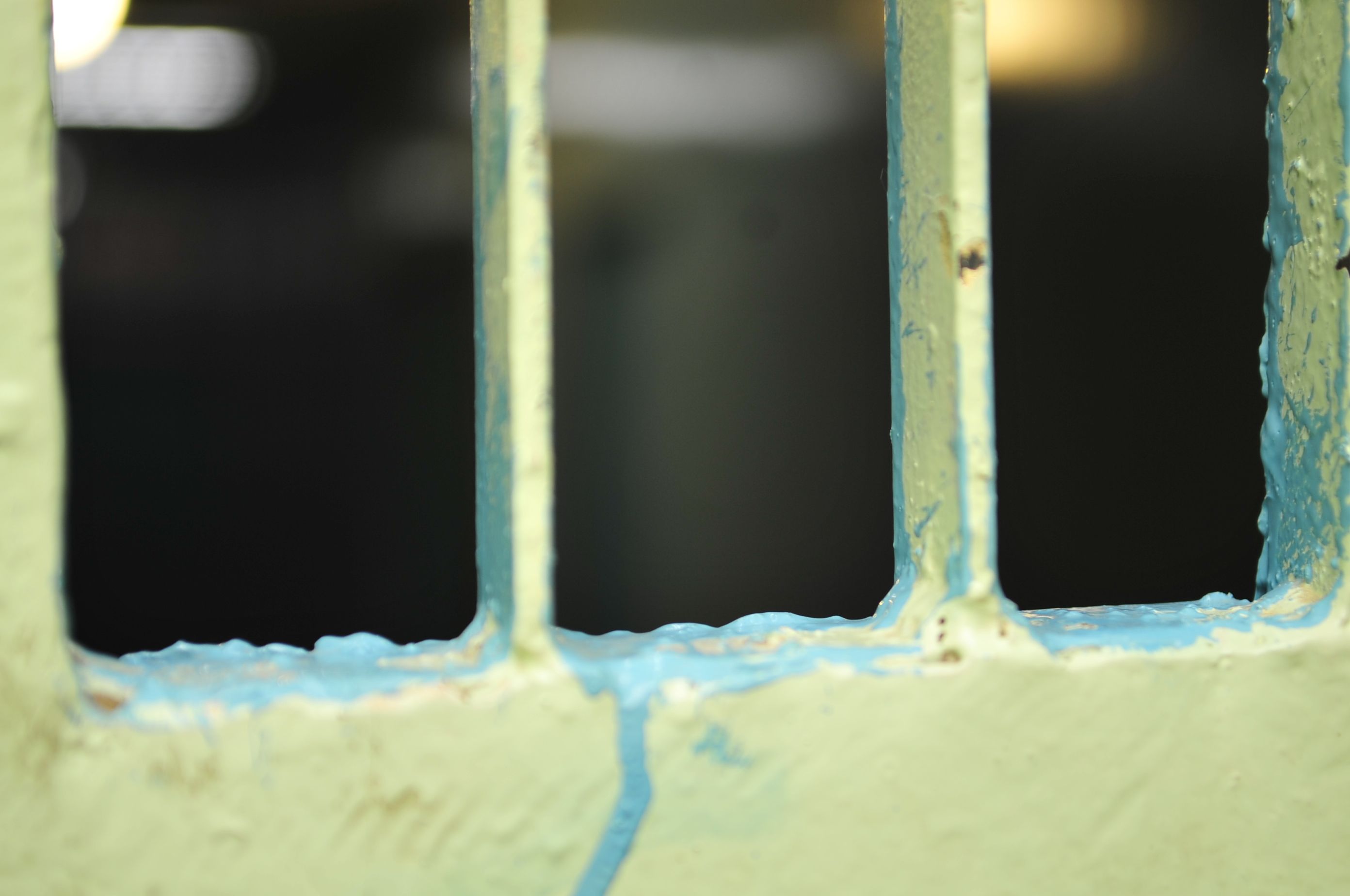 The husband and wife are in prison. The prison is warm and dark, like the inside of an animal. The prison guard is a little sick girl who will probably die in a matter of weeks. Already the girl is bedridden. She hardly speaks, but she has complained of terrible headaches. She does not eat but has kindly decided to give her food to the husband and wife. Because she cannot deliver the food herself, she ties plates to the dogs’ backs, and the dogs wander down the halls to deliver the meals. The husband and wife need the food, but they are afraid of the dogs because the dogs may carry lice or ticks.

Sometimes the girl’s cries and moans tear through the prison, and the prisoners wish these were the cries and moans of ghosts, not of a little girl. Ghosts cannot die, and the husband and wife are afraid of death. Because the little girl brought food instead of death, they loved her. The wife believes the girl suffers from anorexia. Plenty of girls suffer from anorexia when they are chronically unhappy, and the little girl has so much to be unhappy about. But The husband would wager, if he had any money, that the girl has been infected with Lyme Disease.

The husband and wife do not discuss why they are in prison. Sometimes when the wife feels like discussing it, she takes off her shirt, stuffs it in her mouth, and bites down hard. But the husband interprets her nudity and gag as sexual advances. He walks to the wife and hugs her and runs his hands down her back and he kisses her.

When the husband feels like talking to the wife about why they are in prison, he distracts himself by thinking about sex. He thinks about sex until his wife takes off her shirt and shoves it in her mouth.

The husband and wife have no daughter of their own yet, and it would not be accurate to say they think of the prison guard as their daughter. But they do wonder about the origins of the prison guard. Who are her parents? Why did she end up here, serving prisoners? What, really, are the differences between a prisoner and a prison guard?

There are other activities the husband and wife do instead of talking about why they are in prison.

Wife: does a little dance in the corner of the cell involving small foot stomps. Picks off her fingernails, and tries to pick off the hairs between her eyebrows with her fingernails, but both the hairs and the nails are too short. Checks for lumps in her breasts. Uses dust to make drawings on the floor or walls. Practices yoga. Tries to imagine what God looks like.

Husband: closes his eyes and envisions various breakfast foods. Thinks about the sentences the wife says and then repeats them backwards. Tries to fix his posture by standing up against the wall. Attempts to climb the stone walls. Writes songs and plays them on an air guitar. Tries to make himself laugh and then tries to make himself cry.

Both the husband and wife are getting very thin and frail. The food in the prison tastes like bland paste. The wife runs her hands along the ridges of her ribs and imagines she is a washboard. She thinks of fresh, soapy water. The husband has bad posture, and his thinness accentuates this. His body is beginning to look like an S.

It’s a miracle! The little girl is up and walking. She stops at the bars of the wife and husband’s cell. “Hi,” the wife says. “We thought you might be dead.”

“Not quite,” says the little girl. She looks at the floor and runs her hand along a rough metal bar. “But I’m getting pretty close, and it looks like you are too.”

“Can you please bring the keys?” The wife asks the girl. “It’s not like we were supposed to die here. That wasn’t the plan.”

The little girl doesn’t know what was the plan.

“When I was a little girl,” the wife says, “I used to prefer to be by myself. In preschool, when we played outside, I wanted to sit alone and let dragonflies land on my fingers. There was a patch of wildflowers that always seemed to be full of dragonflies. I liked to climb a tree near the patch of wildflowers. I wanted to go up and up. Someone took my picture while I was standing in the tree. I would show you the photo if I had it.”

“Listen,” the husband says, “Do you have the keys or what?”

The little girl looks down.

“Are they in your pocket,” the husband asks?

The little girl looks up, then back down again.

“They’re in her pocket,” the husband says.

The husband lunges at the girl so fast that the wife falls over.

He thrusts his arms through the bars and grabs the shoulders of the little girl.

He pulls the little girl hard, and her shoulders and forehead knock against the bars with a deep thunk.

He shakes the girl back and forth with great force, and her head goes thunk thunk thunk on the bars, and her body is limp and helpless as a rag doll.

The husband goes blind and deaf and strong as he smashes the girl’s head into the bars. He sees a trickle of blood form on the girl’s face. The girl’s eyes are closed and her jaw slackens, but he won’t stop because he needs to be humane and sure she is absolutely dead. He doesn’t want her to suffer. He may have meant to ease the girl down gently onto the floor, but he lets go and lets her body drop.

“Can you get the keys?” the wife asks, still in a little ball, still not looking.

The wife hears the keys jangle and opens her eyes. She does not yet look at the husband or the girl. She just looks at the wall. “That was really bad,” she says.

Both the husband and the wife had imagined breaking out of the prison many times. Each time, their escape had been sweet and joyous, like a field of wildflowers brushing against a gently windblown sky. They imagined their escape would feel something like meeting their newborn child or discovering God.

Rebecca Fishow teaches fiction and playwriting at Barbara Ingram School for the Arts in Maryland. She holds an MFA from Syracuse University. Her work has appeared, or is forthcoming, in Tin House Online, Joyland, Requited Journal, The Believer Logger, Smokelong Quarterly, Matrix Magazine, and other publications. Find her on Twitter at @rlfishow.

Fiction
Previous PostPostmortem
Next PostThe More Hopeless and Scared I Feel, the Harder I Need to Be Fucked