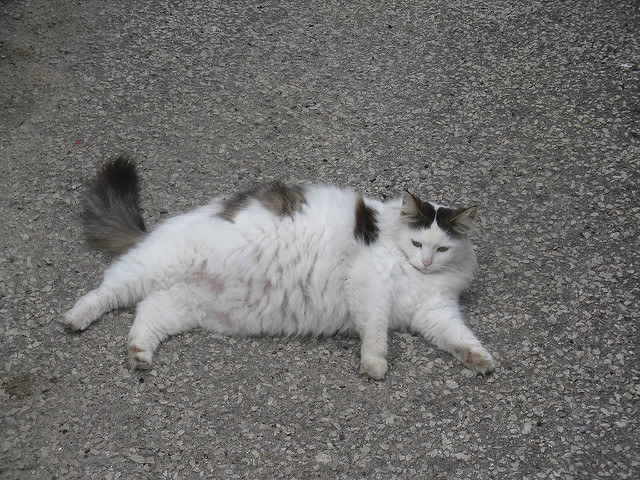 An Apology of Sorts to June

If you believe nothing else, believe that I never meant to run over our cat. There were other things I did, things I’m not proud of, but what marriage ever ended smoothly? I’ll say upfront, in the spirit of total honesty, I shouldn’t have written “bitch” in poison on the front lawn of your new boyfriend’s house. I know you know it was me, and in my defense, you were being a bitch and his lawn was asking for it. How much time does he spend on his knees, trimming away the imperfections with his sewing scissors? When does he have time to fuck you, with a job and a lawn like a golf course?

But that isn’t the point. The point is that a car is a big object and Jelly was stupid. Animals should distrust cars, the smell of death on them—exhaust, leather, pine air freshener—but not Jelly. Jelly shed fur in clumps, peed in corners, was old and slightly blind and mostly deaf. She was a loved cat, I will say that. Our daughter loved that cat. It didn’t make Jelly a good cat. Jelly was a terrible cat. Our daughter loves me, and you wouldn’t say that made me a good husband or a good man, though you could consider it.

I ran over Jelly as I was backing out of the garage, a small thump, like running over a forgotten bag of groceries. When I got out to look, there was Jelly by the left back tire, on her side, ribs popped in like a broken umbrella. I have never liked that cat. If you were honest, you’d admit you never liked her either. But at that moment, I’d never wanted two seconds back so badly. A nothing bit of time, the flare of a match, a sip of coffee, a handshake that spreads the flu. How many seconds—years—have I wasted? Just give me those few seconds back, I thought, and I’ll give you every second this year that I spent respectfully enjoying the delightful sight of a woman’s breasts. No, I won’t apologize. You used to think I was funny. Does the dickhead with the lawn make you smile at deep fried Snickers or tap dancing, plumcots or the Wisconsin Dells? Never laughing at the people who love those things, never cruel, but at the fact of their existence, the why of them, in that there is no why, which is the essence of delight. Because I did that for you.

I’m getting to the baseball bat. That bat was an act of mercy, but you don’t want to see it that way. The animal was suffering. I wanted to call 911, but it wasn’t an injured child, it was a cat, the kind of situation that calls for an adult to take care of it and I was that adult, whether I wanted to be or not. Whether I was capable or not. Who hasn’t been forced to be an adult, to live up to that incredible lie?

I got a towel out of the trunk and wrapped it around her body, a little nest, but Jelly wouldn’t stop screaming, short, high-pitched yowls. I sat next to her, tried to pet her. It seemed kind, better to die with someone’s hand on you. I felt the dip in her skull, the bone so close to the surface. Cats are very small. You don’t think about it. Under that fur, they’re barely there, a bundle of twigs. I kept my hand on her head, moving it slowly until I was at the nape. I could simply crush it, snap it quickly. My hand hovered, ready, and that’s when Jelly bit the flesh between my thumb and forefinger. You will be glad to know, it hurt. It hurt like a bitch.

I swear, Jelly was the stupidest cat who ever lived, but when I came back out and she looked at me with her flat cat eyes, we understood each other. I had the bat over my head. Where to hit her? What would be fastest and cleanest? I wanted to do it. I saw myself doing it and the memory of that imagining feels almost the same as the memory of action. It would have been the kind thing to do, and I might have done it. I want to believe I was going to do it. That was when you drove up, our daughter June in the back seat of the van, her small face pressed against the tinted window.

“Stay in the car, sweetie,” you said.

I dropped the bat, the aluminum clattering against the concrete like breaking glass.

You didn’t speak. You bent down to Jelly and in one fluid motion scooped her up. Jelly bit you, too, but you didn’t drop her. You cradled her to your chest, enveloping her in the towel, holding her firm but lightly, like a crying child, a half-formed thought. Hush, you murmured. Hush now. I’ve got you.

You told me to get our daughter out of the car, to take her inside and watch her while you drove Jelly to the vet. You said to try to do this one small thing. You looked ashamed of me. But I don’t think you had it right. Sometimes it’s better to stop the pain quickly, not to drag it out, not if the ending will be the same.

Gwen E. Kirby’s stories appear or are forthcoming in Guernica, Mississippi Review, New Ohio Review, Ninth Letter, and elsewhere. She won the 2017 DISQUIET Literary Prize for Fiction and is currently a PhD student at the University of Cincinnati. Follow her on Twitter at @farfromgruntled.

Fiction
Previous PostSurvey of Widows
Next PostIF MY BOOK: She Named Him Michael, Heather Rounds