Welcome to another installment of If My Book, the Monkeybicycle feature in which authors shed light on their recently released books by comparing them to weird things. This week Daniel DiFranco writes about his debut novel, Panic Years, out now from Tailwinds Press. 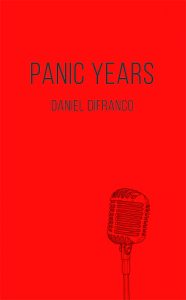 If Panic Years were . . . a candle, you’d take it home and put it on your shelf next to the nicer, fancier candles you’ve never lit because you were waiting for a special occasion. But one day, you’d say, “Fuck it,” and light my candle because you promised yourself you wouldn’t buy any more candles until you’ve lit the ones you already had. And when my candle says “shit” and “fuck” in the first few flickers you’re gonna be all, “Ohhhh, it’s that type of candle.” And then you’d sit down and relax and think briefly, not too hard, about mixed metaphors and that time the author went immediately off the rails during an essay for Monkeybicycle. And wait, is that sandalwood?

. . . an infomercial, it would be the part that’s in color when everything is happy and working—not like when you’re dicking around with those other hard to read books. But, wait! There’s more!

. . . your favorite band on tour, they’d hang out a little bit after the show and sign autographs by the back door and they’d be really cool, and somehow, you wouldn’t say stupid shit.

. . . the President of the United States, it wouldn’t look like it was taking a shit every time it sat on a chair*, even if some of this book will be read while doing that very thing. 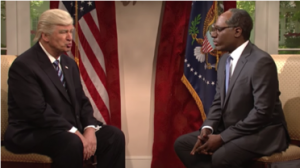 . . . a 90s movie about a band it would be That Thing You Do! crossed with Airheads, but with a lot more cursing, drugs, and sex.

. . . a high school teacher, it’d be the one that never wrote you up, and if it did, it’d probably throw it away at the end of the day when it wasn’t angry anymore and just have a private talk with you about how much of a shithead you were.

If Panic Years were sex in the backseat of a car, the seatbelt wouldn’t be in the way, you’d get the right angle, but clean up would still be a mess. No one’s really prepared for everything in the heat of the moment.

. . . a song it would be one of those songs you’d put about halfway through a mixtape to show the person you like that you’ve got range. That you’re not so goddamn serious all the time. If you played this song at the bar you’d hear one person from across the room say, “Who played this song?” And depending on the bar, that could be said with various degrees of delight or disgust.

**Pro Tip: If you play Radiohead’s “We Suck Young Blood” at most bars, the bartender will skip it. If you play it twice, they will skip it twice. If you try to show them who’s boss by playing “Who Let the Dogs Out,” they’ll actually let that one run and you’ll leave wondering who the joke was really on. What I’m saying is: If there was a Venn diagram of Weird Al, Tenacious D, Tom Waits, The Killers, and Elvis Costello, my book/song would fall somewhere in the overlap.

If my book were in your hands that’d be amazing and I love you and thank you and I hope you enjoy it because all any of us are asking for is the chance.

Daniel DiFranco lives in Philadelphia, where he teaches English and music. He pets and says goodbye to his two cats every day before leaving for work. An alum of Temple University and of the Community College of Philadelphia, he also has an MFA from Arcadia University. In a former life he studied guitar and music performance. A full list of publications and other miscellany can be found at danieldifranco.com and on Twitter at @danieldifranco.

0 replies on “IF MY BOOK: Panic Years by Daniel DiFranco”