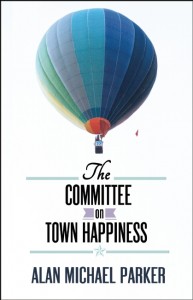 They have their work cut out for them. Soon after we join them, people begin disappearing, never to return. Human bones are discovered where there should not be human bones. “The edge,” an ominous boundary that goes largely undescribed, but which is understood by Committee and reader to be an existential threat, begins to creep up on them, as the Committee itself loses member after member to what would appear to be the void of everything that is not the Committee. One man departs in a hot air balloon and does not come back, so in secret they send someone after him in another balloon. It returns, its passenger missing.

Throughout the many brief stories they tell, the Committee tries to reckon with these phenomena. All seem to elude them, thanks in large part to their incapacity to function as something other than a committee. They refer to themselves only in the first-person plural; the stories name individual members, but always in the voice of the increasingly tyrannical Committee, as it speaks to itself of the mounting problems it lacks the language and wherewithal to reckon with.

The Committee is something like a retelling of John Carpenter’s The Thing in 99 parts, where threats like “the edge” take the place of the shape-shifting alien that in the film wants to eat Kurt Russell (if memory serves). Here we have the same paranoia, the mounting sense of doom that afflicted The Thing’s Antarctic scientists. Parker, however, has rather brilliantly wrapped the horror story in obfuscatory layers of the Committee’s euphemism.

The Committee is, in this way, a satire on a certain brand of thinking that germinates when people come together in order not so much to solve problems as to problem-solve. In the face of scandals, unruly teenagers, and things far more terrible, the Committee on Town Happiness takes minutes. It votes, on everything. It assigns ratings—on a scale of 1-4—to such things as “Candor” and “Suppressed rage” (awarded a 1 and a 3, respectively), and draws up draconian rules for the operation of food wagons. “After an unprecedented five tied votes,” the Committee tells us, “we have given the air a 3.” With lines like this, The Committee is a ninety-nine story send-up of some of the side effects of democracy, such as the persistent need for a democratic body like the Committee on Town Happiness to speak of trivial things—in their minutes and in the text—as if they were not trivial. Small-time matters are readily, absurdly, inflated, giving way to autocratic declarations like, “All back lawns must be friendly.”

People who take themselves too seriously are sad, funny, and dangerous; and as the Committee seems to grow less relevant, and its numbers shrink, these qualities grow exponentially more pronounced. “It began with happiness, and it will end with happiness,” they declare. This is what a committee sounds like when it is on the edge of death—or irrelevance, as the case may be: mad, desperate, but a committee to the very end.

Reading this book, incidentally, one cannot help noting how often one finds oneself in situations where thinking is done by committee, even if the body in which one meets is called something other than a committee.

And it is a curious irony that a book whose narrators are so consumed by boundaries, by limits of jurisdiction, by the appropriate ways in which to do things, can be the sort of reminder one needs, once in a while, of the fruits of experimentation with form. Writing throughout in the first-person plural, Parker eschews concern for the psychology of an individual character in favor of a portrait of group think.

This produced the simultaneous effect for me, of wishing I had had the idea to write this book, and feeling awfully glad that I did not think of it, as Parker has imposed on himself an unenviable formal constraint. To write in the collective first person, and to keep every story as brief as these stories are, risks trying a reader’s patience; even Lydia Davis, who writes shorter stories, perhaps, than anyone, includes in every collection some lengthier short fiction. But Parker skirts these hazards, balancing throughout this volume a unique sense of humor against a subtle, idiosyncratic, looming sense of menace.

Although I have called the formal constraints unenviable, the book that has resulted from Parker’s adoption of them is exactly the opposite. This is a smart, funny, complex book that I, for one, find hard to categorize; it seems as much a novel as a story collection, when at the same time it might be neither of those things. This confusion is refreshing.

0 replies on “Book Review: The Committee on Town Happiness by Alan Michael Parker”