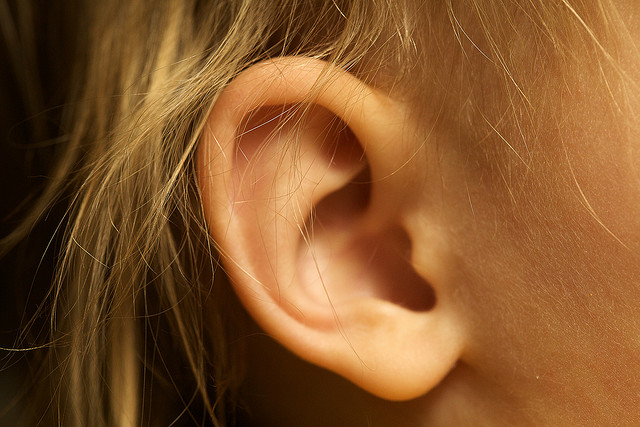 Cauliflower perches behind your ear and talks to you in a tinny voice. Time to walk the dog, it says. You put the emerald collar on the white Pomeranian. Fluffy’s always smiling, no matter what. His paws click on the black and white squares. You wrap yourself in your evening capelet, silk and egret feathers. Cauliflower tells you it’s a one-of-a-kind Coco Chanel.

Outside, it’s blue: the air cool, the fog unfurling. Sulfurous street lamps glow—a drizzle only seen in their skirts of light. Fluffy pants in the sea breeze. Cauliflower tells you it’s time to pick up the dress, before the shop closes. Walk to the boutique on the waterfront, on the street with slick cobblestones. Bright square of light. A princess dress in the window, pink and gauzy and flouncy like a pile of meringue. Organza-tulle. That one isn’t yours. Yours is inside, a foaming absinthe green, faint streaks of lemon. Cauliflower tells you to look inside your clutch. The clutch is jeweled with pink quartz. You click it open, mildly surprised by the roll of bills inside. Cauliflower put them in there for you.

You pay the shop girl for your green dress. Say, “I’ll wear it out.” Voice steady, cool. You’ve done a good job so far. She nods, shows you a dressing room draped in white crushed velvet. Fluffy nests in a bolt of it pooling on the floor. You leave behind your old clothes, rags. Everything except the capelet, which you re-drape on your shoulders after you’ve admired yourself in the gown.

Take Fluffy and the dress on your body to the Empress Hotel. Await further instructions.

You take the long way around, along the water, sailboats bobbing in the night. You see the multitude of bright squares in the stone building across the dark, dewy lawn. Turn away from the water and up the pebbled path.

Pass under shadows of dripping oak and hemlock, your feet and Fluffy’s crunching on stones. Say “Bengal Lounge” to the valet. He nods, escorts you there himself, a perfect gentleman. No one asks you to leave Fluffy at the door. Little gem of a dog.

He, the one you want, sits in a leather armchair draped with the pelt of a Siberian tiger. His drink a sea green.

A slightly wolfish grin. A nod to the chair beside him. No tiger pelt. It creaks beneath you, like rosehips rubbing on a winter window.

He beckons a waiter in a white coat. Say you’ll have what he’s having.

“Very good,” says the white coat. He brings the green-hued drink. Like a glass of moss and smoke and ice.

“Chin chin,” says the man reclining against the tiger pelt.

After the drink, say, “Where are you staying?”

“A suite upstairs,” he says. “Would you like to see it? I have a very special scotch up there.”

“This is special,” you say.

The man leaves bills on a silver tray beside the glass. He rises and offers his hand, helps you up. Head pleasantly buzzing.

You and he follow a carpet of roses. Fluffy’s paws muted on the carpet. Only the twinkle of his emerald collar. You step onto the wrought-iron lift with the man. A red cap cranks the lift and it buoys upward with a gust of air and a faint whirr. All the way to the top of a tower.

Enchanté, you want to say. Cauliflower tells you it’s the wrong time to say that, so you say nothing.

In the room, a picture window shows the sparkle of lights bobbing on the black water. The moon is big and green. The lunar light soft inside the suite, white furniture washed viridescent. The man has his back to you, fixing the drinks. Cauliflower tells you it’s poison. Cauliflower tells you to look inside your pink quartz clutch. Inside where the roll of bills mildly surprised you is now a silver ice pick. You test its sharpness on your finger, prick it like Sleeping Beauty’s spindle. Blood dribbles onto Fluffy’s white velveteen ear.

Cauliflower tells you to take the ice pick, put it in his neck.

You sink it more into his shoulder than his neck. His throat makes a short, wet sound. Then the part where the ice pick went starts to hiss. His body slowly deflates. You watch him crumple to the ground. His head thuds on the carpet pile. Sound like a melon. His face crumples violet, chartreuse.

Cauliflower tells you to wipe the ice pick on a tea towel and put it away.

Cauliflower tells you to take Fluffy and walk calmly to the water.

Cauliflower tells you to board the next boat to the City of Glass.

You go there with Fluffy in your organza-tulle lap. The egret feathers of your capelet keep out the sea’s chill. You sniff the spot of blood on Fluffy’s velveteen ear. You dip the tip of your small pink tongue to it, lick it off, more salt than sweet, and spend the boat ride with your cold nose buried in Fluffy’s impossibly soft fur.

Anca L. Szilágyi is a Brooklynite living in Seattle. Her fiction appears in Gastronomica, Fairy Tale Review, Washington City Paper, and Cicada, among others; her nonfiction appears on the Ploughshares blog. She was awarded an inaugural Made at Hugo House fellowship and grants from 4Culture and the Vermont Studio Center. Currently, she is a Jack Straw fellow and teaches creative writing at Richard Hugo House. The Stranger hailed her as one of the “fresh new faces in Seattle fiction.” Find her on Twitter at @ancawrites.

Fiction
Previous PostYour Ghost
Next PostAntiques and Other Sundries