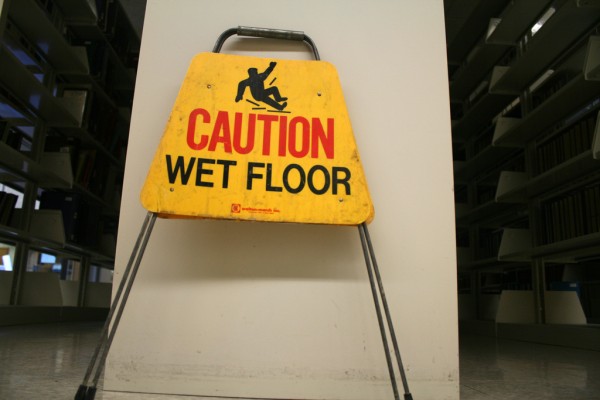 Looking back at the first time, I would say, yes, probably my fault. I should have been able to tell the difference between expired ranch dressing and unexpired ranch dressing, and I shouldn’t have mixed the two together. Could I not identify the smell of rancid milk? Did I not notice the blue floaties? No. And the salad bar has always been such a popular feature. When the first wave of the lunch rush started yacking on the sneeze guard, I probably should have shut down. When the claims of salmonella started piling up, and then the wrongful death suit came in, I knew my days of “Makin’ It Wicked Awesome” for the residents of South Burlington were over.

The second one, I would say, was not totally my fault. Yes, I saw the boy wobble as he tried to dismount from the ski lift. I saw him fall off and land on the ice. I thought the bottom of the chair lift would pass right over him. I don’t think anyone expected his head to pop from his neck like gunk from a pimple. I called Ski Patrol, but all they could do was strap the torso onto a sled and take it down to Base Camp. I was the one who found the head. I know, I shouldn’t have skied down the mountain with it, clutching it by the hair, but I had to get it down there some way. And I should have stopped the ski lift sooner. All those poor people, dismounting into a bleeding neck. Terrible.

I still feel pretty bad about the third one. I thought I had finally found my calling in life, writing for the local paper. The Snoozer, that’s what people called it, but I loved writing about high school sports, picking athletes of the week and jawing with the old ladies in the community. But no, tragedy had to strike again. I blame the lack of a copy editor. I had meant to say how Jessica Ribodeau was “so fast none of the boys could touch her.” No one likes to be called fat, and I guess that goes doubly so for an anorexic. There’s just nothing funny about teenage suicide.

It was hard to gain employment after the Globe wrote a profile on me. It showed me standing next to a yellow warning placard: “Caution,” the sign said. “Wet Floor.” So when the superintendent gave me the teaching job he told me it was probably my last shot. “These are kindergartners,” he said. “Remember that.” What damage could I do, I told him. The sharpest thing in the classroom was a crayon. I had to pass through a metal detector to get in. Who knew a laser pointer could cause so much mayhem? I was just trying to do some real-life educating, taking advantage of the school being along the flight path between LaGuardia and Rutland Regional. There are the engines, I said. There are the wings. There’s the tail. And that’s the cockpit, where the pilot sits. At least all my kids were OK. It’s a shame the high school had to be built so close by. Perhaps, when the tears have dried and we’re all ready to move on, the county will need to hire a few construction workers to help rebuild the school.

Ben Hogwood lives in Eastern North Carolina and is working on an M.A. in Creative Nonfiction. While he has worked in journalism for more than a decade, “Caution: Wet Floor” is the first piece of fiction he’s had published. Find him on Twitter at @BenHogwood.