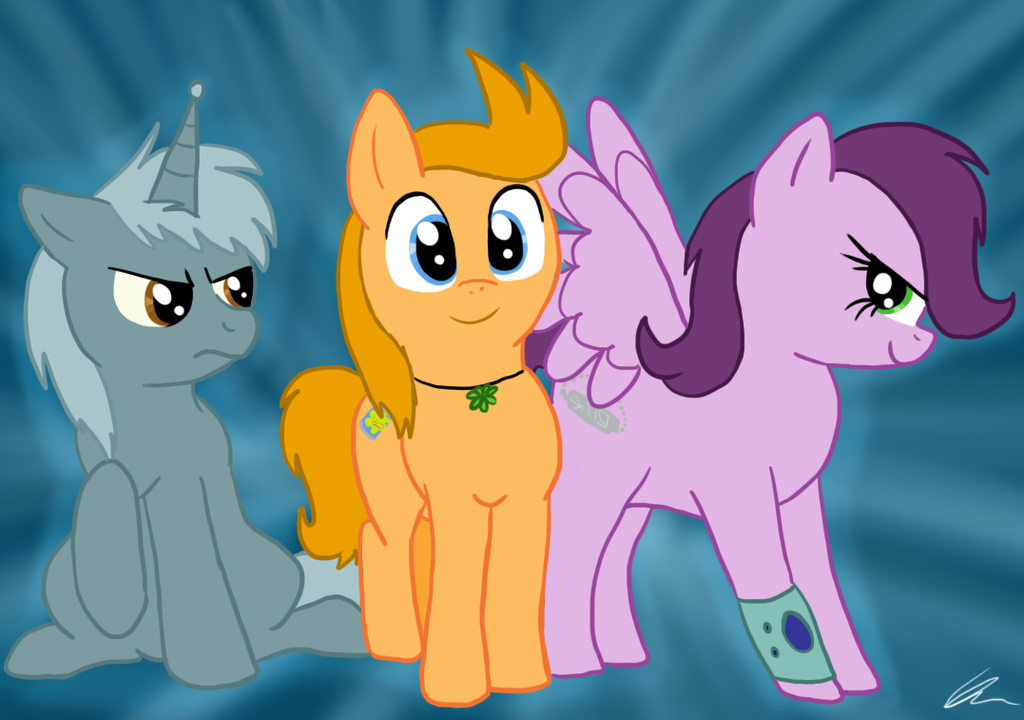 There were five of them: Moondash, Starlight, Angel, Sunny, and Comet. Together they lived in the Cloudy Kingdom, a pillowy realm in the sky, and had all sorts of adventures.
Each represented a Virtue of Goodness: Trust, Truth, Forgiveness, Sincerity, and Love. Moondash and Starlight were twins, their color schemes inverted: Moondash was silver with blue hair, Starlight blue with silver. Sunny was the silliest of the bunch, always giggling and happy. Comet was a bit bookish, definitely the most mature of the group. Angel was certainly the prettiest.

Theodore watched them in the deepest recess of his closet. He watched the rainbow of their manes and tails. He watched their heart-shaped hooves and long lashes. He hunched close to the laptop’s screen, the lenses of his glasses glowing ovals. He wore a burgundy polo shirt buttoned to the neck. He hadn’t washed his hair all week.

Downstairs, Theodore’s mother read Fifty Shades of Grey on the back patio. In the living room, his father balanced a can of Budweiser on the shelf of his belly and watched the Gamecocks fucking it up again. Every now and again he’d burst forth with a holler when somebody fouled a pass or a shit play was called. Occasionally, Theodore would hear the creak of the old recliner as his father shuffled towards the kitchen, the rubber kiss of the refrigerator door as he reached for another beer. Theodore could smell his mother’s distant menthol cigarette.

Just in case, Theodore had built a makeshift alarm system at his bedroom door: his clarinet, sealed in its case, sat atop his Algebra and U.S. History textbooks, which in turn held his jar of pennies. If anyone tried to push the door open, the pennies would scatter, giving Theodore just enough time to snap the laptop shut and act as if he’d been changing his shirt. No one would know. No one ever needed to know.

Theodore had been at his sort-of buddy Kyle’s fourteenth birthday party, dragged by his mother who was in a book club with Kyle’s mom. The mothers jabbered about casseroles and who would usher the nine o’clock service while Kyle somersaulted on the trampoline. It was furiously humid that summer, the inside of the house gloriously cool with air conditioning. Kyle’s cake, huge and sprinkled, sat on the counter. Theodore’s mouth watered.

Theodore pissed, splashed his hands under the faucet and tried not to look at himself. He was sweating under his arms, which was bad enough, and under his breasts, which was worse. There was no other word for his breasts; that’s what they were. Sad, fat little tits that he’d somehow acquired in the past year or so. He looked away from the mirror and remembered, again, how much he hated himself.

In the living room, Kyle’s two younger sisters sat absorbed before the TV, popsicles in hand. This was when Theodore first saw them: five dazzling little horses, prancing and laughing, their huge eyes, the amazing hues of their world, bright yellows and vivid purples, raspberry blue, marshmallow white. He forgot about his moist reflection, absorbed in the Kodachrome skies and halogen smiles of the cartoon before him.

His mother found him an hour later, alone on the couch. Her shoulders were sunburned, minty smoke wafting off her like fine perfume. “What on earth are you watching?”

Theodore kept his eyes on the screen. “Care Mares,” he whispered.

After Kyle’s party, he’d immediately sought out more. He scanned the scrolling guide channel on afternoons when his father hadn’t yet come home to monopolize the TV; when he saw the listing for Care Mares, his heart quailed. He watched, tensed to any noise that might reveal him, his finger poised above the channel up button. If he was found, his father would ruin him. Boys tossed around the pigskin and drove loud cars and dipped Skoal and killed bugs; boys didn’t watch shows meant for little girls. And if they did, they certainly didn’t like it the way Theodore did. At night he dreamt of the horses and their downy flanks, their supple tails. They smiled at him with remarkable teeth and welcomed him into their herd.

He’d convinced his father to buy him a laptop for school. A refurbished one, nothing fancy, but everyone had one these days—teachers expected typed essays and all the study guides were online. Theodore didn’t expect the request to work. It did.

Sometimes, yes, Theodore used the laptop for school, but mostly, he watched Care Mares in the privacy of his closet.

Today Theodore revisited one of his favorite episodes, “A Horse is a Horse,” where spunky Moondash decided she didn’t want to be a Care Mare anymore and had an identity crisis. She spent the episode insisting she was a giraffe, a donkey, even an elk, until it was finally revealed that she didn’t like being a twin, that she felt like Starlight outshone her. Angel, Comet, and Sunny all cried that it wasn’t true, and at the episode’s end, Starlight told her sister that she wasn’t half the horse Starlight was, but twice as much! Brainy Comet pointed out the fuzzy math, but Sunny hushed her. After all, they all loved Moondash just as she was! Together they joined hooves and spun away in an orbiting rainbow of glitter.

The next episode queued itself and played. Theodore sighed. He shouldn’t, he knew—every second inside the closet was risky, dangerous—but it was Saturday, and dinner was hours away. He kept watching.

The feeling ebbed into him, symptoms he recognized but tried to deny. The episode focused on Comet. She was Theodore’s favorite—Angel was too pretty, shallow and superfluous, and Sunny was too often giggling and babyish. The twins were too similar to one another, and that left Comet, but even if he hadn’t eliminated the other four, she’d still pluck something deep in his heart. She was reserved and intelligent. A little geeky, maybe, but Theodore had been called a geek and worse too many times to count. Comet was practical, the problem solver.

In this episode, the other Mares chided Comet about her studiousness. Starlight and Moondash were throwing a party, but Comet decided to stay in and study, even though it was nowhere near finals week at Horsey High. Ultimately, through a series of comic mishaps—the evil Chaos Chimera crashed the party, forcing the girls to restore justice with their Virtue powers—Comet realized the importance of balancing work with fun.

Comet sat alone in her room, studying quietly, oblivious to the disaster at the party she’d declined. It was here Theodore lingered: the thought of Comet, pining out the window and regretting her academic ways. Comet, lonely, her book-crammed shelves her only friends. Here, Theodore would enter, but not Theodore as he knew himself. A different version of Theodore, taller, stronger, older, and not in his own body but a horse’s, a great chestnut stallion. And here he would cradle Comet’s worried head, their necks nuzzling, his jowl against her withers. She would whicker, ever so softly, and together they would move from the doorway to the desk, to the floor.

Theodore’s left hand dove under his waistband. His right hand lurched for the keyboard.

Theodore and Comet, Comet and Theodore, both horses, flank to flank.

The jar scattered, but Theodore’s panting hid the noise. When he heard the knock, he had already begun, and he was helpless, crouched and exposed, when his father opened the door.

Rachel Richardson was born in 1987 in Tulsa, Oklahoma. “Clopping” is one of 50 short pieces that comprise her one-per-state book of short fictions, State, currently seeking a home. She has previously been published in Sundog Lit, Wyvern Lit, Passages North, Gigantic Sequins, and elsewhere. She can be found online at www.rachel-richardson.com where she blogs about movies and dogs on Instagram, as well as on Twitter at @pintojamesbean.

Fiction
Previous PostIt was Podcast Equipment, Not an IED
Next PostNineteen Things Only People Who Are Not Going to Survive the Hour Will Understand