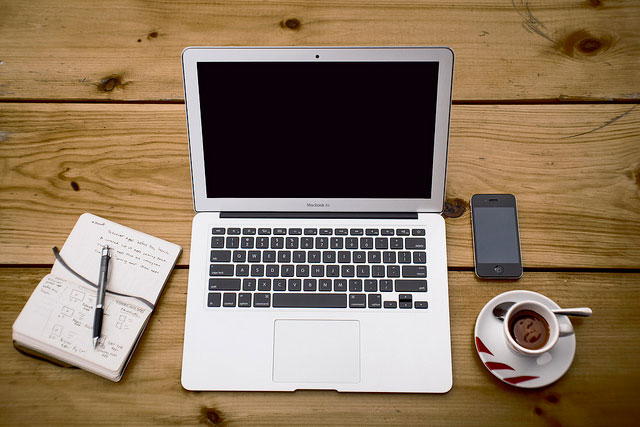 “No,” he writes. “I’m sorry. I don’t think the phone is such a good idea. I don’t want to race to the finish line, remember?”

That’s bullshit! you want to reply. It’s been two months. Fuck the phone. It’s actually about time we meet!

But you don’t write that. You don’t write that because this Digital_Suitor business is really the only steady thing you have going right now, in the new city in the furniture-less apartment with the writing slab sutured to the wall. The new city, like most new cities, has been colder and harder than you’d anticipated. You don’t have money to eat well, which means you don’t sleep well, and at the end of the day, the Digital_Suitor’s e-mails form a warm spot in the pathetic void of your life.

The Digital_Suitor writes: “No phones. Let’s keep writing, ok? Please send more photos.” He references one of your Mexico photographs with half of you in it, a cactus blocking the right side of your body and half your face. “That little hint of you makes me stir in the nether-regions,” the Digital_Suitor writes. “Being too easy is its own disappointing fact. I’m liking you sending photos to me.”

“Have you ever traveled?” you write instead, enclosing no additional photos, shifting the subject away from the Digital_Suitor’s “nether-regions” comment, which rubs you the wrong way, its own disappointing fact.

The Digital_Suitor has traveled, as a matter of fact—through Vietnam, on a motorcycle, and also to Berlin, Germany, where, after a Kraftwerk concert, several beautiful women approached him. But when he tried to get them into bed, they backed off, walking away in a tight group of three, the threads of their voices taunting him as he followed them several blocks down the sidewalk. There was a knot of traffic, and the women had to stop and wait for it to pass. This is when they turned back to look at him. A sudden burst of wind whipped their hair wildly. They smiled, beckoning him with their long fingers, but the Digital_Suitor declined, mentally citing the risks. Besides, the Digital_Suitor is not one to go in for sex without love, as much as his seductive behavior suggests. But, though he declined to kiss their lips, he’ll never forget the faces of those German women.

“Wow,” you say aloud, “the Digital_Suitor really has become a better writer.”

A suspicion stirs your mind: did the Digital_Suitor really write that?

“How could you possibly have any way to know?” you say. “I don’t even know his last name.”

So you copy the line about the “threads of their voices” and paste it into Google.

So you google P.T. Burningham.

According to P.T. Burningham’s Wikipedia page:

“P.T. Burningham (born July 27, 1945-present) is a Welsh writer and librettist. His notable works include several short stories, including “As the Light Fails,” “Pendulum,” and “This Has Got to be a Joke.” He is also a notable librettist, having written for some of Wales’ finest opera houses, including…”

Frenetically, you open your e-mail. Your pent-up rage comes flowing out in a torrent:

How dare you plagiarize a story by P.T. Burningham and call it your real life? How dare you string me along via e-mail for months? It’s not like this is some kind of long-distance thing. We live in the same goddamned city!

You continue, fingers flying, heart pounding, knowing as you type that this is too much, that it’s a turn of the knife too final, something you’ll never be able to get back from. Yet you type it anyway:

And what kind of a person makes their dead dog’s name their e-mail?

You pace around your apartment, simultaneously regretting and applauding yourself for sending the e-mail. You understand there is a 97% chance you’ll never hear from the Digital_Suitor again. You understand this certainly puts a crimp in your human contact line, in the cold, hard city where the few potential friends you’ve met say they’ll get back to you but never do. But then again, you remind yourself, who would want to maintain an artificial correspondence with a phony like the Digital_Suitor? You have some integrity, after all, a moral backbone, and even if you are a server at a circus, you are still better than bowing before an Internet creeper who refuses to “race to the finish line.”

Here’s the goddamned finish line! you scream, to which your next door neighbor replies with a volley of fists against the shared wall.

Within the hour, The Digital_Suitor replies:

I am sorry to have plagiarized a story by P.T. Burningham, and for you to have discovered this fact. I imagine that must have been a terrible moment for you, rocking your faith in the human soul. Despite the fact that I am, in fact, the Welsh writer and librettist P.T. Burningham, it was unfair of me to take a line from a short story written in 1968, when I was at a very different phase of my life, and send it to you in the year 2014, out of context, as though I wrote it specifically for the purposes of our correspondence. My only defense is that writers do this sometimes, take scraps from their stories and integrate them into their lives, because the gap between reality and fantasy is often quite blurred for us, making it difficult to pinpoint the exact space where truth resides. We writers really are an unfortunate breed. I imagine you, as a painter, might understand that.
If anything, I do hope you might come to view my plagiarism, my lie, my terrible misstep, as an opportunity. At least, now, we are really talking. I tried my best to alter my writing style during our correspondence, so you might believe me to be a man in his early thirties, residing in the same American city as you, when in fact I am a nearly elderly and rotting Welsh author and librettist, existing in a debilitated castle in the isolated, yet magisterial, highlands of Northern Wales. I hope you might understand my loneliness, my pure and basic need for correspondence, as the driving force behind my lie. In truth, I have lost the ability to walk, and have been composing my letters from a wheelchair. Please know, that of all the women on [insert dating website here], I found you the most lush, the most beautiful, the most intriguing. The fact that, in addition to these triumphant physical qualities, you are a painter, drove my fancy to desperate ends. I do hope you interpret my behavior not as predatory and malicious but, rather, as the deepest form of flattery. I also hope that, together, someday, even if it occurs in the ether and not on the page, we might come to a shared understanding of what has passed between us.

With great apologies and admiration,

(Read part I of “The Digital_Suitor” here, and part III here.)

August Evans has written in Mexico, Sweden, and Aix-en-Provence, France, where she taught before studying writing at the University of Chicago with Nic Pizzolatto. Her Pushcart-nominated story, “The Mythology of the Wife,” was a finalist for the 2013 Kore Press Short Fiction Award, and appears in the Delmarva Review. Find her in Entropy, HTMLGiant, Melusine, The Drunken Odyssey podcast, and Bad at Sports, a contemporary art blog. Her story, “Figs,” is forthcoming in the January 2015 issue of Isthmus. Find her on Twitter at @lyte_in_august.