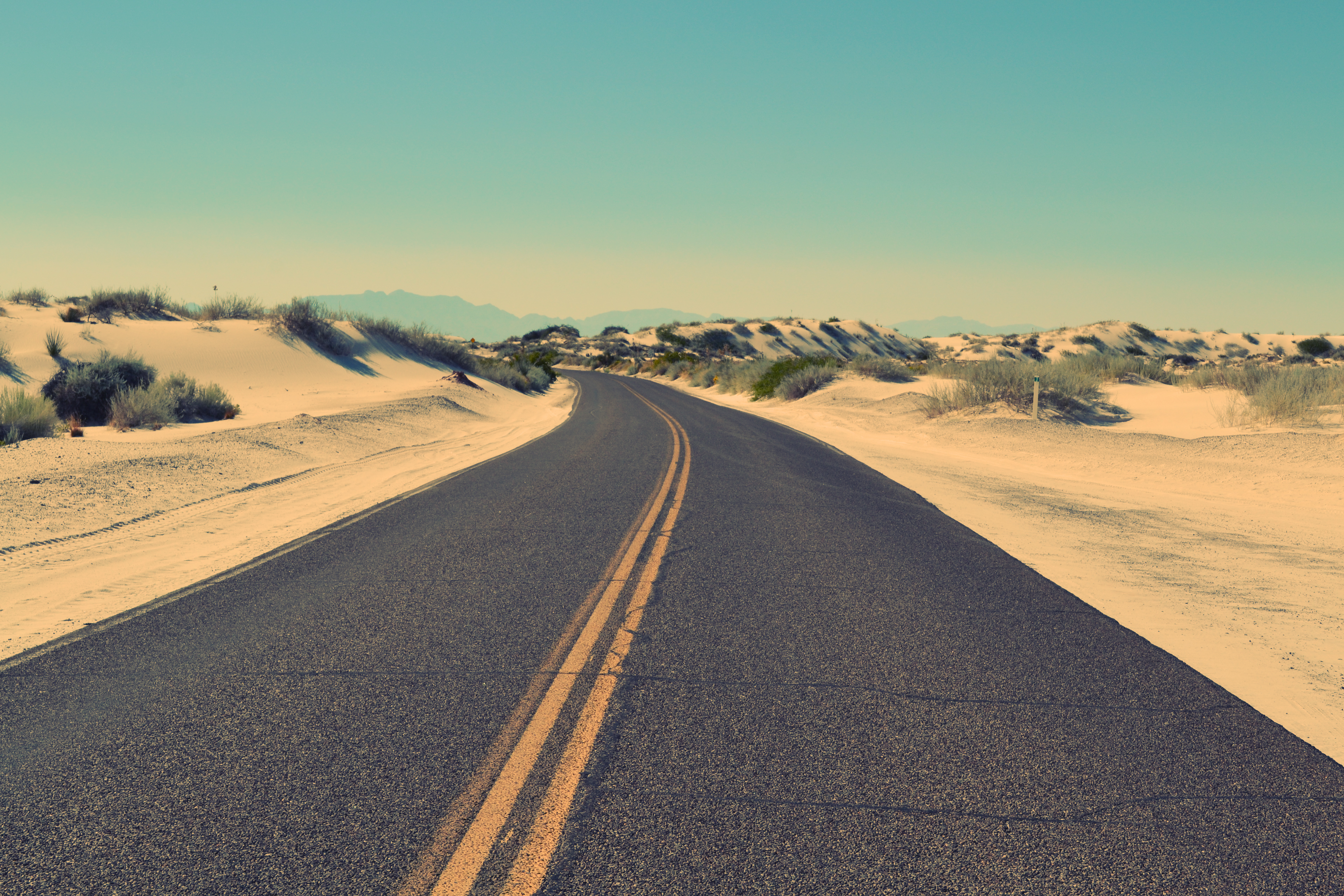 We’re driving west along the I-10 on the lonely stretch between El Paso and Tucson, sweat beading up the back of my knees, sealing my skin to cracked vinyl. Roger’s got the passenger seat too far back and his window open, hot desert air rushing in over his face. His dark hair flutters, alive. His eyes are closed like he’s sleeping, but he’s not. Roger never sleeps.

I sense something’s not right with him today—he’s got that air of violent boredom about him he sometimes gets. I think I know where this is going, but I’m waiting for him to say something first. I’m always waiting for Roger. My hamstring’s cramping behind the accelerator, waiting. Outside, vultures spin on thermals. There’s a gun in the glove compartment.

He opens his eyes and turns his head toward me. “I feel like doing something big,” he says.

“Big?” I say, innocently, as if I don’t know what he means. I know him too well, all these years together. He’s part of me.

I was seven when he first appeared. He was so much older than me, then, but just being around him made me feel stronger. Whatever my parents had said about strangers, I knew he wasn’t one. “Let’s run away,” Roger said that summer, and we made it all the way to the tangle of wild raspberries at the edge of my family’s acreage, that dark space where coyotes prowled, where ghostly trains tracked through sweltering nights. The wildness terrified me. Roger wanted to go on—he always did—but I sat down and cried.

When I was ten, Roger taught me how to kill. For an instant, I was proud of my shot—a pellet, straight through the heart; a puff of feathers, falling. But I didn’t like the feel of dead things in my hand, the deafening absence of heartbeats. The way my breath bent downy feathers across the sparrow’s chest, the way I was the wind, strong and empty.

I got older, but he never did.

In high school, Roger talked me into buying issues of Cosmo and snickered when I stuck my fingers down my throat. “You’ll never be them,” he’d say. “Why bother?” And I knew he was right, every chocolate confirming it. So he taught me how to touch myself—with my palm, my fingers, anything really. I think he liked watching, and I didn’t mind. I was burning up inside, and sex was safer than the alternative.

I left for college, and he encouraged me to sleep around, try guys on like clothes. He plied me with tequila, and boys I didn’t even know walked me home off sticky dance floors. For the first time in my life, I felt desirable. I felt like there were times I could lose him, among dusty cubicles at the library or along stretches of Union where the streetlights were out.

But I never lost Roger.

Year after year he intensified. Was it too much meat? An inheritance, from my mother’s side? Did I write him to life? Suddenly he was with me even when he wasn’t—a nudge in my ribs, a shadow in the corner booth, a buzz in my ear.

Just this morning, I pulled open the door of my motel room and blinked myself into the eye-shattering light and there he was, leaning against the car, smoking a cigarette.

“Happy birthday,” he said, every bit as twenty-three as I am now. “Let’s go.”

So here we are, Roger and me, mirages on the freeway, getting ready for something big.

“Next rest area,” he says, sliding the gun into my lap. “We’ve got six shots, plus these. You know what to do, right?” The spares rattle like teeth inside the cardboard box as he sets it between us.

My breath lodges in my chest.

Yes, Roger, I know what to do.

I gaze ahead, eyes on the road, eyes to the horizon. New Mexico stretches out beneath the sky—a glaring moonscape smattered with loners, seekers, aliens. The last.

Two miles before the exit, I smile at Roger, lift the gun and click the safety off, pull the trigger. My head shatters even before the car does, even before we fly and fall and crumple into the sand—one body, ready to be found.

Amanda Niehaus is a writer, editor and scientist living in Brisbane, Australia. Her work has appeared in Peppermint Magazine and was featured by Tiny Owl Workshop on pillows and in Christmas crackers. Find out more at www.amandacniehaus.com or say hello on twitter at @EasyPeasyOrganc.