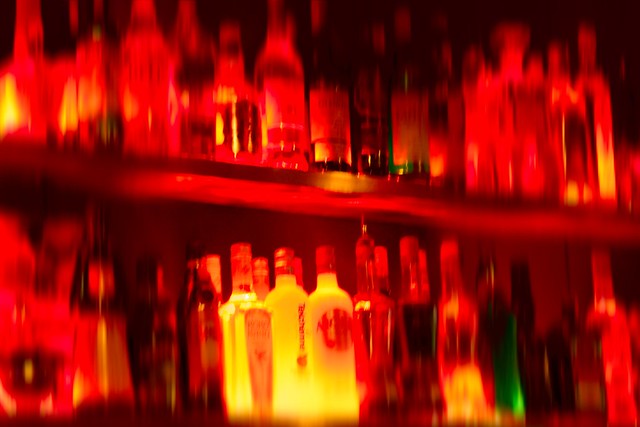 I do not want to die here. Our cabin faces a lake and forest, shrouded in thick gray mist. I will be chased through the forest, trip and fall into the wet undergrowth. The lake is for disposal of my body. He wanted to come to this town—I’ve been to Hell and back, and all the rest of it. And nothing has been the same between us since we landed in Oslo four days ago.

I touch the frozen glass and wait for a predator to emerge from the gloom.

“Do they have bears or wolves in Norway?” I say.

“Both. And not just brown bears, polar bears, too.”

I walk over to him. He leans against the headboard, legs stretched on top of the quilt. He reads his phone.

“That serial killing happened here too, didn’t it?” I say.

I sit beside him on the bed, gripping my T-shirt. My bra is plain cotton, faded pink, worn and washed a thousand times. My stomach has two rolls of flesh. I sit straighter and suck in my stomach, so that it disappears and my breasts appear bigger, higher.

“What are you doing?” he says.

“Back home I’m going to join a gym and buy nice underwear, silk, see-through. Blue is your favorite, right?”

“Are you even breathing?”

I let out the air held in my chest and the rolls reappear.

He smooths a finger over one roll, then the next, and says, “Do that stuff if you want, but don’t do it for me.”

“Who else am I going to do it for other than my husband?”

He rises from the bed and goes to the bathroom, slamming the door.

It is growing dark. The air is arctic, my lungs are rigid. I tell myself to breathe. We are surrounded by mountains with black cliff faces. They loom.

He tips his head back to the dim sky and says, “It’s not even snowing.”

I nose deeper into my scarf. “It’s cold enough.”

The streets are quiet, empty. Someone is loading a gun, training the crosshairs on us. I take his arm, but he tenses.

He shrugs my hand away. “Stop freaking out. You watch too much Nordic noir.”

His patience has never been as thin with me. I rise onto tiptoes and kiss his icy cheek, lick his earlobe.

I draw on his arm, pulling him to a stop, and hold his face. His vacation scruff is soft. I kiss his lips. I kiss him over and over until he opens his mouth. He pulls me against him and there are too many layers between us. I try to hold him tighter, but he stops, lets me go, and murmurs, it’s okay.

“They say long-term couples should kiss for at least six seconds per day.”

“Why do you listen to that shit?”

“If you’re counting the seconds then what’s the point?” he says.

He slides his arm around my shoulders and drags me close so that I am buried in his side.

Lucifer. The bar is hot and they have taken the metaphor too far. Or it is normal room temperature and outside is colder than I thought. Dance music plays. It booms. A woman sings, “There is nothing in your soul tonight.”

We strip away coats, scarves, gloves and sit across from each other in a booth. The walls, furniture, everything is red, more blood than fire. A headache descends over my right eye, accurate and merciless.

He buys us each a shot of akevitt and a beer chaser.

“It’s like schnapps,” he says, when I peer at the akevitt.

“Why did we fight in Oslo airport?” I say.

“We shouldn’t fight in public.”

He shakes his head. “I don’t know why we fight at all.”

My tongue hurts, it stings. I must have bitten it in my sleep, bitten hard.

He goes to the bar for more drinks. The woman serving him could not be older than twenty-one. She wears a headband of red shiny devil horns and a black lace bustier. His eyes will slip from her face to her breasts, again and again.

A couple bump and grind on the dance floor. I shred the label from my beer. They kiss and kiss and kiss. They are young. We used to dance like that in our apartment. He could not stop touching me. I used to say, you are insatiable.

He returns with our drinks.

He smiles. “Tunrida. It’s the name of a Scandinavian female devil.”

“What sort of bar is this? A strip club?”

He shrugs. “Her real name is Polly. She’s from Manchester.”

He takes a long drink of his beer. He shuts his eyes. He probably has Tunrida-Polly bent across the bar and she is smiling over her shoulder at him saying more-more-more-you-are-so-big.

“Hindus believe that kissing is inhaling the other person’s soul,” I say.

He stares at me. “You know I don’t believe in the soul.”

“What do you believe in?”

I drink my beer. My jaw is sore and I rub it with both hands when I know that only crying will ease the ache.

He pulls out his phone and he’ll read it, scroll, look at fuck knows what, but he lifts it and takes a photo of me.

He checks the photo and his gaze is gentle, he smiles, he murmurs it’s okay, it’s okay, beautiful, and I don’t know how to make this last.

Melissa Goode’s work has appeared in Best Small Fictions 2018, Wigleaf,SmokeLong Quarterly, Superstition Review, Forge Literary Magazine, and matchbook, among others. Three of her stories were chosen by Dan Chaon for Best Microfictions 2019. She lives in Australia. You can find her here: www.melissagoode.com and at @melgoodewriter on Twitter.