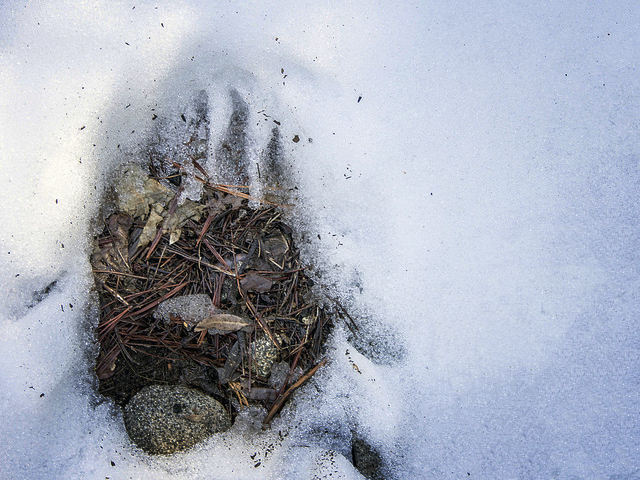 This is all he ever knew.

Dan Morris held his wife, Kathleen, outside their bi-level on the outskirts of State College, PA. Over the past week, the autumnal air had subsided to the harsh, Northern Pennsylvanian winter. A canvas of snow had begun to form. As they released from their embrace, Kathleen’s blonde fishtail was whipped by the icy air. She shivered and grabbed her husband again, burying her hands into his pockets. Her floral perfume reminded Dan of when they first met at Columbia University. Dan was prepping to defend his thesis and Kathleen had just moved from New Jersey to get her MFA in Music Composition.

He remembered the sadness then; it caused his bones to ache in the morning, his body’s attempt of using physical pain to prepare Dan for the inevitable emotional pain that was to come; eventually it manifested in his gut, a brilliantly sharp ache that often paralyzed his appetite; there were occasions where he would go for days on coffee alone, eating only when he began to feel light-headed, and, then, just enough to quench the vertigo. A member of his cohort, James, had painstakingly pried Dan away from the library for an end-of-the-semester cocktail party. A native of Brooklyn, James lived in a Park Slope row-home that had been gifted to him from his parents after their move to North Carolina. A piano sat in the dining room of this house. Now largely ornamental, the piano had been purchased by James’s mother whose mid-life crisis was a short-lived desire to master the instrument that she had abandoned in her youth. It was at this piano that Dan first saw Kathleen. He was sipping a Rye Manhattan, which his empty stomach revolted against. It was the improvisational tune that drew him into the room, but upon seeing who was creating it, Dan found himself transfixed there. She was small, but not frail, her long hair in signature braid. Her fingers danced across the ivory, pausing only to raise the martini glass to her lips. She never quite made the sadness go away, but her presence clouded it as he traced her slight curves that night on the back balcony or the many evenings that they laid in bed in her Village studio as she scratched notes onto parchment with a fountain pen. Dan felt this cloud begin to form again as he kissed her for the last time.

“Sorry, this conference came out of nowhere. I really hate to leave you and Eva on a snowy day.” Dan lied.

“Oh, we’ll manage. Besides, it’s only a few days. I love you.” she responded.

He went up to Eva’s room before he left. Just days prior, Dan had frantically made the decision to repaint the room a light-blue, realizing that she was about to be old enough to appreciate that kind of thing. She was still asleep. Dan carefully bent down, kissed her on the forehead, and whispered, “it’s better this way. Daddy loves you.” Careful not to wake his daughter or Kathleen, who had returned to bed, Dan went outside to his sedan, scraped the frost from the windows, and began the drive out of town.

Dan only stopped at a service plaza. His tank was flirting dangerously near empty, but he thought it would be a waste to fill it, considering the linearity of the destination. Instead he filled his thermos with burnt coffee and began the last stretch of his journey.

Thirty minutes later, he reached the place. He remembered the signs from his childhood that marked the path to the abandoned turnpike tunnel.He parked the car in an emergency pull-over lane, hoping that it would eventually be towed, making it’s return less a hassle for Kathleen. From the trunk, Dan removed: a pop-up tent, a sleeping bag, a bundle of wood, and a ten-gauge. After positioning all these as comfortably as possible, he began his hike. The trail was more difficult than Dan remembered from his youth, due to overgrowth and the snow. Aside from the occasional echoing rumble of a truck from the highway, it was entirely silent. Dan saw no more than the snow, barren trees, and the rare, resilient leaf that finally relinquished its grip. He submitted to a trance-like state which he trusted to lead him, returning to consciousness only at the caw of a crow that stood before the entrance to the tunnel. The bird convoluted its head and stared at Dan, opening and closing its beak, as if it were debating saying something, but instead flew off into the trees.

About five minutes into the tunnel, the last hint of light had been swallowed by the darkness. Dan could hear water leaking from overhead and the seldom scurrying of rodents underneath. He bathed in the darkness, knowing that this was what was to come. He stood there for an hour, and then resumed his hike. When light returned, it did so sharply, violently. The man’s pupils painfully retracted as the vehement beam emitting from the end of the tunnel flooded upon him. He followed this light to a large clearing. Snow had begun to fall. He laid out his possessions, put together the tent, and gathered stones from the surrounding woods which he arranged into a pit. From this, the man built a fire where he sat sipping now lukewarm coffee from his thermos. Dusk came and hunger pained Dan’s stomach, but he knew it would have been pointless to pack any food. Instead, he went to sleep.

Dan awoke early the next morning to footsteps outside his tent. He grabbed the ten-gauge and peered outside. A large brown bear sat in front of the fire, which somebody had rebuilt and placed a percolator above. Caught in the bear’s fur, Dan noticed, were splotches of dried blood and feces. The mammal turned to him and waved with its massive paw.

“But, not yet. Come, sit down for a minute.” The bear beckoned to Dan, patting the ground next to him. The percolator began to sing and the animal pulled it out of the fire. It reached into a canvas bag and removed two mugs. “You smoke?” asked the bear.

“Well, today you do.” responded the bear, pulling a pack of unfiltered Pall Malls from his bag. He tossed them to Dan, along with a worn, scratched Zippo. “Come sit.”

Dan stood for a minute, staring at the large bruin before him. Eventually he sighed, and took seat across the fire, keeping the gun at his side. “Do you have a name?” he asked.

“Again, I’m a bear, not a fucking philosopher.”

“I see.” said the man. He sat in front of the flames and drank from the cup of coffee that the bear had poured for him. The bear chain smoked, but unable to work the Zippo with its paws, it leaned into the fire to lit cigarettes. Dan eventually lit one for himself. He drew in the smoke and immediately his lungs screamed in protest. He coughed and the bear laughed.

“You know,” said the bear. “I remember you. I was only a cub then, but I still remember. You were much happier then, with your friends. It was night. You all came out of the tunnel, laughing, and waving your flashlights. Your one friend, the tall one, took a shit over there.” The bear waved its paw towards the entrance to the tunnel. “You sat and laughed by the fire for hours, never sleeping. But, now you come alone? Where are your friends?”

“They have families now. They’re with them.”

“And you don’t have a family?”

“Why didn’t you bring them?” asked the bear, lighting another cigarette.

Dan paused and stared at the white ground below him. He grabbed a nearby stick and wrote his wife and daughters’ names in the snow. “It’s better that I’m alone.”

“If you say so.” said the bear. “Well, I’m beginning to get hungry. Do you have anything more to say?”

“Is there any way to make it go away?”

“Make what go away?”

“No.” said the bear. “Sadness was here before you came and it will still be after I eat you. It will be here after I’ve digested you; after I shit you out; after my shit becomes fertilizer for saplings—sadness will always be. Your wife and daughter will be sad too, whether I eat you or not. And sadness will persist, even after they die.”

“That’s what I thought.” said Dan. The two sat in silence. The snow had begun to fall with increasing frequency. Soon the bear was soon covered in white. It stared at the man as it poured more coffee.

“Have another smoke.” said the bear.

Dan, without protest, pulled a cigarette out of the box. He flipped open the Zippo and sucked in the flame. The bear leaned towards the fire, his own cigarette in mouth, but Dan held out the lighter. After the bear had caught the flame, Dan returned the Zippo. “Thank you.” said the bear. The man nodded.

They sat and smoked. Dan pulled the fire into his lungs, cherishing each breath. He slowly pushed clouds of smoke into the woods behind him. The bear stood up as Dan crushed the final ember under his feet.

“I’ll do you one better.” Dan replied. He held the ten-gauge and took it into his mouth. The steel immediately froze to the saliva on his tongue as teeth clamped on the barrel. He looked into the eyes of the bear, disengaged the safety, and pulled the trigger. Gray and red sprayed onto the tree behind him, dripping down onto the snow.

The bear stood up and struck the empty gun from Dan’s hands. He buried into the dead man’s chest cavity, tearing out his heart. The snowfall had ceased. Blood and viscera painted the white canvas.

This is all that ever was.

Sean Pepley is a graduate student studying social work at Temple University. He is currently writing a novella. When not working on his fiction or studies, Sean wanders the streets of West Philadelphia drinking copious amounts of coffee and attempting to befriend stray cats. “Happy Valley” is his first published work. Personal correspondence and/or ludicrous publishing offers can be sent here.

Fiction
Previous PostYou Are Greater Than the Sum of Your Individual Ex-Lovers
Next PostBook Review: Nevers by Megan Martin