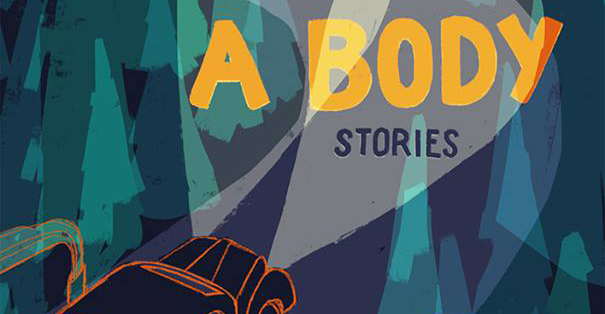 IF MY BOOK: Claiming a Body, Amanda Marbais

Welcome to another installment of If My Book, the Monkeybicycle feature in which authors shed light on their recently released books by comparing them to weird things. This week Amanda Marbais writes about Claiming a Body, her debut story collection out now from Moon City Press.

If Claiming a Body were a traffic law, it would be riding on the shoulder: really satisfying because you’ve been in this traffic jam three hours, but kinda wrong, not in the go-to-jail-way, but as a violation of one of those laws designed to keep order.

At the same time, Claiming a Body is the tweaky neck tension you experience at the sight of another shoulder-rider, which will be an SUV that sprays gravel as it rips down the berm, missing your car by maybe a half inch.

If you hold tension in your stomach, Claiming a Body is that seismic quiver: good but uncomfortable. You see a shoulder-rider take off and think Dick! but then remind yourself to avoid judgement, like maybe they’re rushing to the hospital to do open-heart surgery and they are the most skilled surgeon in Illinois, and the patient is a young lawmaker who will write the kind of policy which will bring both parties together to protect our environment in some sort of meaningful way, because Claiming a Body sure as shit cares about climate change. And at times Claiming a Body is a little rusty-belty.

So, Claiming a Body does like to break rules, if it is being really honest. Because, maybe rules create the kind of order which has made civilization possible, if we’re speaking broadly. But rules have occasionally been excessively cruel and draconian.

Claiming a Body is that book you read under your desk when you were supposed to be reading Chaucer (whom you like now), that book you thought you were getting away with when your instructor was like “well, shit, she’s reading”, and maybe it will be a lifeline like it was for the author.

Maybe Claiming a Body will be something people steal off to read, like instead of cleaning the house. It will be that book they don’t want their twelve-year-old to pick up from the coffee table, because then they’ll both have read the crimes and the weird sex. And then they’ll get mad at themselves and think — KIDS SHOULD ALWAYS READ ABOVE THEIR LEVEL. And then they’ll basically know they weren’t cool anymore and never were. And that will change their whole self-perception. And then I’d hope they’ll resume reading Claiming a Body instead of feeling any kind of regret.

So, maybe the mightiest thing Claiming a Body could inspire is a little fuck-authority attitude, a bit of power, a little bit of comfort with oneself.

Amanda Marbais’s fiction has appeared in failbetter, The Doctor T.J. Eckleburg Review, Joyland, and many other journals. She’s written reviews and cultural essays for Your Impossible Voice and Paste Magazine. Her short story collection, Claiming a Body, won the 2018 Moon City Fiction Prize and is available from Moon City Press.