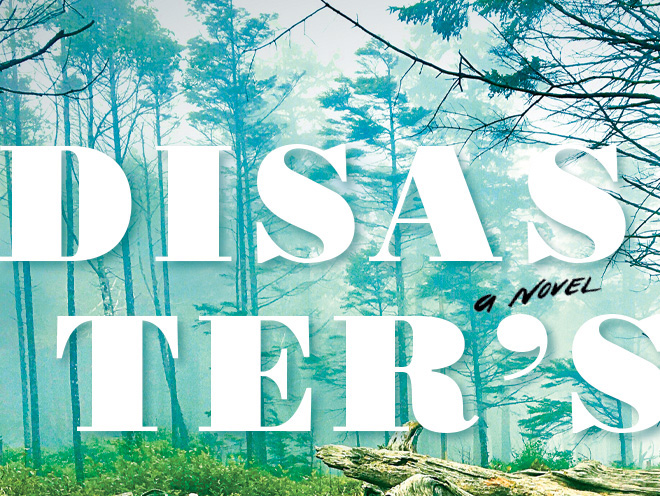 Welcome to another installment of If My Book, the Monkeybicycle feature in which authors shed light on their recently released books by comparing them to weird things. This week Emma Sloley writes about Disaster’s Children, her debut novel published by Little A Books.

If Disaster’s Children were an insect, it would be a bee. This unprepossessing little worker has become emblematic of the useful and fragile things we take for granted that are in grave danger of disappearing from this beautiful earth, so it feels appropriate as an emblem for a story that plays out in the formidable shadow of the climate crisis.

Bees are famously social: industrious colonists who live a cooperative life in service to the greater hive. So too the ranchers in my book have chosen to live in a cooperative way. Their aim is independence from an outside world they view as hopelessly despoiled. The ranch is their hive, and as with the bee colony, they are gentle, nourishing creatures who can be roused to fury by threats to their home. They are isolationists, but they also realize that the colony cannot survive without new blood, new workers, new generations to carry on the cause, and this compulsion to seek new hive members is both necessary and imperils their existence.

If you’ve ever sat and watched a colony of bees go about their day, there’s something strangely soothing about the sight. The way they each seem to have a singular purpose within the collective; visits to flowers that end with them wearing little fluffy yellow leg-warmers; the way they peacefully negotiate entering and exiting the hive. But when the bees get agitated, watch out! I hope Disaster’s Children acts in a similar way on the reader: lulling them into a soothing sense that all is well in the world, then jarring them into the reality of the peril that lies both within and outside the walls of the ranch. Tension and release is such a vital part of storytelling, and if readers come away with that breathless sense of having been taken on a slightly fraught journey, I will feel like I’ve done something worthwhile.

I was so thrilled when the designers of my book cover decided to include a bee—we had never discussed the motif, but it struck me as a perfect and poignant image, this creature representing fertility and nourishment hovering in the foreground of a beautiful but menacing scene of nature. In silhouette, as if it has already half-disappeared.

Emma Sloley’s work has appeared in Catapult, Literary Hub, Yemassee Journal, The Tishman Review, Lunch Ticket, Structo, and The Masters Review Anthology, among many others. She is a MacDowell fellow, and her work has been twice nominated for a Pushcart Prize. Her debut novel, Disaster’s Children, is available now from Little A Books. You can find her on Twitter at @Emma_Sloley and on the web at www.emmasloley.com.

If My Book
Previous PostIF MY BOOK: Sea Above, Sun Below, George Salis
Next PostCouples Massage