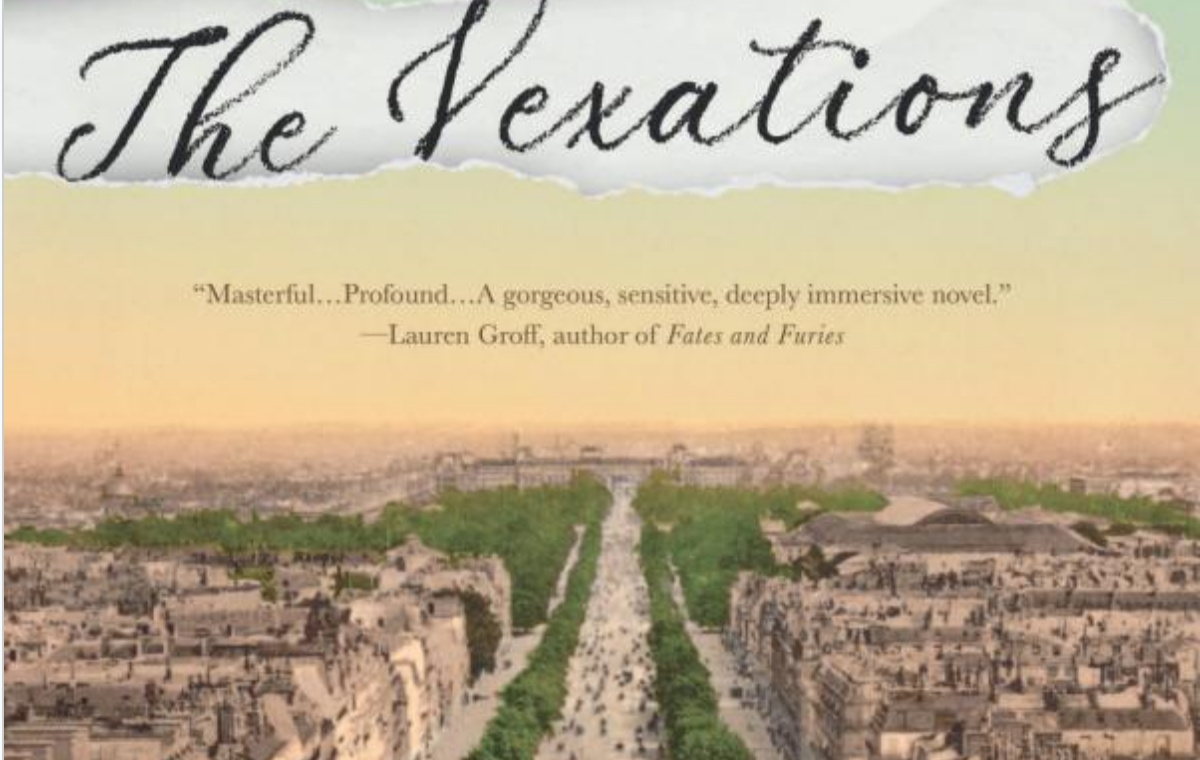 IF MY BOOK: The Vexations, Caitlin Horrocks

Welcome to another installment of If My Book, the Monkeybicycle feature in which authors shed light on their recently released books by comparing them to weird things. This week Caitlin Horrocks writes about The Vexations, her debut novel out now from Little, Brown.

If The Vexations were the weeds I’ve dug out of my garden this year:

Dormancy: Some seed can germinate immediately after dispersal if exposed to light, however over-wintering increases the germination speed and the number of seeds that will germinate. Over-wintering is required for seed to germinate in the dark.

Germinating The Vexations also required over-wintering in the dark of my head, except that instead of one winter, it took more like eight. I worked on this book for a really long time. It’s nice to have it finally exposed to the light.

Like the crab of the ocean, crabgrass (botanical name Digitaria) is tough, has many legs (or stems)… Its procumbent growth habit is one reason why this weed is so successful, whether it be in the lawn, growing along a driveway, or popping up through a crack in the sidewalk.

I didn’t know this book was going to be procumbent when I started. I meant to write about Erik Satie, a French composer who lived 1866-1925. But the book grew relentlessly outwards, towards and into his siblings’ and friends’ lives. The novel became less of a literary biopic and more about relationships, and the way this small group of people loved and supported, but also resented or eluded, each other.

As the book grew out, it also grew up, by which I mean that if you lay this book on its back the spine may seem intimidatingly tall. I would like to reassure you that since the book covers 72 years, things actually move pretty quickly.

Purslane produces over 2,000,000 seeds PER PLANT! Purslane also can reproduce vegetatively through its succulent leaves, making it especially tough to eradicate. The primary method of management for common purslane is prevention.

After reading, this novel just might live ineradicably in your head for years (I can dream, right?). The best prevention for that would be not to read it.

Planting date: Most likely will not affect level of infestation.

Emerges in late spring, flowers from July to October and dies with frost.

UNLIKE my book, which, in hardcopy, will last for a very long time. In eBook, who’s to say? The Vexations was written in Michigan, and set in Paris, Normandy, and Buenos Aires: frost is not a problem. I’d also like to interject at this point that I am a better writer than a gardener, and you should not take my apparent profusion of weeds as an indicator that the book also needs pruning.

Predation/grazing: not preferred by grazing animals.

Grazing animals would also prefer not to eat my book, which works out for everyone, because it would not be financially efficient to buy The Vexations as animal feed.

As the seeds mature, the pods begin to coil tightly until—pop! A gentle touch or passing breeze triggers the pods to explode and send the seeds flying as far as three feet from the mother plant. This ballistic dispersal strategy, known as ballochory, is also employed by jewelweed and cranesbill.

As well as by The Vexations, where tragedies will leap out at you at periodic intervals. Tears may even fall from your eyes as they did mine when this plant shot seeds directly into them! You don’t, however, need goggles to read The Vexations (although you might to weed my garden): there are warmer or lighter moments between the dark ones, and the dark ones came from true parts of historical lives: I didn’t invent anything just to jerkily manipulate you.

I thought until five minutes ago that this was a kind of clover, but when I googled “clover weed with yellow flowers,” it turned out to be woodsorrel. I’ve also now learned that “The leaves and flowers of the plant are sometimes added to salads for decoration and flavoring,” or used to brew herbal tea or a drink that, supposedly, tastes like lemonade. This is coming from Wikipedia, so I should confirm before actually ingesting anything, but the discovery is itself like my novel, in its detours and unexpected findings. I learned about septic systems in 19th-century Paris; I learned about early-20th-century French divorce and custody laws. I learned about painting studios and absinthe and the history of Tarragona, Spain. I learned about boarding schools and music conservatories. I learned about perfumes and chemical weapons. I didn’t put it all in the novel, but I enjoyed taking myself somewhere new, and I hope the reader gets to travel there, too.

Thanks and apologies for the weed quotes go to the Brooklyn Botanic Garden and the Michigan State University Weed Science Program, as well as thespruce.com, almanac.com, invasiveplantatlas.org, and Wikipedia.

Caitlin Horrocks is the author of the story collection This Is Not Your City and a recipient of the O. Henry Prize, the Pushcart Prize, and the Plimpton Prize. Her fiction has appeared in The New Yorker, The Atlantic, the Paris Review, Tin House, One Story, and elsewhere and has been included in The Best American Short Stories. She lives with her family in Grand Rapids, Michigan. Find her on Twitter at @horrockscaitlin.

If My Book
Previous PostIn the Desert
Next PostAlways in Black