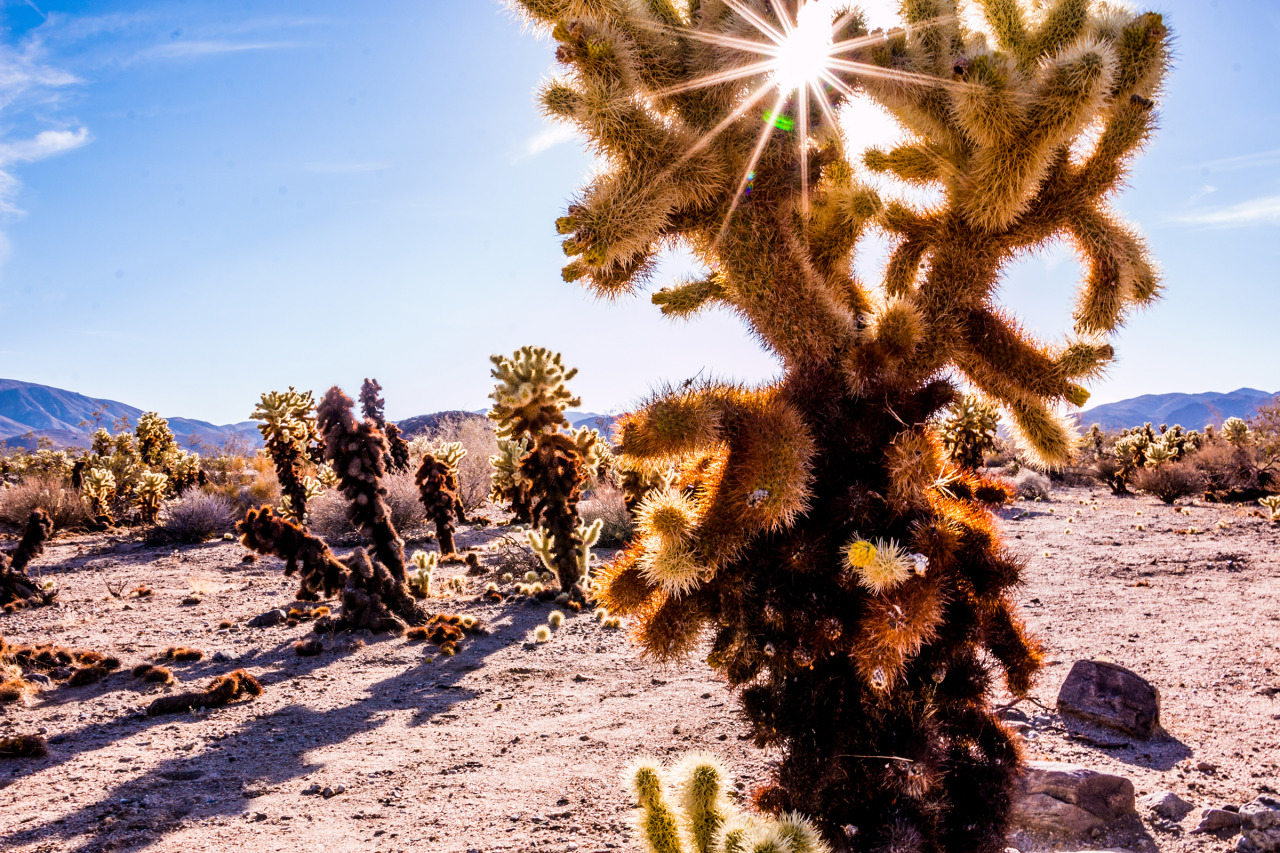 She wakes to the man cursing, the car sputtering over to the side of the road. She tries to remember his name—it’s along the lines of Paul or John, one of Jesus’ apostles, she remembers that. A medallion hangs from the rear view mirror, a flash of gold that stings the topmost part of her brain.

The man’s face is different in the light. There’s more hair, the shading of a short beard, patches on his cheeks just below his eyes.

Something rolls into her feet as the car comes to a full stop. She reaches down and pulls up a water bottle. The plastic crinkles under her hands—nothing inside. She untwists the cap anyway, tongues the opening.

Because this was all his plan, she has trouble mustering any kind of concern when he hits the steering wheel, first with the flat of his palm and again with his fist. The horn sounds—thunderous on this vacant stretch of road.

He picked her up at the gas station by her house in the city, probably the last time he’d thought to put gas in the car. She remembered his laughter, her own. His hands were on her body as they drove. She was conscious in waves, her mind rolling in and out of the world. The other places were harder to define, watery, but important in ways she can not yet find words for.

“How far back was the last gas station?” she asks, her voice flat and rough.

“Not going back,” he says, looking at the swinging medallion, his eyes dilated. “Have to keep moving forward. It’s all up ahead.”

She stumbles out of the car. She is wearing cheap sandals, a thin piece of cardboard for a sole. The straps, painted a metallic gold, rub against her heels, but she can feel the heat of the pavement under her, radiating all around. Taking them off isn’t an option. They start walking.

The pills were prescription—something other people took in order to maintain a job, to maintain relationships. At least that’s how they’re marketed. She finds the little bag in her purse, the circular outlines of the remaining drugs. He didn’t take more, but something kept him up driving all night, kept him distracted enough to forget what a car runs on. She doesn’t know what else he has. She doesn’t know anything about this man.

He tells her there will be meat when they arrive. She imagines swaths of it, the flesh hot under her fingertips, shiny with grease. Her lack of hunger makes her nervous. Her stomach feels full of knots, but when that passes she will be ravenous. She can’t expect to reach the festival by then. She only hopes they will find one of those air-conditioned oases—sticky buns in plastic wrap, glowing orange crackers. The pavement wavers in the distance. She thinks about the way heat, when there is enough of it, is visible as movement.

Her heels are already blistered. In another half mile, they will break open and bleed.

When it is inevitable, she tells the man, “Wait,” and runs into the desert, her sandals filling with sand. Behind a tuft of sagebrush, she tears down her underwear and shits violently, her skirt gathered around her waist. The shitting absorbs her—relief and misery welling up. Afterwards, she wipes herself with her own hand, then rubs sand hard against her fingers.

For the next mile or so she is content, used to the wounds on her feet , the chafing. Her mind begins to block out the pain. Then the hunger arrives.

The man tells her they will reach the festival on the final night if they just keep walking, if they don’t stop. This is the best time to arrive, he says, when the fire rituals begin. He says they will be purified and glutted at the same time. He never describes anything concretely. She realizes that he hasn’t been looking for a gas station at all and they are not going back to the car.

She used to think the hottest part of the day is noon, but it’s much later, she now realizes. Sweat drips down her legs. Every crease is wet. Her thighs chaff, her head throbs. Her shoulders and forehead are burning, strips of pain blooming on the skin. It was a bad idea to follow this man, but how was she supposed to know?

Her empty stomach is protesting, so she fills it with more of the pills. They scrape down the sides of her throat. She holds out the remainder of the bag to the man, to be polite, as if she were offering him a stick of gum. When they hit she isn’t sure she’ll be able to continue walking, but it seems less imperative, the fate of her body less consequential. She can no longer feel her cut-up feet at all.

She imagines opening her own body in order to drink the liquid inside. It seems vaguely possible, in her state, to become a perpetual-motion machine this way. She bites the skin of her wrist, but it’s some kind of Spandex material—it stretches but does not break.

Without warning, the man begins to bite her as well, on the shoulder. At first it doesn’t register that this is an advance. She only thinks there won’t be enough blood inside her to sustain the both of them.

She leads him out onto the sand, peels down the straps of her dress. They tussle for a moment before she takes him into her mouth. He’s still talking about the festival in gasps.

Afterwards he can’t move for some time. She isn’t sure how long it takes because reality is once again oscillating through her, back and forth, and in the interim she doesn’t really exist. The sun goes down. A rattlesnake crosses her path. They stare at each other. He moves on.

When the man finally rises the desert is dark. The alien shapes of the Joshua trees stretch their spiked arms up in supplication, black against the moonlight.

Cold settles on all the wet places on her body. At first it’s a relief, but soon she’s miserable, every part of her throbbing and slow.

She’s shaking when they spot the gas station in the distance, the lights glowing red, white, and blue, the sweet smell of oil. She starts to sing out, “God bless America,” but the man cuts her off, slapping her face.

It’s warm where his hand hit, blood rushing to her cheek. He pulls on her arm, but she slips out of his clammy grasp. He grabs at her again and they fall in the sand on the side of the road. His hands are everywhere, so many of them, clawing at her burnt skin. She brings her knee up, pictures it hitting him between the legs, but he pushes it back down again with one of his many hands, laughing at her. He’s so much stronger than she is.

Finally, she screams, a sharp cry like a bird call in the night. He looks over at the gas station, all lit up, with a car parked out front. He calls her slut, bitch, spits in her face, but he lets her go, cursing, using her body to push himself up off the ground. She coughs, sputters with his weight against her ribs, and watches him walk away. He’s shirtless, light from the station bouncing off his red back, his hair filled with sand.

Inside the little store by the gas pumps, shelves glitter with cellophane—the promise of salt and sugar beneath the wrappings. She loads her arms with packages, sweating with excitement: bags of corn chips and gummy worms. She can almost taste the powdered sugar from the sleeve of palm-sized doughnuts. She can smell coffee. It’s not real food, but it will sustain her. Her body won’t be able to tell the difference.

But at the counter, the man hands back her card, shrugging his shoulders. “No work,” he says.

She has no money, no other cards. Her phone has been dead since the night before. “Try again.”

The man gives her his cell. She holds the plastic in her hand, but can’t remember what to dial. She remembers her mother’s area code, maybe the first few digits. She types them in and a few more that look familiar. On the other end of the line a man’s voice picks up. “Dad?” she says desperately.

“What?” the man says. He sounds like he could be her father. He has the same gravelly voice.

“Can you put mom on the phone?”

“Honey,” the man says, his voice transforming, years dropping away as he roughly clears out a hunk of phlegm. “You’ve got the wrong guy.”

Startled, she pulls the phone away from her face, her cheeks heating with blood. She shoves the device back at the man behind the counter. “I’m sorry,” she says, dropping it, harder than she expected. “Sorry.”

The man stares at her. He opens his mouth, but nothing comes out.

“Just this,” she says, picking up the package closest to her. She tears it open, the plastic crackling, and shoves a few sour worms into her mouth. “I’m sorry.”

“Out!” the man behind the counter shouts as she chews. “Out! Out! Out!”

She obeys. She sits down on the curb just beyond the orb of the gas station’s lights. Her mouth is coated in sugar, her tongue thick and sour, her teeth filmy. She holds her knees to her chest and doesn’t move. When she was a child, her mother taught her what to do if they were ever separated. “This is very important,” she told her.

She hasn’t talked to her mother in so long, it feels like years, but she can picture her as she once was, the soft golden down of her bare thighs, the sun-bleached locks of her hair. Her mother was the same age as she is now when she had her—it seems so very impossibly young.

Her mother told her the only thing she knew. The same thing that she’d been taught. She told her to sit right down and not to move an inch. That sooner or later somebody would come along to save her.

Madeline Stevens is a writer from Boring, Oregon currently based in Los Angeles. Her first novel, Devotion, is forthcoming in the US and Canada from Ecco Press on August 13, 2019. Devotion will also be published by Faber & Faber in the UK and translated into five languages. Madeline holds an MFA from Columbia University, and her stories and essays have appeared in a variety of places, including Luna LunaMagazine and Blunderbuss Magazine. Follow her on Twitter at @Madeli63.