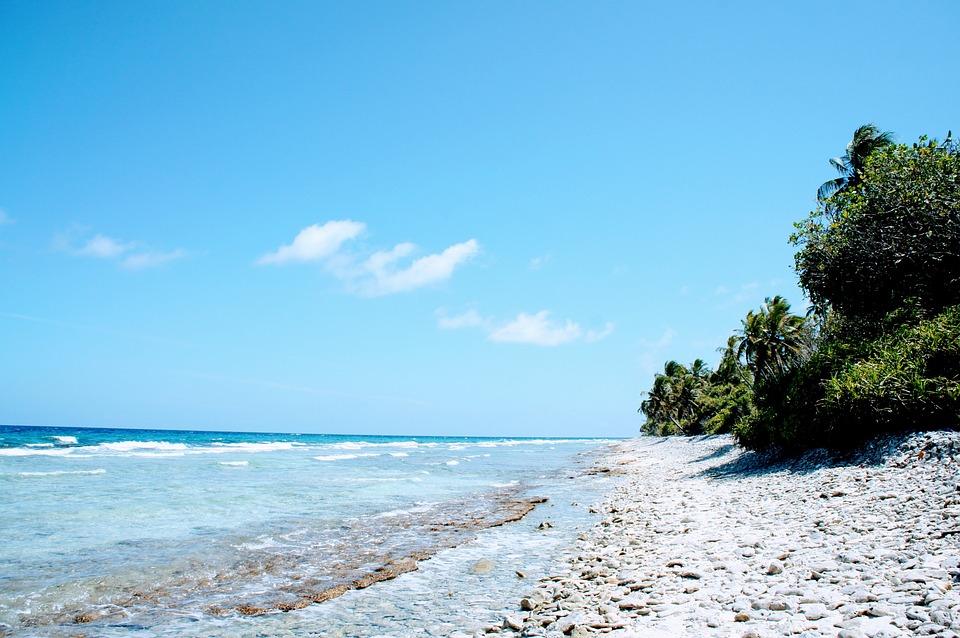 Not One But Many Girls

My first friend on the island was unlikely, in the sense that we met because my boyfriend had recently gotten her pregnant.

The night before I was supposed to take the ferry to meet Jack on the island, he drunk texted that he’d been sleeping with not one but many girls in my absence. I fucked up a lot, were his words. I told him I wanted to make it work. It was sort of true, but it was more true that I had no plan B and no money.

I couldn’t stay right-side up that month. When the drunk wore off, the rain took over and vice versa. It was the same for everyone who worked the island—dropouts of all ages who filled their pockets with M&Ms and linty opium balls. When I got off the ferry, Jack wasn’t there and he didn’t answer his texts, but I had a note full of vague directions.

I got to the boarding house and walked into a room, and it was Jack’s, and it was hideous. An arm slithered out from under the sheets, pulled me down, peeled off my wet underwear and fucked me backward. Pressed me to a hot dry chest. I pulled his body around me because after a boat full of retirees who kept standing, turning in place to look at the rain and sitting down again, I was very cold.

That night Jack’s ex—not my imminent friend, but one of the many—sat across from us at the bar. She looked like a gap-year backpacker, hair in a bun and a scarf around her neck. She was sly, I thought, but in an ordinary way. The bartender, perhaps another of Jack’s exes, intimated to me that Jack was still with the gap-year girl. I thought this woman’s word choice was important but probably wrong. She had a preposition where she wanted a verb.

The next morning I knew it was yet another ex-girlfriend pounding on Jack’s door because of the indignant wounded pattern of small-fisted knocks.

“Bitch if you don’t get the fuck out I’ll drop you,” I yelled half-heartedly. I no longer believed in my threats.
Jack made soothing noises, pulled me back to bed.

In the afternoon, the girl knocked politely. “I’m pregnant,” she begged through the wood.

I let her in because now she was talking to me, not Jack, who stood up as if to stop me until I reminded him that he was full of bad ideas.

Her name was Adelola. I liked her immediately because her head was too big for her body, and if everyone shared her transparency then Jack’s dick would have dragged on the floor. Adelola talked more with her eyes than her mouth, and her eyes said “It is what it is.”

On a carpet of laundry that smelled like too many problems left sitting, the three of us considered what to do. Adelola was Nigerian and here on some prestigious educational visa whose small print did not provide instructions for what to do if knocked up. She said her family would kill her if they knew. I didn’t want to seem ignorant, so I didn’t ask if she was speaking literally. Jack rubbed his neck. We did not know what to do.

Jack didn’t come back to his room that night. Adelola came instead. I opened the door and there she was, and she didn’t look past me into the room.

We took the high road to the far grassy edge of the island. The moon was bright and the beach shot through with winking cans. It seemed an appropriate place to pretend to make decisions that had in fact been made a long time ago. I screwed three beers into the sand and downed two of them while Adelola swung that head out to sea.

“Where do I go from here,” she said, not asking for advice but for method. I told her there was an early morning ferry and a Planned Parenthood in Fall River. I said I’d take her.

She shrugged, not because she didn’t care but because the best options are often staggeringly shitty. I wanted to hug her, but I decided to wait until we were off island. I would hug her when she was no longer the girl who’d fucked my sort of boyfriend, but the girl whose face crumpled like cellophane under a lighter in the PP parking lot and who, when asked if she hurt, would shrug again, not because she didn’t care but because it was a way of saying Yes, and Less than other things, and we might be friends but you don’t know me at all.

Sarah Beaudette is a graduate of Wellesley College and a nomad currently living in Mexico. Her short fiction is published and forthcoming in several publications, including Word Riot, Necessary Fiction, and The Masters Review Micro Fiction Contest Series. She spends most of her time deciphering foreign subway maps and missing the Pacific Northwest. Find her online at theluxpats.com and on Twitter at @sarahbeaudette.

Fiction
Previous PostIF MY BOOK: I Will Shout Your Name, John Matthew Fox
Next PostGirls in Windows