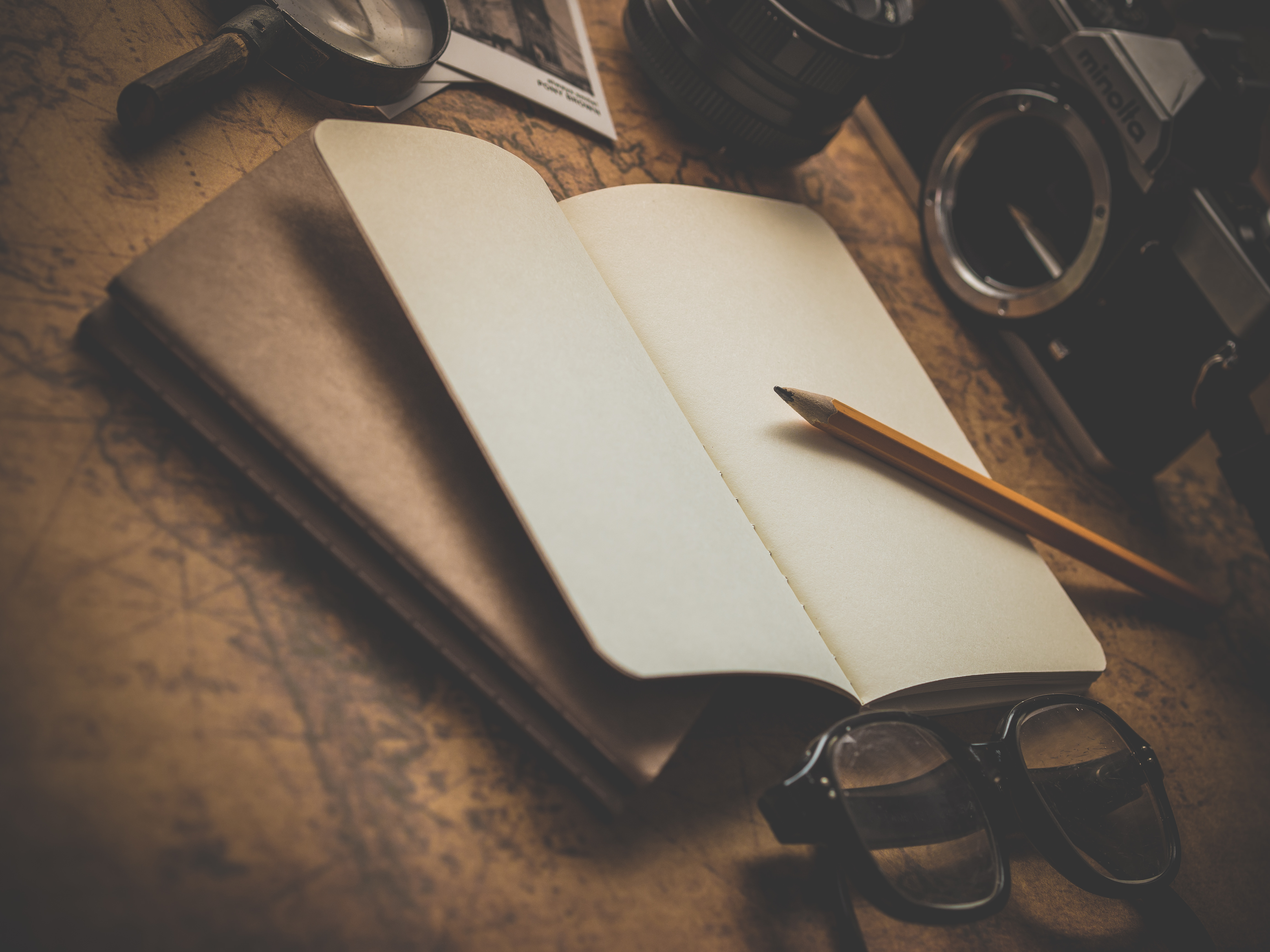 On a recent day in early April, a short, brown-skinned woman with a large Afro, a funky strut, and an attitude as real as her love for feathers, entered a shoe store just as a bald man in blue jeans pulled a gun from his back pocket and pointed it at the clerk, who went into a blind panic, yelling and screaming so loudly that the bald man turned to leave, rushing past the woman who quickly extended in his path a foot adorned with a fire-engine-red, six-inch stiletto, which rested firmly on his back until the police arrived.

I knew a guy who knew a guy, you know exactly what I mean, and this guy, the one my buddy Ted was talking about, he was out in Phoenix or Pueblo or Provo, way out west, and he—Ted, I mean—he said his man could help me and I wasn’t sure, obviously, I mean who is?, but I was sure nothing else had worked and so I PayPaled the $2,400 to an AOL address, of all things, and within minutes I got the auto reply: spirit animal sacrifice.

Plus / Minus
J. Bradley
@jbradleywrites

Whoever threw the empty pregnancy test box out the window may have thought it was like tossing a bridal bouquet, the thing at weddings that infects the person who catches it with the magnetic promise of marriage and babies, until someone with the right polarity finds you and the two of you stick together until one of you dies or gets bored, but in this case the thrower may have wanted to gift someone with the fever for a smaller version of you, so you leave this opening scene of an after school special nestled in the leaves for someone else to find, to touch.

She sat, on the windowsill in a hotel room on the 25th floor overlooking Spring Street, with a blanket on her lap for warmth and a half-lit cigarette resting on the ledge like a swimmer on a diving board, burning a little too quickly—she’d been in a hurry to light it and held the flame too long, not to mention the wind—her white knuckles splotched with pink from gripping the ledge too tightly, her nails chipped on several fingers, sitting with no shoes on, looking or scanning, rather, hoping for some kind of sign, a spiritual cue card with big block lettering telling her to jump or go back inside to think things over a bit longer, just once more until she was absolutely certain this was what she wanted despite, in the last few months, numerous close calls at traffic intersections and subway stops, not to mention in the kitchen, at home, next to the knife block; her heart threatening to beat through her chest as her hair blew wildly in her face, which made everything flicker as if she were constantly blinking, continuously staring at the street lights and apartment windows on buildings raised in skyward competition, observing people leading private lives through open windows, or just tracing shadows if the curtains were drawn, like a behind the scenes look at everyday life, beginning to cry softly, her tears falling down to the sidewalk where pedestrians mistook them for a leaky AC unit or damaged drain pipe, and some tears pooling in her lap’s blanket that she had taken from the room’s closet, made of fleece or imitation fleece or some other synthetic material that was itchy and beige, her legs crossed underneath the blanket and her left ankle moving in tiny circles as she shifted her weight slowly forward—the cigarette having been blown off the edge at this point by a strong gust, its descent cutting through the air like a slalom landing in the hedges outside the hotel’s main entrance—still carefully balancing to keep from slipping prematurely and still clamping onto the ledge as the phone began ringing, but she refused to turn her head to acknowledge the noise, fully weeping now as she tossed the blanket inside, almost causing her to slip, the blanket landing softly on the carpet near the hotel bed, just in front of the TV set, which was running an old episode of Jeopardy, still seated or perhaps more accurately perched on the fenestral precipice, now blanket-less and uncovered, slowly turning toward the ringing that was surely just the fertility clinic calling again, or her husband, or her therapist, just another inadvertent reminder of a once joint triumph turned solitary defeat, still weeping as she felt where her bump had been, now just a smooth reminder of precious things lost, listening to the duet of Alex Trebek’s voice and the telephone’s chimes, feeling less and less afraid as she edged closer and closer forward, her feet now touching the brick of the hotel’s facade just below the windowsill, looking down at people looking up at her, when the ringing finally stopped.

As the train whistle blew, Jenny stared down the railroad tracks, twisting her wrists in the inch the ropes allowed and thinking, if nothing else, the man’s handlebar mustache should have tipped her off.

Since poking out my eye with my cello spike, I make so much more money busking.

Beside the “Unused Baby Clothes For Sale” sign sat the laughing naked baby.

Fiction, One-sentence Stories
Previous PostThis Is How You Fail To Ghost Him
Next PostIF MY BOOK: What We Build Upon the Ruins, Giano Cromley