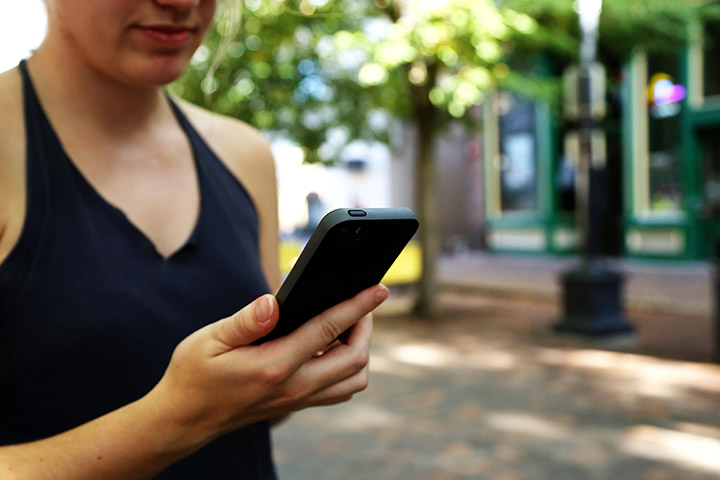 One Year Has Passed Since I Mislabeled My Child’s Halloween Costume on Facebook. Where is the Outrage?

When Facebook Memories recirculated last year’s Trick-or-Treating moment with my children, I cooed, revisiting the older one dressed as Hawkman, the younger one in a hand-me-down Batman costume. “Junior Birdmen,” I’d posted, then chased them to the Schmidts’ for those coveted Tootsie Roll banks.

The pic was fine, even adorbs. Then it hit me, and I shivered in my microfleece.

I was wrong. I regret the error. But I don’t understand why an entire year has passed without any of you jackholes pointing out my gaffe. Where is the outrage over a fictional character’s taxonomic misclassification? I had forgotten the moment entirely—along with much of the last calendar year—until Facebook reminded me.

Why the silence, jerks? Don’t you care anymore?

You were there for me when I chaperoned the kindergarten zoo field trip. I captioned a cute critter pic, “All hail the marmots!” Within minutes, Great Aunt Sue corrected that they were meerkats, not marmots, and also that Facebook had an edit button for this very purpose. (Clearly a godsend, given my animal identification issues. I don’t even know what a marmot is.) She also added that I should reconsider “all hail.” First, she said, it’s fascist. We can’t know what an animal is thinking when it salutes with a paw. It might be asking a question. It might be stretching a muscle. It might be pointing at danger. Great Aunt Sue, I’m grateful. Not for a moment had I considered any of those things.

I’m so lucky to have a close-knit network to aid in daily self-improvement, through the critique of innocuous life moments I have chosen to share publicly.

Remember the selfie I took while nursing the baby at the mall, covered with my striped Hooter Hider™? I meant to upload to the secret breastfeeding support group, and instead I posted on my own timeline. “Ew, no one wants to see that,” commented Pete from grad school. We hadn’t spoken in years, so this was a great way to catch up. “You can practically feel the heft of your milk-engorged left boob through that thin fabric. And Christ, have you had that mole looked at?” Then Hildy from the rival Mom Group linked to a pro-formula feeding article, sparking a three-day feud in the comments.

Those were the days. Back then, a girl knew where she stood. Because you would tell her, with lovingly precise judgement, what she was doing wrong and how she could improve.

Like the time I took a family selfie in our poorly-lit dining room. Our youngest (Batman, the Halloween mammal) had a runny nose, and my dark undereye circles are likely permanent until the Junior Birdmen go to college. I slapped about seven different filters on that baby. Right away, my husband’s co-worker volunteered tips about the best camera angles to hide a double chin. Super useful stuff, and his “Gobble gobble!” had me in hysterics. Cindie from the School Board commented, “Beautiful family!” then private messaged me about the anti-aging skincare line she sells on the side. Cin-cin, I’m forever grateful that you cared enough to notice my visible signs of aging. (FYI: it’s a skin care regimen, not regime. Unless you are militaristic about fine lines and wrinkles, and I suspect that you are!)
This image also snagged a “like” from my high school boyfriend, the same guy who, failing Model U.N. diplomacy, said my glasses gave me the appearance of a haggard peasant from a non-member nation. I checked Instagram daily to see if he would comment on my new Warby Parkers. Disappointingly, he did not.

The internet is made for corrective shame, such as Mrs. Schmidt’s snaps on Nextdoor of tipsy adults elbowing past kids for those Tootsie Roll banks. It definitely wasn’t us! These folks wore dark knit hats and looked a lot like certain Homeowner Association past-presidents who live at 64 and 66 Bluff Lane, respectively. The outcry and subsequent cancellation of the Pine Ridge Estates chili cook-off showed how deeply people care about the wrongdoing of their fellow neighbor.

I wish my so-called community would tell me when I’ve ruined a precious moment I would’ve otherwise treasured. I’d love to forgive and forget, but social media means never having to forget. Or remember. So here’s your second chance. When I re-share this memory, you petty Patties and Peters can tell me what’s what. Need a template? “Well, actually” is always a good starter, especially for men. Or cushion with a compliment: “So cute! I might be wrong, but isn’t he…”

Go ahead. Comment away. Help me re-evaluate who my true friends are.

Sarah Layden is the author of The Story I Tell Myself About Myself, winner of the 2017 Sonder Press Chapbook Competition, and Trip Through Your Wires, a novel. Her writing can be found in Boston Review, Booth, McSweeney’s Internet Tendency, Salon, The Millions, and other outlets. She teaches creative writing at Indiana University-Purdue University Indianapolis. Follow her on Twitter at @calmoots.