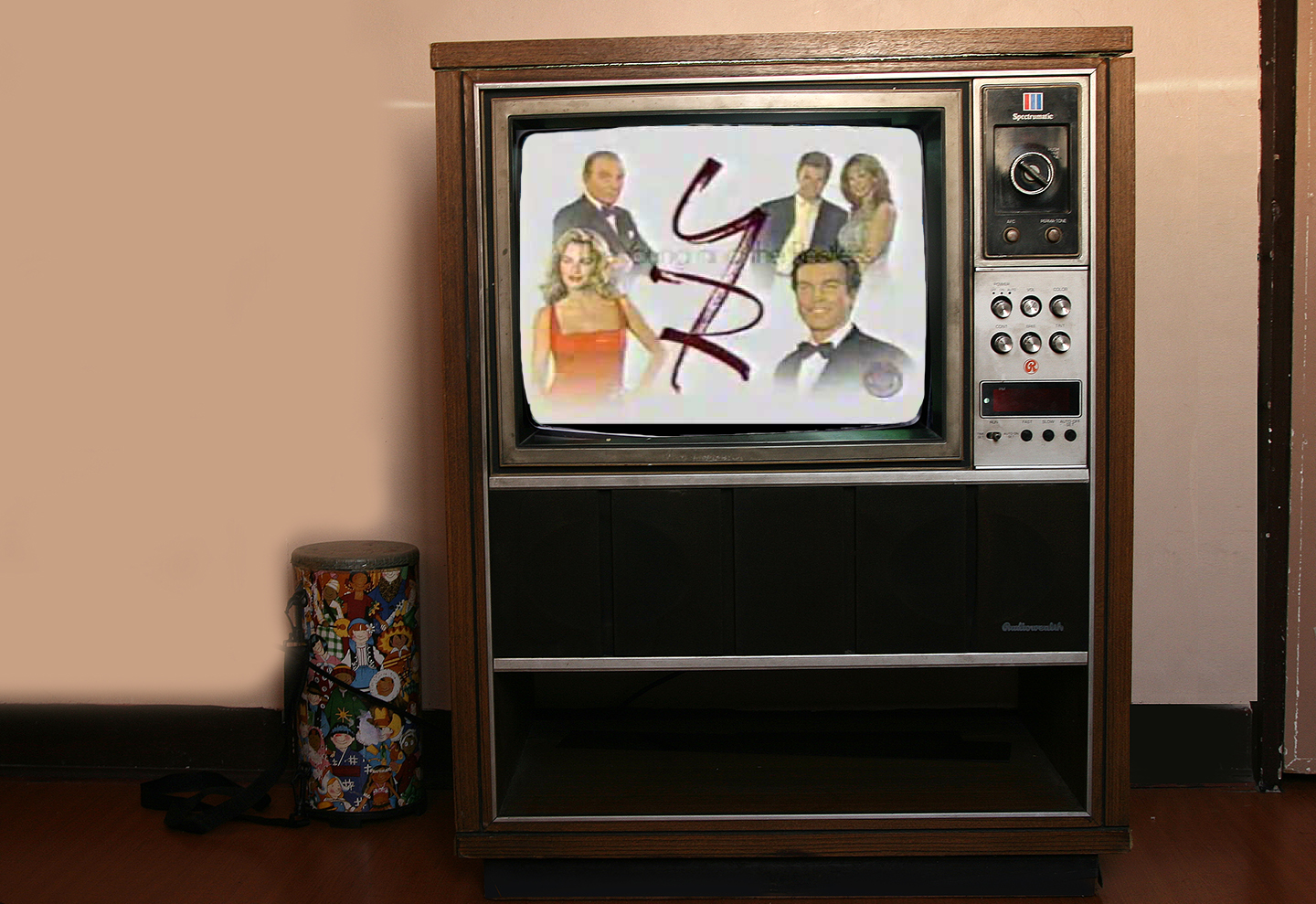 Julie and I spent the summer of 1989 in her basement watching soap operas while her mother was upstairs dying. Friends and neighbors delivered casseroles and baked goods, ringing the doorbell and interrupting our shows. Julie would run up the stairs to the back door, taking the offered dish in her hands. If it happened to be a commercial break, she’d make polite conversation. Otherwise, she said a quick thank-you and closed the door.

Her mother could barely eat by then and her father seemed to subsist on Slim Jims and Bud Light, so Julie and I ate right out of the casserole dishes, sticking our forks into the lasagnas, the Shepherd’s pies, the flakes of tuna mixed with macaroni noodles.

It was the summer that Cricket was date raped on The Young and the Restless. We knew it was meant to be a public service announcement, but we both wanted to be raped after that. The way Derek pushed Cricket to the sofa, ripped off her white blouse, held her face by the chin and kissed her neck. There was an urgency, a passion to it. We taped the episode and watched it again and again.

At four p.m., after the closing credits of our last show, we’d snap off the TV and sit in silence, hungry for the noise of commercials: the low, low rates of the Ford dealership, the Clorox color safe bleach that a smiling mother trusted with all her laundry. On Fridays, we’d walk down to Rite Aid and look at the new soap opera magazines, eager for spoilers. We’d buy a candy bar and walk home, passing the Whatchamacallit back and forth.

We rarely talked about Julie’s mother. The summer before, she had been healthy and full of energy, taking us on day trips to Canobie Lake Park, the Salem Witch Museum, and The House of Seven Gables, which was super boring but she loved to read so we pretended to be interested. My mother was a lot older than Julie’s mother, so it seemed somehow unfair that Julie’s mother was the one dying.

Every Monday morning of that summer I walked to Julie’s house after my parents left for work. We turned on the TV and absently watched the morning talk shows and then the game shows, waiting for our soap operas. We acted out the storylines with our Barbies, even though we were practically fifth graders and too old to be playing with dolls. We stripped them naked and forced their plastic doll bodies against each other, approximating the love scenes we saw on TV. Between us, we had enough Barbies to cast all the characters on The Young and the Restless. Julie suggested we act out Derek’s rape trial, letting our jury of Derek’s Ken and Barbie peers decide his fate.

I’m the one who took it a step further, shoving the balled-up socks into the crotch of my underwear. It wasn’t anything like the Barbie and Ken dolls, their immovable joints and hard skin. Julie’s skin was soft and warm. She had a shirt almost exactly like the one Cricket wore, only Julie’s had a Peter Pan collar. She said it was okay if we tore it—it wasn’t as if her mother was going to notice.

We fought over whose turn it was to play Derek: to don the sock-penis, the bulge we thought must be pretty close to the real thing. We knew where the power lay. Julie-Derek or me-Derek would push Cricket to the sofa, grab her face, kiss her neck, push the sock crotch against her pelvis.

Julie-Cricket or me-Cricket would struggle, scream no, and try to push Derek away. This role was more difficult to play because we liked it and had to pretend not to. We liked being pinned down. We liked the feel of Derek’s hands on our new breasts, the sock penis brushing our thighs.

That was where we were when Julie’s mother came down the stairs: me-Derek pressing against Julie-Cricket, her blouse open, two buttons missing by that point in the summer. Her mother hadn’t been in the basement for months. Hadn’t even come down one flight of stairs into the living room to watch a movie or eat a meal in the kitchen. And suddenly there she was on the bottom step. She snapped on the light. The fluorescent bulbs flickered and then flooded the basement. She gasped and yelled, “What are you girls doing? Stop it! Stop it right now!”

It was all so confusing: being caught but also trying to figure out what this meant for Julie’s mother. Was she cured? We scrambled to get our clothes on; I threw the sock penis under the sofa. Julie’s mother leaned heavily against the wall, repeating “oh my God, oh my God.” She clutched the collar of her housecoat tight against her neck, her arms covering the place where her breasts used to be. We had to help her back to bed, each taking one of her bony arms, although she seemed disgusted by our touch and tried to shake us off. I looked over at Julie, but she looked down at the stairs.

A week later she was gone. I told my mother it didn’t make any sense, that she had come down the stairs while we were watching our shows, two flights all by herself. My mother said sometimes the dying get a burst of energy right before the end. But I knew what really did it. The sight of us on the sofa: Julie’s open shirt, the videotaped episode playing on the TV, Cricket’s whimpering protests. It would be too much for any mother. I imagined in the following weeks that Julie’s kitchen overflowed with Tupperware and ceramic dishes—that she sat alone at the counter and ate directly from them—but I didn’t know for sure. When my mother sent me to deliver a casserole, I left it on the back porch without ringing the bell.

Shasta Grant is the Spring 2017 Writer-in-Residence at the Kerouac House in Orlando, Florida. She is the author of Gather Us Up and Bring Us Home, a chapbook forthcoming from Split Lip Press. Her work has appeared in Kenyon Review, Hobart, SmokeLong Quarterly, wigleaf, and elsewhere. Find her online at shastagrant.com or follow her on twitter at @shastagrant.