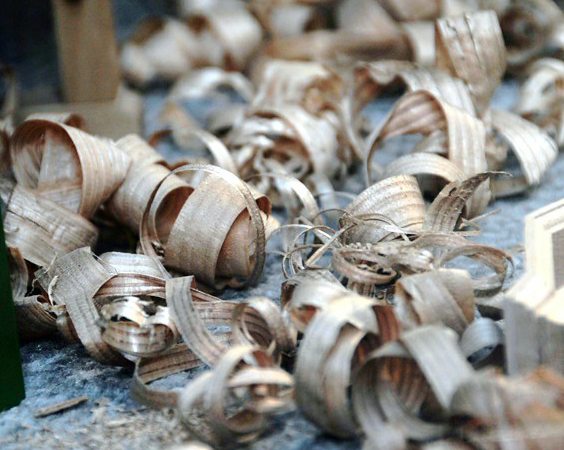 A woman wanted to give birth because her life was too perfect. Other women had trauma, children, husbands who mistreated them. She had money, independence, serenity, but nothing to write about.

The woman sat down and told herself she’d failed because she wasn’t a mother. She concentrated, holding her belly, but couldn’t convince her uterus that it had done anything wrong by staying empty. In fact, it reminded her, you’ve gone to great lengths to keep me that way.

She wrote something down on a piece of paper and swallowed it, then went to bed.

That night she dreamt of a tiny pinprick floating in magenta, growing, stretching, sprouting limbs and a pale, bulbous head.

The next morning she felt cramping, but there was no blood. She wondered if this pinching was her baby and felt a little disappointed that the plot was moving along so blandly, with minimal obstacles coming between her and her desire to get pregnant. But, she said to herself, this wasn’t the same as giving birth. Something bad could still happen along the way. She could have complications.

That night she dreamt once more of the tiny pinprick floating in magenta, growing, stretching, sprouting limbs and a pale, bulbous head with black spots for eyes.

The next day she bought a home pregnancy test, which seemed superfluous. Her uterus felt heavy, occupied. But the test came back negative. At least this added an interesting twist to her story.

That night the tiny fetus in her dream—growing, stretching, sprouting limbs—turned its pale, bulbous head and blinked its black-spot eyes.

The woman woke up, annoyed at the medical inaccuracy of her dream, and her whole pregnancy for that matter. She didn’t write science fiction, after all, and yet she was impossibly pregnant already, with a noticeable baby bump on day three. She called in sick to work, but decided not to go to the doctor, to add a little more suspense.

She had to call in sick the following day as well, because by then she couldn’t fit into any of her clothes. But it was a Friday anyway, and she had a ton of leave built up, so again, what were the stakes, really?

By Sunday night, she sat in her robe, rubbing a six-month-pregnancy belly with Vaseline. It took forever for her to compose the email to her boss, pecking with her other, unslicked hand, saying count her out on Monday as well.

That night she dreamt of the fetus in its magenta water globe, with perfect tiny eyelids and lips, earlobes, and a nose. But there was something wrong with its arms and legs. They were made of wood: smooth, round dowels joined at the ends by interlocked eyelet screws instead of shoulders and hips, wrists and ankles, elbows and knees.

She awoke with a start, baby somersaulting inside her. Guilt radiated from her womb, flushing her whole body. She couldn’t go to the doctor now; she’d done something wrong. She was a bad mother, and no one could find out.

She told herself this was just the kind of bad decision that keeps plots moving, though she worried that a protagonist who’s too boneheaded might turn readers off. She made a deal with herself before going back to sleep: she’d let one more day go by, then get help if things felt weird. Weirder.

The next afternoon, as the woman called her OB/GYN, it occurred to her that there might be a wait for an appointment. But her plot arc flattened again: they’d had a cancellation, so they could see her in the morning.

That evening she had a sudden craving for sawdust. She scratched at the corner of her desk with a screwdriver, until she remembered it was made of vinyl coated pressed wood, which was probably bad for the baby. She found an old bag of organic nest shavings, from when she had a guinea pig, and settled in front of the TV with her snack.

Then a plot twist: she went into labor.

She hadn’t even packed a bag. She waddled toward the bedroom, doubling over with contractions, obsessed with the fresh goal of clean underwear. She held on to a drawer and hunched over as another contraction bloomed. Warm liquid spilled down her legs, and she sank to her knees. So quick? Would anyone believe it if she wrote it this way?

She breathed as she’d seen in movies, sucking in air and whooshing it out, imagining herself crawling to the phone she’d left in the living room, an unexpected dramatic boon. She sweated and rocked in her bedroom, drafting a frantic dialogue between her and a dispatcher in her head. Between contractions she sketched out the scene where the EMT maneuvers her onto the stretcher.

She lifted it from the floor, cradled its little wooden body, counted ten fused-together fingers and ten fused-together toes, ran her fingertips down the smooth wooden dowels of its arms and legs, moved them to check every linked-eyelet joint. For a moment, she had no thoughts at all, no script running through her head, no storyline she’d fucked up again.

The woman stared at the baby, waiting for an image, a scene, for the words to spill forth. But the baby didn’t say a word. She tested its limbs again, put her ear right in front of its mouth.

And that, it whispered, is the only story I will ever tell you.

The woman cleaned and swaddled the baby, but she was not satisfied. She knew there was more to tell, so the next day she unscrewed one of the baby’s arms and whittled it down to the graphite inside. This would be her next story, she thought, and she sat down at her desk with a fresh sheet of paper. The baby’s arm guided her hand, and together they wrote:

“A woman wanted to give birth because her life was too perfect. Other women had trauma, children, husbands who mistreated them…”

The woman shook her head and whittled the arm down further, wanting another story. Again, the arm guided her to write:

“A woman wanted to give birth because her life was too perfect. Other women had trauma, children, husbands…”

The woman threw the arm to the side, grabbed the baby, and removed its second arm, which wrote:

The woman went through both arms, whittling them down to nubs that always scrawled the same story. Both legs did the same.

The following day she bought an axe and splintered the baby’s body, sitting down with each shard to write something new. And every time: “A woman wanted to give birth…”

she wound up throwing: “A woman wanted to give…”

the shard across the room: “A woman wanted…”

Throughout the night, the woman kept writing and throwing shards, until the room was a nest of splinters and crumpled paper. At dawn she slumped over onto her desk, head on her arms, about to close her eyes until she heard something rustling beneath the papers littering her floor. She followed the movement of the balled-up papers, then stuck her hand underneath and pulled out the baby’s head. The only part left. She raised the head to her lips and kissed its cheeks, then put it up to her ear.

And that, it whispered, is the only story you will ever tell.

Tara Campbell (www.taracampbell.com) is a writer, teacher, Kimbilio Fellow, and fiction editor at Barrelhouse. Prior publication credits include SmokeLong Quarterly, Masters Review, Jellyfish Review, Booth, and Strange Horizons. She’s the author of a novel, TreeVolution, a hybrid fiction/poetry collection, Circe’s Bicycle, and a short story collection, Midnight at the Organporium. She received her MFA from American University in 2019. Follow Tara on Twitter at @TaraCampbellCom.

Fiction
Previous PostThe Far Side of the Lake
Next PostIF MY BOOK: The Light Source, Kim Magowan