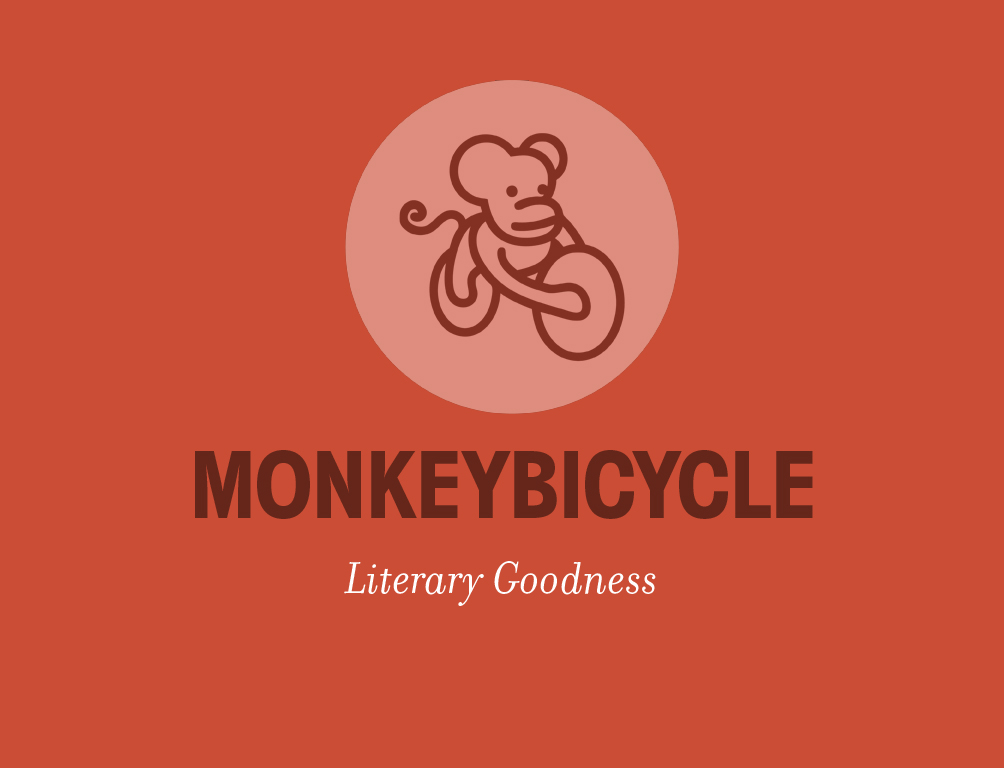 1.
Robert Smith, lipstick and make up smeared, watched from bed in his hotel room news about another murder at the hotel before his bride switched the channel, where he now watched himself and his band on a talk show called Fantastico¡ play “The 13th”, pausing between to look longingly at one of the guests, his now new bride. The horn section, the two chord cool so captivating, I ignored the fact that his new bride was actually a man and his jilted lover/band mate who comes in at the end of the video to try and kill each other may have also been a man.

2.
I don’t sleep well before early morning flights. I fight fatigue, sensible bedtimes, and common sense in staying awake. I don’t notice my backpack not biting into my shoulders until I’m halfway between the mouth of the TSA security line and the tram that will take me to my gate. I run back but the backpack is gone. I’m clutching the lost and found number a TSA agent wrote on a slip of paper. I’m hoping someone turned it in. I don’t think my job will appreciate me smelling of subways, cigarettes, and souring sweat when I come in Monday morning.

3.
The sun set behind the lawn seats of the Mars Amphitheater in West Palm Beach as The Cure came on stage. When they played “Out Of This World”, the sun slinked behind the noise wall. I was a one-man chorus. My legs and throat ached of “And it’s come back round to breaking my heart again” as I told my girlfriend from the payphone in Denny’s how amazing the show was and how I wished she was here. I don’t tell her about seeing Road Trip and how my concert buddy compared her and I’s relationship to the dorky character played by DJ Qualls and his love for a black woman as thick as five of him.

4.
I scoured the planet for all of The Cure albums ever made. The crown jewel of my collection was Entreat, a limited edition CD that had most of their live set recorded at Wembley Stadium during their Prayers For Rain tour. It felt wrong downloading the deluxe edition of Disintegration, which included the entire Wembley Stadium set, onto my iTunes to replace what I lost years ago. All the grease and Filet-O-Fish oil cleaned and thrown away to earn the $20 needed to buy Entreat cheapened by hotel Wi-Fi, middle class ideals, and nostalgia.

5.
I fought through sweaty, dehydreated hoards to bring Miranda nachos, ensuring she would stay strong as we held our spot on the floor of the Ford Amphitheater, experiencing The Rapture, surviving Mogwai, and crossing our tired arms at Interpol before The Cure finally came on as headliner/architect of this music festival. She wanted a hot dog instead. I should have known then our relationship was an album waiting for The Cure to make.

6.
A Polish Muppet pops his head out of a blue, useless truck sitting in a lot next to a building asking Mike, Dan, and I the time. When Dan says one, the Muppet asks if it is the exact time and Dan says yes. Five minutes later, I call the airport’s lost and found and my backpack and a forgotten twenty await me back in Orlando. I’m almost surprised about our Muppet encounter but I remembered this is Brooklyn and Muppets are everywhere in New York.

8.
After I broke up with Callie, my best friend refused to let The Cure anywhere near his tape deck. I fight the urge to ask him now about whatever happened to Marry Me Jane.

9.
I finally understood Disintegration when I bellowed the title track in an empty Jameson glass through a barren apartment, the ring finger starting to shake off the callus; our relationship was this album by The Cure.

10.
When I tell Mike that other than 2008, we’ve seen The Cure four times together, I try and shake the math of names and mouths away from me.

11.
Before they begin, Robert Smith reminds the audience that this show isn’t about a new album, but looking back at the past. During the last set, where they play the entire Faith album, I watch him step away from the band, working up the nerve during the musical build up to sing the words to “All Cats Are Grey” before he steps back into the spotlight. I’m not sure if it’s his words or the lack of sleep causing the tears to roll out slow. I can see he’s trying to relate to the words but he can’t any more, and I’m there with him. The audience doesn’t believe them either when they dance to lyrics like this:

When you reach a certain age, you realize the things that crushed you then don’t crush you now: the loneliness of a Friday night alone at home, someone telling you they don’t love you any more, souring the promise of something old or souring something new. You understand the tendency of self-defeat exists only as long as you want it to so you can excuse yourself when you curl up in the back of a friend’s van and whisper that yes, boys do cry, and you write a poem about it when you get home and you never read it to the person that showed you proof in the mirror that boys do cry.

12.
I shamble out of the plane to the lost and found at Orlando International Airport, where everything was still in the backpack I abandon. I switch into a beaten black Express polo in the corner of Terminal B, my work ID badge and assorted keys slapping my chest as I make my way to catch a taxi. The dream had to end.

J. Bradley is the author of Dodging Traffic (Ampersand Books, 2009). He lives at Failure Loves Company.

archive, Fiction
Previous PostWhen It Begins
Next Posti have your DVDs please come by and get them thanks