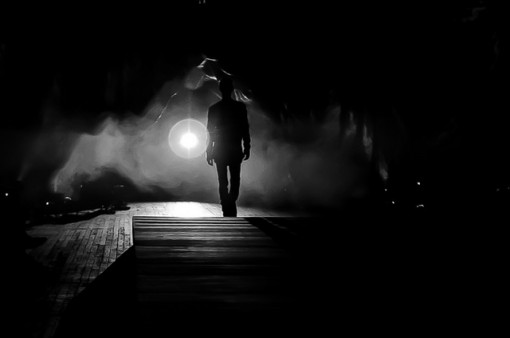 A Report on My Covert Activity

On February 12, 2012, I was informed that three of the graduate students whose theses I was directing had become convinced that I was in fact an agent engaged in covert activity. This information was passed along to me by another graduate student, a person with whom I was not working, and who was trying to ingratiate himself to me. He told me they were uncertain whether I was a foreign agent and thus some sort of mole, or whether my job as a university professor was a “cover” for a job with the CIA—either was possible, they believed.

I of course denied everything. The reporting student was quickly satisfied, and no doubt had not thought the rumors credible to begin with. To the other students I said nothing. But, as a precaution, I told this student I would be happy to work with him if he could arrange to drop his current advisor.

This student and I went on to develop for his thesis a series of fictions closely based on the fragmentary writings of H., an emperor of Rome who introduced to Rome the Syrian cult of the Sun God. This thesis was soon accepted for publication. I made only sparing editorial suggestions, but by careful incision and insistence I managed to have him make emendations such as to conceal a message in the prose. The contents of this message and its intended recipients it would be irresponsible for me to reveal in this report.

The trio of students in question finished the program, two of them with high honors. Later, once they were ex-students and living elsewhere, all three died separately but in similar ways of what was deemed by each coroner to be “natural causes.” The student who informed me of their suspicions is still alive, perhaps through an oversight.

Or perhaps he is still alive because he too is an agent, but whether for a foreign power or for the CIA I would not venture, in this report, to speculate.

Brian Evenson is the author of a dozen books of fiction, most recently the story collection Windeye (Coffee House Press 2012) and the novel Immobility (Tor 2012), both of which were finalists for a Shirley Jackson Award. His novel Last Days won the American Library Association’s award for Best Horror Novel of 2009). His novel The Open Curtain (Coffee House Press) was a finalist for an Edgar Award and an International Horror Guild Award. Other books include The Wavering Knife (which won the IHG Award for best story collection), Dark Property, and Altmann’s Tongue. He has translated work by Christian Gailly, Jean Frémon, Claro, Jacques Jouet, Eric Chevillard, Antoine Volodine, Manuela Draeger, David B., and others. He is the recipient of three O. Henry Prizes as well as an NEA fellowship. His work has been translated into French, Italian, Spanish, Japanese and Slovenian. He lives and works in Providence, Rhode Island, where he is Royce Professor of Teaching Excellence in Brown University’s Literary Arts Department.