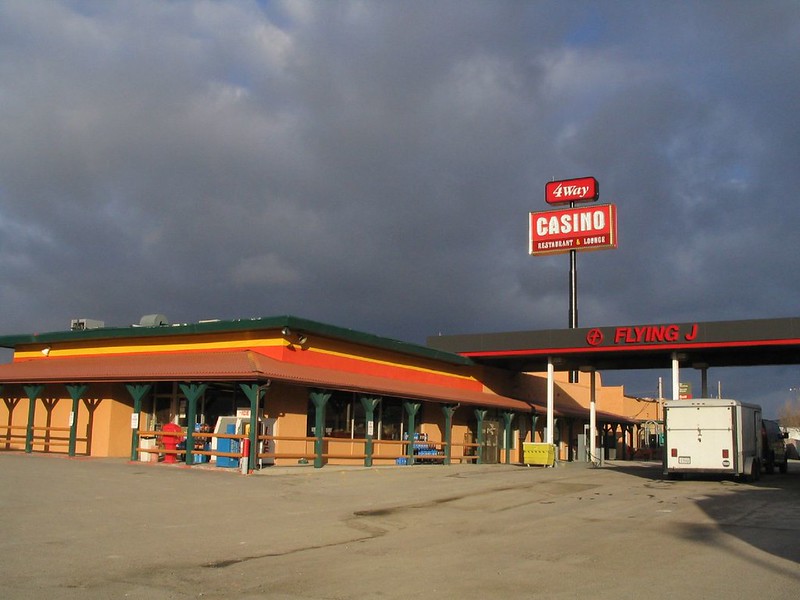 Long ago, my grandmother embarked on sabbatical. Father has said it was because she didn’t care for all the fuss he and my uncle raised. She sat, legs crossed, at the dining room table on a morning not particularly dissimilar from any other, drinking E&J from a stained coffee mug. A Marlboro Red slow burned with each breath she took from between slack lips. She was watching her eldest son, six at the time, shave the left side of his little brother’s head. Framed by the doorway like some Norman Rockwell tableau, he stood on the toilet, whisking the soapy brush across his brother’s scalp as he progressed. The bathroom sink was stoppered, water filmed with foam and hair. A cherry from her cigarette dropped into her lap. She stood, walked her cup to the kitchen, and strode out the back door, still wearing her nightgown and slippers. Grandpa didn’t hear from her for five more years.

She lost herself in Oklahoma, bartering rides from truckers for Polaroids of her naked breasts. She stayed with a cousin in Abilene, helping him mind his chickens. She would rise well before dawn to collect their eggs, rinsing the shit from the speckled shells, her fingers going numb beneath a rusty backyard hand pump whose feathered well water smelled of shale and wayward time. She spent nineteen days in a Nevada county jail for stealing mail, passing the time playing rummy with a Paiute woman who went topless and lost her commissary privileges for refusing to wear facility-issued underwear. When she was released—it was a Wednesday in the April of her third year away—she sat for several hours on the curb outside of a Flying J convenience store, smoking and dropping butts into the storm drain beneath her legs, listening for each brief kiss. Once, burning with fever, her palsied fingers pulled an abscessed tooth from her mouth at a highway rest stop outside of Denver before she gagged on bloody pus and slid unconscious to the cool tile floor. And then one morning, on a ribbon of sun-faded asphalt just a mile over the border into Wyoming, she watched the dawn break over purple sage, and knew it was time to come home.

She arrived while her boys were at school and had a roast fixed by the time Grandpa returned from his shift at the plant. And though she would come to tell them all of her many adventures, she did not speak that first night. Instead, she held the stories close to her heart just as fiercely as any mother would her children.

Gina Marie Bernard lives and writes in Bemidji, Minnesota. Her daughters, Maddie and Parker, are the two halves of her heart. Her work has recently been nominated for Best of the Net, Best Small Fictions, and The Pushcart Prize. Follow her on Twitter at @vixen1724.

Fiction
Previous PostAll the Wishes, A Body’s Worth
Next PostIF MY BOOK: Tender Cuts, Jayne Martin