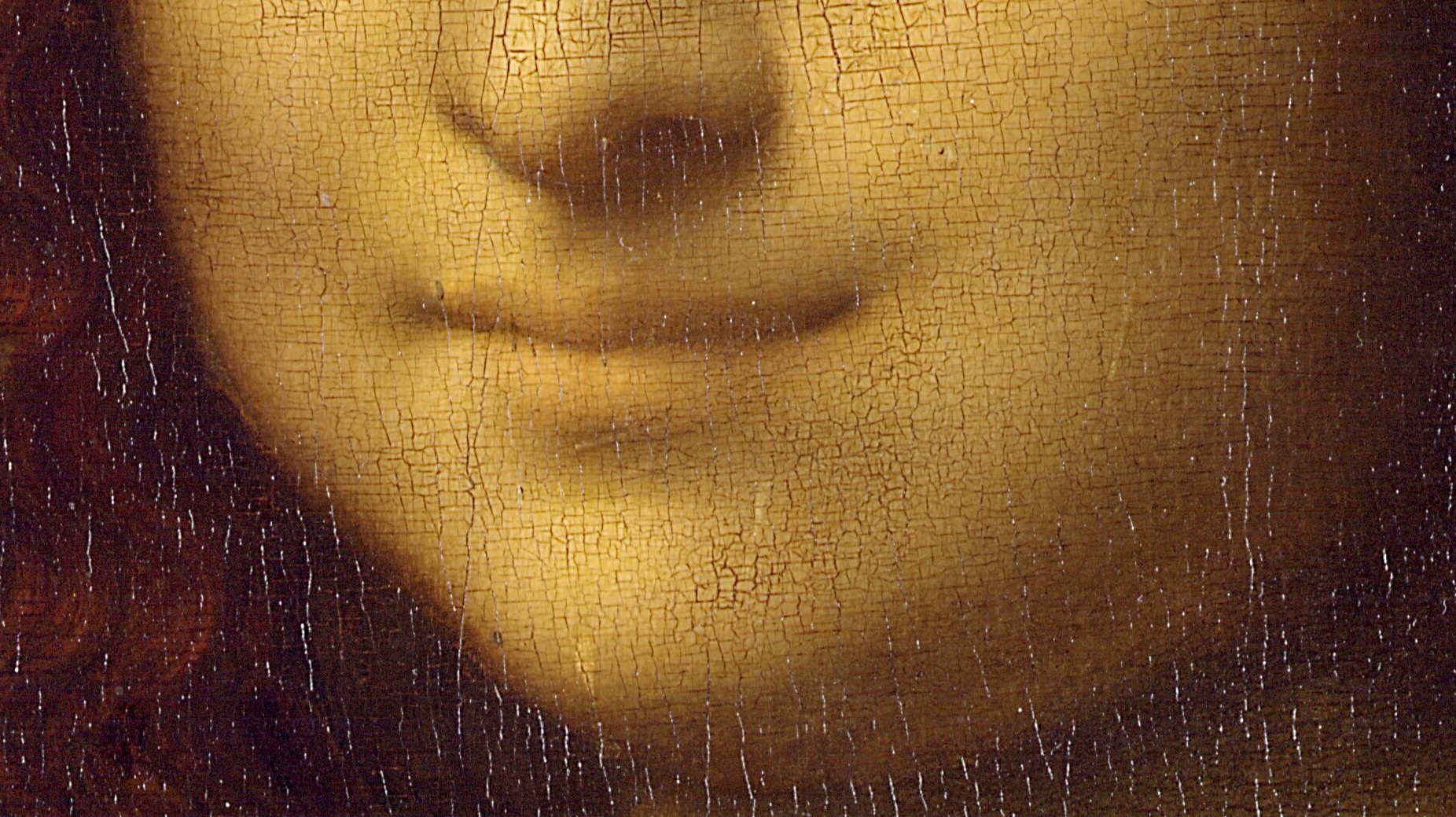 Lisa del Giocondo has bunions, is prone to depression, and is unfashionably thin for the 1500s. She does have beautiful skin, as though lit up from a candle within her. And her hair is an interesting, brooding cloud around her long face. Perhaps that is why the painter asks her to sit for him. She does not want to. She has five children to manage and a shipment of blue silk to sell. Leonardo is her husband’s friend. So she sits. But she will not grin. Her teeth are a pearl necklace locked away in a box.

Trapped in a painting, Lisa fumes. Each century, a new affront. The years spent hanging in French bedrooms and baths, witness to more than one woman should have to see.

But this century is the hardest. They say she’s too small. A disappointment. The posters mock her: Lisa naked, as a sock monkey, with a cream pie smashed into her face. Six million people visit her each year for an average of 15 seconds, just enough time for a selfie imitating her slight smile. Researchers at the University of Amsterdam have used emotion recognition software showing that she is 83% happy, 9% disgusted, 6% fearful, and 2% angry. But these modern people have got it wrong again. She is 50% despondent and 50% furious. The blue of true despair mixed with the red of rage.

At the beginning of 2018, Lisa’s smile lifts three centimeters on each side of her mouth. The museum is too busy coordinating Jay Z and Beyoncé’s music video in front of the painting to notice. Lisa has been photographed with a young woman who uses a Snapchat frame saying #TimesUp. A few days later, Lisa overhears a cluster of students discussing the movement. She learns that it will change everything for women—equal rights and an end to abuse. Lisa’s smile lifts infinitesimally as she watches the beautiful pop star sing in front of her. “I don’t give a damn ’bout the fame (nope).” Leonardo never signed or dated her painting. But its importance has grown for over 500 years.

On August 3, 2018, two sisters announce that they are the last living descendants of Lisa del Giocondo, the real Mona Lisa. Formerly ballet dancers, their bodies are slender and lithe, the ideal for these times. Dark hair frames faces that are twin pictures of happiness. Years earlier, archaeologists had unearthed Lisa’s remains under the altar of an old convent in Florence. They expressed frustration that they found a femur but not her skull. They may continue to search, but they will never possess and display all of Lisa, who is expert at withholding herself. Instead, the public may have her two descendants, who are claiming their heritage and Lisa’s overdue recognition in one fell swoop. They know their facts and are unafraid. This is their time. Camera flashes explode like stars as the sisters beam for the press. Their smiles are even: one-part pride, one-part power.

Lynn Mundell’s writing has appeared in Tin House online, Booth, Portland Review, Permafrost, the W.W. Norton anthology New Micro: Exceptionally Short Fiction, and elsewhere. She is co-editor of 100 Word Story and its anthology, Nothing Short Of: Selected Tales from 100 Word Story (Outpost19). Learn more about her at http://lynnmundell.com and follow her on Twitter at @lynnfmundell.