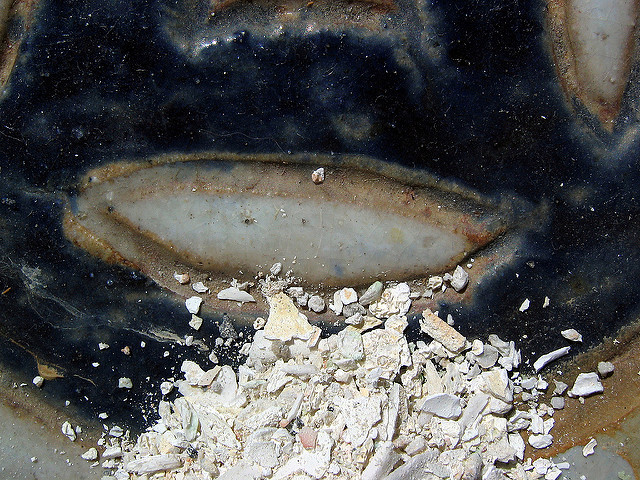 “Wedged in the car trunk. What? He likes travel.”

“Most of him, sprinkled over the rose garden; the rest, in an hourglass I use in the kitchen for three-minute eggs. It’s very unreliable. But then so was he.”

“Tenth hole at the golf course.”

“Nightstand. Though sometimes it’s a problem with sleepovers if they notice. Most don’t notice.”

“We chartered a boat and scattered Marty at sea. Whole family was there. It was very peaceful until one of the grandsons threw up.”

“I pretty much lug him around the house with me if I’m not mad at him. I read him the sports scores in the morning. We have drinks before dinner. We finally like the same movies.”

“Leonard is in a niche in the columbarium at the cemetery way up high next to the bug zapper. There’s a tray underneath that catches the dead flies. I wrote a letter suggesting they empty it more often.”

“I drove Bob to the Grand Tetons and Jackson then on to Idaho Falls to visit our daughter and grandkids. She asked me to leave Dad in the car, said the whole thing creeps her out. Funny, I thought she’d be pleased to see him.”

“The kids and I had planned a small service in the mountains this summer and thought we’d leave Dave there, but now the Vatican says no scattering and no ashes in an urn at home.”
“Fine. A terrarium is not an urn.”

“We placed Derrick’s cremains in a biodegradable container fashioned from clover and ferns and had a ceremony down by the creek out back. Trenching, the kids call it. It’s a beautiful spot, but you do have to watch for stinging nettles.”

“I bought a stepping stone kit from Hobby Lobby and mixed Lloyd into the concrete. He’s the first step in the front courtyard, the circle, the one with the L outlined in red and green marbles.”

“I can’t afford the moon. I’m saving up for fireworks.”

“He’s still in the box they gave me at the mortuary. I set it on the entryway table next to his wallet and car keys. I don’t know. We never talked about this.”

Victoria Melekian works as a court reporter. Her stories and poems have been published in Mudfish, Literary Orphans, Atlanta Review, Valparaiso Fiction Review, Word Riot, and other anthologies. Her story “What I Don’t Tell Him” aired on NPR. She has twice won a San Diego Book Award. For more, visit www.victoriamelekian.com.

Fiction
Previous PostIF MY BOOK: Making Love While Levitating Three Feet in the Air, Jeff Fearnside
Next PostAn Apology of Sorts to June