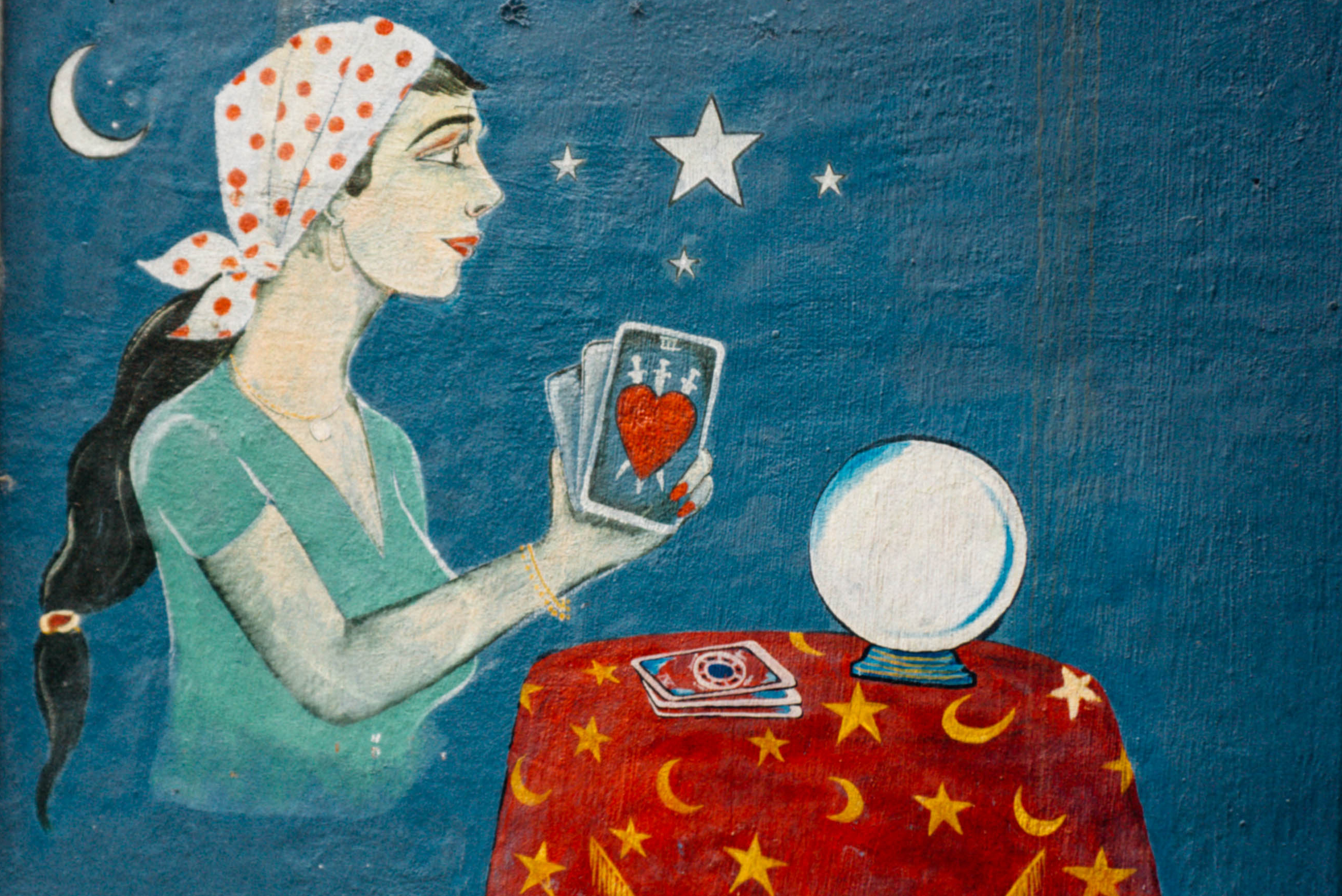 Against Sunshine’s better judgement, she went to see a fortune teller. The fortune teller’s name was Willow. The sign in front of her dilapidated house said RUNES, TAROT, PALM READINGS.

Afterward, the first person she thought to call was her husband.

The husband who disappeared almost a year ago. It was habit.

Both her children were away at college: the older, the girl, at a distance of almost two thousand miles. Sunshine lost track of her, this daughter, almost entirely in the last two years. Her daughter refused to go home for holidays, even for Christmas. Sunshine chided herself for this.

Samuel was studying in the University of Indiana at Bloomington. He hardly came home, either.

“You will enter a great forest,” Willow said.

Sonny, Sunshine’s husband, had worked almost two years for a start-up in San Ramon, almost thirty miles away. She last saw him just before 8 a.m., on a March morning, when he’d eased his blue Prius out of the garage. She stood at the door waving, as she always did. It was not a gesture of farewell, but a reminder. You must come home to me. The air, she remembered, had the gathering heat of a late spring day.

Sonny always told her she had too much energy. He’d say, You’re making yourself sick over this. Then, How much sleep did you get last night?

She’d been averaging three hours a night for over twenty years. Amazingly, it didn’t show on her face. Other women got eyebags. Sunshine’s face grew luminous. As if she really was a creature of dreams and darkness. She was made for them. She lived for them.

She began reading a new collection of short stories by a young Scottish woman. “Everywhere, glowworms shone with a green fire.” The heroines in almost all the stories had green eyes and flame-red hair. She tried to picture such ethereal beings. On the top of a new page of her journal, she wrote the words Spell and Fantasy.

She tried to remember the last time she had lain down beside Sonny in the bed they had bought just before their wedding. His scent wrapping around her. Musky, not a particularly appealing smell. But so him. Why had he disappeared? A cousin asked, “Did he have a girlfriend?”

They found his body in a washed-out gully of a stream two hundred miles north. Throat slashed, his belt and his wallet missing. He had always been such a careful man.

She read, from the Scottish writer: She had stopped to wash her face in a woodland pond, without knowing where she was bound.

Willow had told her: “Never fear. You will become an old woman.” Well, what did she know.

Marianne Villanueva was born and raised in the Philippines, received a creative writing fellowship to Stanford University, and now lives in the San Francisco Bay Area. She has three published collections of short fiction: Ginseng and Other Tales From Manila, Mayor of the Roses, and The Lost Language. Her novella, “Jenalyn,” was a 2014 finalist for the UK’s Saboteur Awards. She is writing a novel. Follow her on Twitter at @mariannevill714.