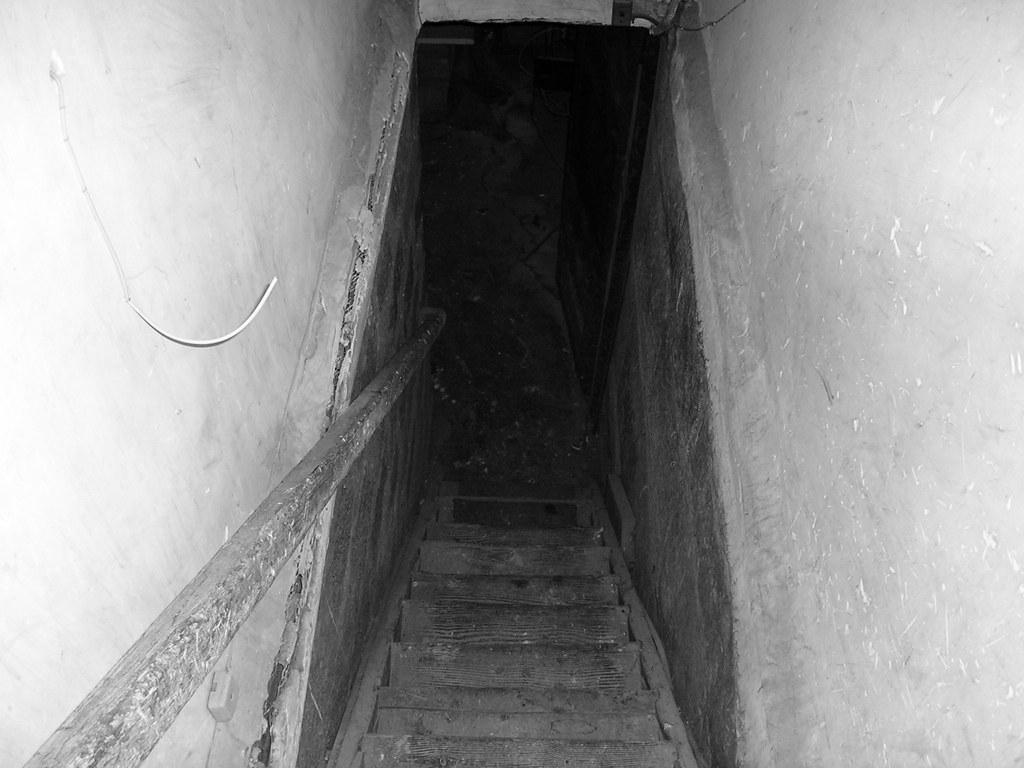 The One Who Finally Saves You

Was I freaked at first? Shit, yeah.

You know how it is. You’ve been stuck at a company too long. You were just about to quit when, suddenly, they laid you off. No way you can afford your place. So you spend weeks boxing up your life, throwing out all the little bits that you promised everyone you’d save until the day you died. You think about calling your old fling about the watch you found under the bed. You think about selling it instead. What the fuck do you owe him anyway? In the end, you call your brother to ask if he’s in the market for a new one, and when he won’t answer, you just toss it in the trash like everything else.

You carry what’s left to the new place and nothing fits the space the way it’s supposed to. After weeks of buying new rugs and returning new rugs, you finally figure out how to sleep over the rattlesnake moans your new, shitty radiator makes all night long.

First, every time you bother to cook something decent, the leftovers go missing. Just single portions of chicken breast and mushy vegetables. Just a few gluey forkfuls of butter pasta. Barely enough to notice. Still, there are never clean forks when you need them and the funky broccoli isn’t just eating itself. Something is up. You call your mother about this. Your mother asks if you use too much olive oil when roasting the broccoli. Your mother reminds you that steaming is really so much healthier. After you hang up on her, you order takeout and make sure to swallow every last bite, even after you start to notice the dull ache coming somewhere near your middle.

Pretty soon, your friends stop coming around the apartment. This is because the whole place is starting to reek like shit. They know it, and you know they know it, but they’re not sure that you know they know it, so they ask you to drive the forty-five minutes to their place instead. You could but you don’t. If they can’t even be honest about how terrible your new apartment is, are they really worth driving 45 minutes just to drink wine with? As if you don’t know how to drink wine alone.

The same Friday night that you stay in and murder half a bottle all on your own, you try calling your brother about the shit smell. He’s a homeowner, so you assume he knows about these things. Plumbing. Vermin. Mold. Smelly, suffocating problems that you try to ignore from the opposite corner of a living space. When he doesn’t answer, you hang up without leaving a message. You spray an old blankie with something lemon-scented and sleep with your head underneath it.

This is when the messages start popping up, little third-grader scrawled notes on Post-its and paper towels, things like DIE BITCH and NO MERCY FOR YOU. This you tell no one about. Not at first.

One day, you try writing back. You’ve never been good at this sort of thing, so it takes a few tries. Crumpled rough drafts litter your floor:

Eventually you just say HEY. Then you finally call your brother to tell him about it.

After he hangs up, you think about calling the cops, but you’re afraid they’ll ask you the same old questions. You’re just too wiped to deal with all of that. The radiator is still terrible, plus all night long there’s this horrible hammering sound like God is trying to crack your floor, walls, ceiling, and head open.

One day, your landlord gives you a ring. He wants the story about why the neighbors have been complaining about the smell of absolute rotting ass coming from your home.

“Have you checked in the basement lately?”

“Never,” you tell him. He asks why, but you have no good answer for him. The men in your life are always asking stupid questions about why you’re so afraid of basements and the dark and cars and men and nightclubs and men and knives and fire and sex and men.

After the landlord lets you go, you call your brother up again. No dice. So, all alone, you put on your slippers to head to the basement with a flashlight in your hand like some chapter-book detective. The wooden staircase has no railing, so you put one hand against the cold, stone wall to keep you steady. Each footstep forward makes a sound like it could be the last sound you ever hear.

Looking back, honestly, how could you not have known?

You swing your light around. It doesn’t take long to spot it. It’s almost as big as the fucking basement: a cage.

It looks like maybe it’s unfinished and it’s built about as well as a set piece in a high school play, but what do you know about this sort of thing? All you know is this thing looks like some giant’s ribs made of metal and splinters.

Inside the ribs, it’s got what looks like two folding poker tables pushed together in the middle. On top are all kinds of angry-looking knives and hardware laid out in a way that recalls your mother’s dinner table. This reminds you of how your brother always asked for your help to carve the turkey. Just for a moment, something awful inside of you wishes that you hadn’t, that you’d just sat back, let him botch the bird and knick a pointer instead. You’ll try to remember to tell him all of this if he ever calls you back.

“Your phone lines are cut,” says a voice next to you. You swing your little light around and there he is. This man with blackish green teeth and big arms. His face is just as terrible as you’d always feared, but his voice is higher than you’d expected. He points a long, fat knife at you. “No one will come if you call them,” he says. You think, duh.

“For me?” you ask, pointing to the cage. Taking a second look, you realize just how much labor went into the whole thing. It’s a real piece of work. You’ve never even made a cake from scratch before, you think. He just nods.

“If you try to run, I’ll kill you slower and then mail all of your worst stained underwear to everyone you’ve ever loved.”

You consider all of it: bloodied underwear, the ugly watch buried in your dust bunnies, the old boss who fired you, the next boss who probably will, dry birds, your little brother dancing to the sound of the phone’s ringer bouncing off the walls of his big, empty home.

Really, now that you’re down here, the smell doesn’t seem half as bad as the neighbors said.

“No problem,” you say. You reach to pat him on the shoulder and dusty crap flies off his flannel. Your old flannel, you realize. The bastard is wearing your old shirt.

Still, you’re not here to give anyone any trouble. You march over to the part where the cage opens just wide enough for you to slip inside.

“It doesn’t have a lock yet,” he falters for a moment, embarrassed.

For the first few days, the man who’s been building you a cage in your basement pops in and out. Sometimes, he disappears for hours, and the only thing there to remind you that you’re a prisoner is the smell of him burning your toast upstairs. Every now and then, he stops by to let you know that he’ll never, ever let you go even if you beg.

Nothing stays this rosy forever, though.

Somehow, the blender that you thought had crapped out months ago made it through the big move and into your man’s hands. He plugs this piece of crap into the outlet closest to your cage, flicks the switch to turn on its death rattle, and, shouting over the sound of the broken gears, tells you that he can’t wait to stick your chipped-nail-polish fingers in one by one.

“How do you think it’ll feel?”

After, he walks upstairs with the blender still on. The sound of its little tornado keeps you up all night.

Time passes. You lose your sense of what an hour is. You stop dividing your life into mornings, afternoons, and nights. You operate in terms of bright light, grey light, and pitch dark. Usually, bright light means your guy brings you some dry toast. There are no mirrors down here but you can tell that all of your spare parts have never been skinnier and, eventually, you start to wish that you had someone to clap about it with.

One day, the guy comes down in a real mood, spit and snot flying like a sprinkler, and you can tell something serious must have gone down. He starts screaming that the next time one of your friends even sneezes in the direction of this house, there’s gonna be a bloodbath. He leaves you to consider this over the sound of the blender: Who would?

In the dust, you make a list of your potential rescuers. Your mom. The mailman. The good-looking delivery guy from the gyro place. The funky looking delivery-guy from the pizza place. Your ex. Your other ex. The one who you don’t consider a real ex. Maybe your brother.

A few dull, grey lights later, you wake up to some crash upstairs and the sound of two deep voices, angry. One yells your name. The other screams. You can hardly breathe, listening from inside the cage and trying to piece the full story together from the noises. In this moment, the first thought that flashes is, ‘Just please don’t be some cop’.

Glass breaks. A gun pops. It’s so much louder than a crime-show reenactment. So what do you do? Not much. Just above your head, all Hell is breaking loose. You’re stuck to the cold, grainy floor thinking about how, if you can just keep your digits crossed tightly enough, someone you love might be the one who finally saves you.

Cara Dempsey is a teacher and writer living in Brooklyn, New York. Her work has been featured online in places like Monkeybicycle, Hobart, Brokelyn, and Paper Darts.