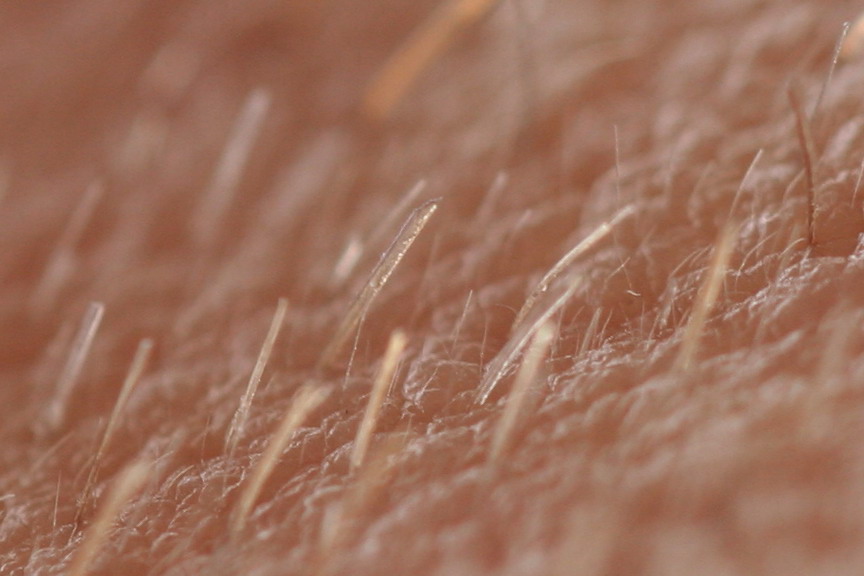 Your ex-girlfriend has multiple sclerosis, which means that her body is sending out signals that her brain isn’t catching. Or vice versa; I’m not clear on the details. When you talk about her deterioration, I imagine a lighthouse beam sweeping periodically over a black ocean, and a glitch: a shadow of an oncoming ship. If you look at any disease hard enough, it becomes poetic.

In the past few weeks, I’ve thought about talking to her. First off, to ask: if she had to break up with you because of her illness, then why does she still let you call her so much. Of course I would never really ask that. It’s cruel. But to say that I wouldn’t want to ask it, to say that I might not even blurt it without thinking if I did happen to speak with her, would be lying.

To tell the truth, that’s probably the most real reason that I haven’t picked up your phone when you were somewhere else—in the shower; making coffee—and written down her number. Second, I want to ask her if she even knows about me.

This one time, you had just gotten off the phone with her: the girl half a world away, in treatment in her hometown, seeing the California beaches through a hospital window, and I caught your smile, the way it dimmed like a light in the instant between hanging up the phone and turning to me.

This visit from your little brother has been planned for weeks. It’s my fault that the timing is suddenly inconvenient.

“This is Jake,” you say now. Jake has your red hair, but his falls forward into his eyes, waves down his sloping neck. He is taller than you, and lankier. Where your teeth have been straightened with expensive orthodontia, his are crooked, charming. Had your parents run out of money, I wonder. Had your problems been more severe when you were young? Or had they lacked the fortitude of heart to brace that snaggletooth into submission?

“Hi,” Jake says. He lifts one hand in a low wave. All of his clothes are loose on him. He is fifteen. He pulls out his cellphone, sliding and tapping his hands across it, making its use look like playing an instrument.

You watch Jake like a parent, with equal measures of natural pride and learned exasperation. I can feel an attack coming on. I don’t grab your arm, although I want to. I hug myself and wait.

“We have to drive Erika to the hospital,” you say to Jake. I watch your face closely while you speak. “No big deal, just a follow-up.”

“Sure,” Jake says. He looks at me. His eyes are lighter than yours—mirror-blue, almost transparent. His eyebrows and eyelashes are pale, too. I almost can’t tell they’re there. He turns, grabs the door handle and yanks himself inside.

“Let’s go,” you say. I can hear the impatient thrum under your breath. I grab the door that Jake has just slammed shut and climb in after him, the two of us in the back seat, like children waiting to be taken somewhere marvelous.

They first attacked when I was in Central Park. I had found a rare spot that was secluded completely. Mostly, I remember the force of it. I felt invaded. A shock of pricks, spreading like a flush, starting at my neck, running down my chest. When I spread my fingers across my skin, I could practically feel their little jaws.

I was alone, which fucking sucks now, because I think you’d have understood if you’d seen my first reaction. The way I twitched and flailed, pulled my clothes off as if they were burning. The honest shock across my whole body when I tugged the first fiber out with my nails. Read: I think you’d have believed me.

You act as if you believe me now, but I can see that you don’t. I know the way that the gears work behind your eyes, ever logical, and ever fitting together the available evidence to form a big-picture conclusion: if she’s lying about this, then what else?

I have since gone back so many times to the park, to that clearing—never in person, only in my mind. How clear the sky was: so blue that I could feel the sweet taste of it in my mouth. The way a flock of crows flew scattershot across it, just before the attack began.

Because I didn’t yet know better, I went straight to the hospital. A flat-faced nurse listened to my symptoms. Just before she went to get the doctor, she half turned back and asked: “You didn’t bring any samples, did you? Of the fibers?”

“Absolutely not,” she said. “If you bring in samples, they’ll have to send you over to psychiatric.”

She shrugged. “Rules are rules.”

In the car, you put the game on. I’m not sure which sport they’re talking about. Jake slides his thumbs across his screen. Without looking at me, he says, “So, what’s wrong with you.”

“I have this disease,” I say. “Unidentifiable fibers crop up under my skin and then push out.”

He puts down the phone. “I’ve never heard of that.”

“It’s real,” I say, maybe too fast. “People have only started learning about it in the past few years.”

“Whoa,” he says. He’s looking at me, now. “Where do the fibers come from? Does your body make them?”

“Bioforce ZXX is about aliens,” he says.

“My game,” he says, gesturing to his phone. “I’m trying to save the world from getting taken over.”

“What happens if they take over?”

“They siphon out your brain in this straw thing and put it in a jar, to study. There’s a whole hall of jars on the eighth phase. I haven’t seen it yet, but everyone on the forums says the graphics are awesome, really next-level.”

I nod. “I think my body is making them. The fibers.”

I imagine slivers of my insides detaching, ratcheting towards the cages of my skin with incredible force, with enough purpose to barrel through it. It’s almost comforting, or sweet. The body attacking, instead of being attacked. Misfiring, in some way. I think I would prefer that.

“It’s kind of weird,” I say, looking at the red patch on my forearm, where I pulled the last series of fibers out with a pair of needle-nose tweezers. He leans over to me. His curls smell like teen boy shampoo, coppery, and spiced. He looks at the constellations of rash. He passes his fingers over the skin, barely touching it.

The attacks happen most frequently during the day, but sometimes they hit in the middle of the night. The first few times this happened, I woke in a frenzy, clawing at my skin, writhing. The very first time, I leapt out of bed, shouting in a voice already hoarse from the strain of terror. I wanted to get you out before they got you, too.

You sat up, but once you figured out what I was trying to tell you, tears streaming down my blotchy face while I scratched my skin hard enough to leave marks that wouldn’t fade for days, you grimaced. You stayed in place. “Erika, baby,” you said. “It’s all in your head.”

I stopped scratching for an instant. But another attack hit, racing up my abdomen, and I convulsed again. “I mean, I believe you,” you said. “But I don’t feel it.”

“Do you need me to call a doctor?”

Nothing would change. “No,” I said. I climbed back in. You slipped your arms around my waist, but I couldn’t stop twitching and eventually you pulled away.

Now, when they wake me up, I can brace myself and hold still enough that you are not disturbed. Our bed is pushed up against the window and I sleep on the glass side. I wrap my arms tightly around my own waist and watch the black sky, speckled in stars. The room is empty of sound. I can barely hear you breathing. The glass is cool against my forehead. The sky is just one transparent layer away from my face.

Your room always smells clean, almost sterilized. I lie there and I miss you. I miss hoping that I might matter enough, instead of knowing for certain that I am falling out of your favor for reasons that aren’t my fault. I wonder where your ex is now, if her head is also pressed against a glass pane, if even with her tidy diagnosis, she still feels pain that she doesn’t understand.

I clutch myself tighter, and I watch the moon. And, even though I know that it’s crazy, even though I could never tell this to a doctor or a nurse or you, I hope that something bigger than this world is coming for me. That all of this has not been a symptom after all, but a sign.

Now, we’re going to the hospital for a follow-up, and this time, I’ve done research. I know all about how they don’t believe you, no matter what you say. I have already decided that I’m going to lie, going to tell them that I’m cured, it’s mysterious, and why yes, I was extraordinarily stressed out two weeks ago, a convening of unprecedented emotional circumstances, and yes, I am prone to anxiety attacks. Isn’t the body amazing? And after that, I know what I’ll do next.

Before this can happen, though, you get out of the car to get gas. You are in the 7-11 grabbing a coke for Jake when your phone buzzes. Jake looks at me like, Aren’t you going to get that? And because I want to believe in a closeness that we don’t have, I do.

It’s a text, not a call, and it is from your ex, and it’s just a link; no accompanying message. When I press it, the website for an airline comes up. I don’t look at the details. I turn the phone over, leave it on the armrest.

Jake is deeply absorbed in his game. The first time I say his name, I speak so quietly that he doesn’t look up.

“What?” he says, irritated, when I say it again.

“Come on,” I say, jerking my head toward the door. “I have something really cool to show you.”

When we reach the park, the clearing, I lie down first, the drying grass tickling the back of my neck, and he follows suit. I am covered in a fine dust of sweat. Tremors run through me, erratic, like defibrillator sparks in my veins. The sky is clear above us.

I take his hand. It is warm, damp, and he holds tight. The sun is so bright, but I squint at it anyway. Jake shifts, his back rubbing against the grass.

“When will they come, do you think?” he asks, his voice soft. “How will I know?”

“You’ll feel it,” I say. I clasp my fingers tight around his hand. “Trust me.”

Kerry Cullen is a literary agent’s assistant at Curtis Brown, Ltd., and her work has been published or is forthcoming in Prairie Schooner, The Rumpus, and Superstition Review. She earned her MFA at Columbia University. Follow her on Twitter at @kermichele.