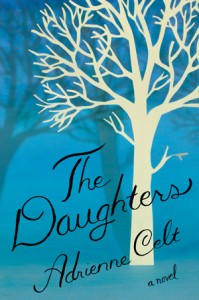 If The Daughters were a weapon, it would be a rapier: delicate, elastic, honed to a point. It would be built for sparring, a celebration both of the beauty of form and the athletic intensity of attack. It would be, not incidentally, dramatically suited to the stage. You would bring it with you to your first and only duel, testing its balance and deadliness in your hand—that perfect weight, the way its whole length bends when pressed but then snaps back into shape. There would be something medieval about it, but also something quite new.

If The Daughters were a home it would be a sailing ship. No, stay with me: a ship on which you lived. Its destination would be everywhere, and in a drawer below deck would sit a passport full of stamps and visas. So full that it had already required extra pages, and might yet require more.

If The Daughters were a shade of malice, it would be envy.

If The Daughters were a piece of cutlery, it would be a too-sharp knife being used to spread butter. You would see it and think: This is not the way. But then: There is no other way. When you licked a bit of butter from the blade, a person you were close to would sit across the room and watch your tongue, waiting to see if you got cut.

If The Daughters were a philosophical concept, it would be eternal return. It would ask of you no more and no less than an uncompromising embrace of your fate. In your powerlessness you would find vitality.

If The Daughters were a bird, it would be that bird that flew into your window one morning, but got back up again. You would hear it from the other room ¬– when the glass cracked, your heart would tighten. “Oh dear,” your lover would say, and you would both set down your cups of coffee and go to see what could be done. But there would be no body beneath the window. Just a feather, and the shape of a wing in the dust.

If The Daughters were a song you sang to your child just before turning out the light, it would be the one she remembered years later—remembered as a color, as a flavor, as a feeling. Sometimes she would hum it to you, but each time she did it would come out differently; although you both knew what she meant, you couldn’t quite grasp or recreate it. Sometimes when she fell asleep on the couch after staying out late with friends you would sit beside her and stroke her hair—this newly tall fawn-creature that your baby had become. You would pull an afghan over her shoulders, and start humming. But no matter how hard you tried, you couldn’t pick out the words or tune that once came to you so felicitously, back when you were drunk on sleepless nights and on your new love.

Adrienne Celt is the author of The Daughters (W.W. Norton/Liveright 2015). A writer and a cartoonist, her work has appeared in Esquire, The Kenyon Review, EPOCH, Ecotone, The Rumpus, The Toast, and many other places. Find her online at adriennecelt.com or follow her on Twitter at @celtadri.

0 replies on “If My Book: Adrienne Celt”