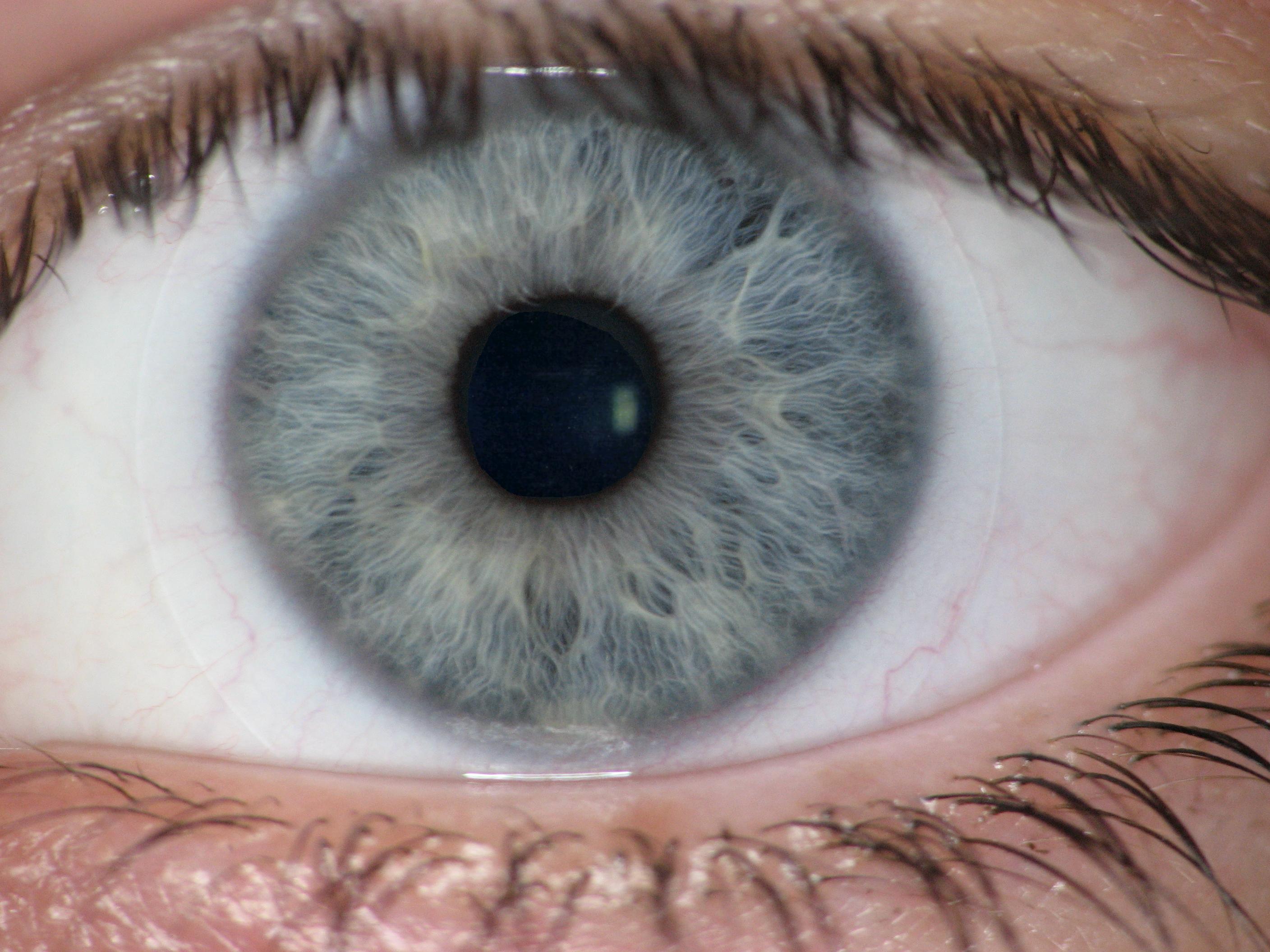 My friend is half-dolphin, but he looks mostly human. In the right light, so long as he keeps his mouth shut, you would never know.

Lucky for you, I say. I try to imagine what would have happened to him otherwise. If he had flippers for arms, for instance, or just a trunk for legs.

Yeah, I got the good parts, he says, and then takes a breath so quickly it sounds like a snare drum. This is his habit. He can also hold his breath for twenty minutes straight.

Stop it, I say, twisting around furtively at the rest of the patrons in the street-side café. A few people are craning their heads curiously in our direction. One old lady shakes her husband’s arm, trying to get his attention. I sigh as I turn to face my friend again. He laughs at me, his mouth hanging open, showing his conical teeth.

I’m half Japanese, which is not as big a deal as half-dolphin, but still, it’s probably why we get along. I’m not saying that I choose all my friends that way, or that it defines me. I’m not even saying that it’s all that different, being mixed. But I will say that from time to time, it’s nice to talk to someone who understands.

I got a call from my grandma, I’ll say for example.

It’s a bitch, ain’t it? my friend will respond without a moment’s hesitation.

I still can’t get her to believe that she’s not being charged ten bucks a minute, I say. You know, overseas rates.

Ha! I can’t even get mine to stop pressing the keypad during the call. I guess she just can’t get over the sound it makes. But imagine you’re trying to find out how her kidneys are holding up—you know, serious conversation—and you hear beep! and her voice says, What does that one do, grandson?

I would hit my head against a wall, I say.

No, you’d yell, he says. You’d say, it does nothing, Grandma! You already made the call! The numbers are irrelevant now!

Except you don’t, I say.

Because it’s already pretty impressive that your grandma learned how to use the phone at all.

You’re damned right it is.

One of the things I learn from him is that dolphins aren’t as happy all the time as we think.

They sure look happy, I say.

That’s just the way our jaws are made, he says. It’d be like if I thought the shape of your ears made you happy.

That would be pretty inconvenient.

How about Flipper? I say after a while. Wasn’t he happy?

Oh God, he says. That’s the most miserable dolphin you’ll ever see.

Wow. That sure changes that whole movie.

You really couldn’t tell? Those little noises he makes? The sad little way he twists his tail?

I ask about Flipper because it’s my favorite movie. They played it once on TV in Japan when I was growing up. I remember turning around and seeing that odd look on my father’s face. I think he’d grown up with it too, having lived in Florida as a kid. The look on his face convinced me to sit about a yard away from the screen and watch the whole thing almost without blinking. And then the next day I went to the video rental store, which was still a thing in those days, and went back home and watched it again with my dad.

That’s probably why I knew the first time I met my friend, even before he opened his mouth, that he was part dolphin. I knew it because he seemed like an old acquaintance, like somebody familiar from the far-off past.

Every Wednesday, during our lunch break, my friend and I go to the city pool. I’m a good swimmer. My father taught me himself. I always swim in the farthest right lane where all the kids who dropped out of the swim team, or the parents and grandparents who aged out, try to stay in touch with that part of their lives. My friend isn’t much of a swimmer, but because he can hold his breath forever and also because his body sinks like a stone, he swims in the same lane, crawling slowly along the bottom of the pool where he’s out of the way of everyone else. This isn’t strictly allowed, but the lifeguard on duty on Wednesdays is a friend of ours, and she understands.

Lately, though, he’s started showing up with another friend who’s part penguin, and this has become an issue.

The penguin friend can’t swim fast, and he can’t sink either, although he too can hold his breath forever. His arms are perfectly serviceable flippers, but the rest of his body is too angular to glide easily through the water. He flounders across the pool like a broken paddleboat, making more waves than forward progress. Every other lap, I have to jump lanes to pass him. Sooner or later, the lifeguard comes to the edge of the pool with an anxious look on her face.

He’s getting in everyone’s way, she says.

Carl comes over and tries to hang with his arms off the edge like I do, but he can’t quite manage it. He slips off and bumps into a guy doing the butterfly. There’s a slap and a splash that sends water across half the pool.

Put him in the slow lane, the lifeguard says.

C’mon, I say. Let him stay a little longer.

We used to swim an hour every week. After Carl joined, now we swim about fifteen minutes before we go to the changing room and watch the news on TV.

All Carl ever talks about is the ocean, and it gets on my nerves. He talks about overfishing and acidification, he talks about ocean politics and ocean history even, and I don’t know how to talk about any of those things. Edwin knows, though, of course, and when he’s on that subject he turns into someone completely different.

Really? says Edwin. How confident is he that they’ll be able to change section 3.2?

You know the deal, says Carl. It seems like they might have a breakthrough, but then the Japanese won’t put up with it.

The Japanese? I say.

The Japanese are kind of the Vladimir Putins of the maritime law world, says Edwin to me.

Exactly, says Carl. Wherever progress is about to be made, you can be sure they’ll be there to stop it. Seriously, someone should figure out a way to just get rid of that entire nation.

Well, to be fair, says Edwin, most Japanese are fine.

Like this one, says Edwin, and puts a hand on my shoulder while Carl makes an awkward face and I try to smile back.

I appreciate Edwin’s efforts, but somehow I get the feeling he only says that for my sake.

They say in the land of the blind the one-eyed man is king, but sometimes on my way back from the pool I wonder about the loneliness of that king. I wonder why he doesn’t abdicate his throne and cross the border to the land of the one-eyed, where at least he fits in. I suppose it’s possible there isn’t such a land. Maybe the one-eyed people are stateless.

But still the king must keep close tabs on those who are at least partially sighted. On the travelers from the land of the myopic, the republic of the cataracts sufferers, and the far-sighted and the near-sighted too. Not out of a desire for conformity. Not because of some kind of nativism for the incompletely blind. But just because it’s nice sometimes to be in a place where certain things don’t have to be explained. Where you don’t have to carry around the same stock answers to the same old questions and try to freshen them up each time you use them, try to pretend to even be interested in your own words.

So I’ve got my driver’s test coming up, the king will say to his half-blind friends, and without any hesitation they’ll chime in:

Good luck, pal. Those things are a nightmare! You used to be able to cheat by bringing glasses and secretly memorizing the order of the letters, but ever since they switched to those stupid little machines you have to peer into… I tell you what though, if you’re prepared to go a little out of your way I know someone who works at the DMV who’ll let you pass…

I run the scenario in my mind. I play out all the happy conversations, the comfortable adventures. But somehow, by the time I reach my office again, it always ends up that even in the company of the partially sighted, the one-eyed man still feels alone.

Carl takes Edwin on a trip to see the sardine run in South Africa. They’re gone for about a month, but it takes until two more months after that before Edwin calls me.

Look, I say, before he has a chance to speak. We can all swim in the slow lane.

No, says Edwin. That’s not a problem at all.

How was South Africa? I say.

It was great. We made friends with some seals. They’re taking us to the movies tomorrow. You wanna come?

Can’t, I say. I have a prior appointment.

What is it? he says.

In the land of the blind and the one-eyed king, the eye doctor sits in his room, sharpening his knives and waiting for a call. Because he understands that the king can change himself. The king is lucky that way. He can be like everybody else if he wants. Over the years, in moments of sadness or weakness, how tempting it must be. How he must think about all the different, even painless ways to do it. In the quiet of the fading light at dusk, gazing out over the purple and orange sky, seeing the deep blue shadows creeping across his skin, dividing his face in half. Anesthetic and a knife, he must whisper to himself. Or a white-hot iron.

Maybe in the full light of the day he understands that it would be a mistake. Maybe he reminds himself why he shouldn’t do it. But at night, asleep in the pitch dark, the words come out, and his hand creeps all by itself to the nightstand where the phone awaits.

Are you sure? says the eye doctor.

And the king, with his sleeping, greedy mind, breathes Yes.

Gen Del Raye’s fiction can be found, among other places, in The Monarch Review, Star 82 Review, and at gendelraye.blogspot.com. He grew up in Kyoto, Japan and is currently living in Berkeley, CA.