Welcome to another installment of If My Book, the Monkeybicyclefeature in which authors shed light on their recently released books by comparing them to weird things. This week Lindsay Lerman writes about her debut novel, I’m from Nowhere, out now from Clash Books.

If I’m from Nowherewere a bird, it would be the butcher bird.

“The butcher bird lives in this place. The tiny, elegant Loggerhead Shrike. She builds her nest by herself. Her sight is sharp and she is strong but her talons and beak and body are small. When she spots her prey–often larger than her–she captures it and impales it on a long thorny spike. The spike does the killing. The sun does the roasting and preserving. Time drains the poisonous prey of their venom, and she can return to their bodies for continual feasting, in her little spike-pantry. She is almost extinct, like most everything else.”

If I’m from Nowherewere an action or a gesture, it would be declining. As in, “No thank you, I decline.”

In grammar, “to inflect as a noun or adjective,” from late 14c. The sense has been altered by interpretation of de-as “downward;” intransitive meaning “to bend or slant down” is from c. 1400. Sense of “not to consent, politely refuse or withhold consent to do” is from 1630s.

“No more smiles for strangers. No more polite nods and concerned yes-I’m-listening head-tilts. And more of that worst lie of all, the permeating self-deception that womanhood had required of her: I’m fine, thanks for asking. It had been her refrain, her mantra for her entire adult life. Always fine.”

If I’m from Nowherewere a drug it would be a “hippie flip” (a combination of mushrooms and MDMA). The book is meant to alternate between turning you on and turning you off. It comes into close focus and then swings back out. It aims to capture some of the darkest darkness and the lightest lightness. I want it to show you just how muchyou can contain at any given moment in your life.

“The pills dance down her throat, and she doesn’t have to wait long for them to work; she’s already had wine and not enough food. Sometimes it’s the pain itself that finds a lover, and you’re its small sad conduit.

They sit in this hot, desolate living room on his sinking futon, shades drawn low

as the sun sets, until she blinks and finds she’s capacious enough to accommodate the universe. She is fire, she is water. She wonders about a line in a song she used to know: When you dance it is torture. She is plummeting but she doesn’t have enough in her to fight it; she’s tired of having control.”

“Will a sinkhole open up and swallow them? Will those starving in the Southern Hemisphere come for them and their food? Will the vast fields of greenhouses collapse under the weight of a massive multi-day hailstorm? Will those in power decide it’s no longer worth the effort to keep the rest alive?”

If I’m from Nowherewere a knife, it would be a pocketknife. Slim, sturdy, and designed to be carried around, kept on your person.

If I’m from Nowherewere non-fiction, it would be Anne Dufourmantelle’s book Power of Gentleness: Meditations on the Risk of Living. I didn’t read this book until well after my book was finished, but it’s the most powerful piece of theory I’ve come across in years. It performs and exudes the kind of quiet power I hoped my book would have as I wrote it. Living is a risky endeavor.

“This is a place where the sky and the land are so striking that they play a kind of character in her life–a place where she must confront them both, everyday.

She is exposed here, exposed to everything above and below her. If she stays out long enough here, she’ll die. The earth will suck the water from her. The wildlife will make quick work of the rest of her. A leash-less dog, going from nowhere to nowhere.”

IF MY BOOK: Scrapple, Sian Griffiths 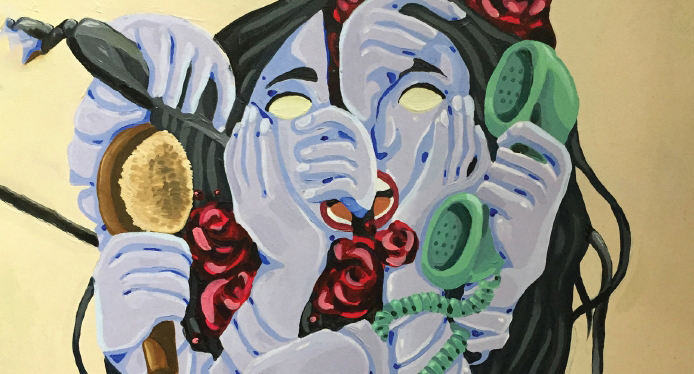 IF MY BOOK: The Heart Keeps Faulty Time, Siân Griffiths

IF MY BOOK: Directory, Christopher Linforth

IF MY BOOK: The Distance from Four Points, Margo Orlando Littell