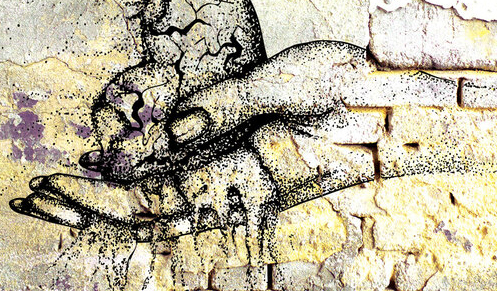 Welcome to another installment of If My Book, the Monkeybicycle feature in which authors shed light on their recently released books by comparing them to weird things. This week Jayne Martin writes about Tender Cuts, her story collection published by Vine Leaves Press.

If Tender Cuts were a ghost it would taunt you from the corner of your eye, disappearing just as you turned to look, and its laugh would linger.

If Tender Cuts were a jar of jellybeans, you would only mean to eat a few, but could not make yourself stop until the jar was empty, and the cinnamon would be your favorite.

If Tender Cuts were a dog it would be a mangy street mutt that follows you home in the rain and howls outside your door until you let it in, vowing to keep it for one night only. Ten years later you would weep at its grave.

If Tender Cuts were a cartoon character, it would be Charlie Brown trusting Lucy to not pull away the football.

If Tender Cuts were tech support, it would never leave you on hold, and if it were an appointment it would always be on time.

If Tender Cuts were a meal, it would be your single mother’s stew made from the last remnants in the refrigerator because she doesn’t get paid until the end of the week, but her love would make it delicious.

If Tender Cuts were a wine, it would be an unpretentious red that you would buy for $4.99 at Rite-Aid and enjoy every bit as much as the thirty-dollar bottles bought by others to impress their friends.

If Tender Cuts were a season, it would be fall; a favorite old sweater draped over your fading tan shoulders as you sit outside, embracing the darkness earlier and earlier each evening remembering loved ones.

Jayne Martin’s writing career began with a twenty-year stint writing movies for television. Her credits include Big Spenderfor Animal Planet and A Child Too Many, Cradle of Conspiracyand Deceived By Trustfor Lifetime. Her book of humor essays, Suitable for Giving: A Collection of Wit with A Side of Wry, was published in 2011. She has been the recipient of the following honors: Fall 2013 Women-On-Writing Flash Fiction Winner; 2016 New Millennium Writings Flash Fiction Finalist; 2016 Vestal Review VERA Award; 2017 Pushcart Nominee; 2018 Best Small Fictions Nominee. She currently lives near Santa Barbara, California where, when not writing, she rides horses and drinks copious amounts of fine wine, though not at the same time. Visit her online: jaynemartin-writer.com. And follow her on Twitter: @jayne_martin.
If My Book
Previous PostSabbatical
Next PostEscape from the Stick Figure Family