Welcome to another installment of If My Book, the Monkeybicycle feature in which authors shed light on their recently released books by comparing them to weird things. This week Aaron Burch writes about Stephen King’s The Body: Bookmarked, his new book about the novella that was the basis for the film Stand By Me, out from Ig Publishing. 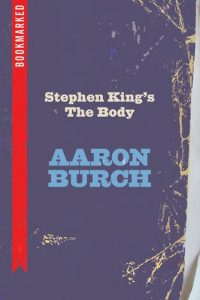 1. I just want to talk about Bo Jackson a little bit. How amazing was he? Certainly our greatest two-sport athlete ever, he not only split his time playing both, but excelled at both! He wasn’t just good at football, he won the 1985 Heisman Trophy, awarded to the best collegiate football player every year! The first year he played in the MLB All Star Game, he was voted MVP! He was so good, so athletically gifted, his 1989 Tecmo Bowl avatar is basically a superhero, often credited as the greatest video game athlete ever.

Plus, I mean… how damn sexy is this pic? 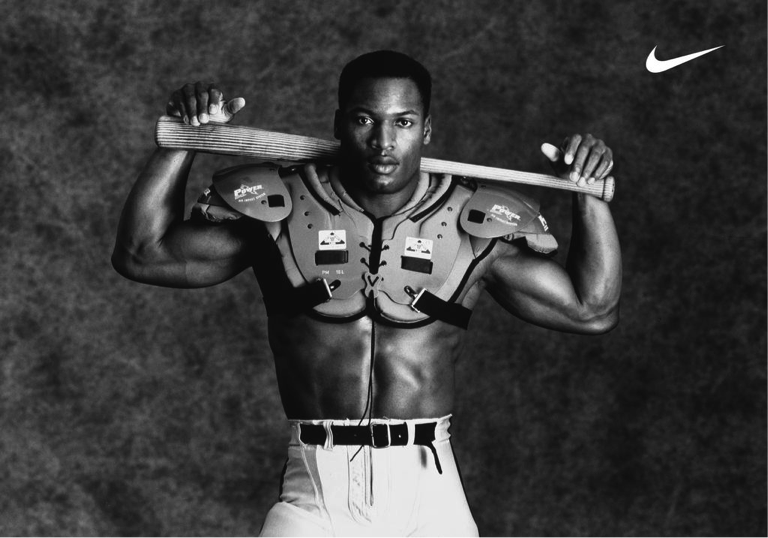 How badass is this baseball card?

If Bryce Harper wants to make baseball fun again, maybe he should break his bat over his knee in frustration every time he strikes out, then get so known for the move a baseball card commemorates such.

2.Building off bullet point #1, I wanted to write a little about Bo Jackson not only because of how great he was, but because of how much I loved him when I was young. Stephen King’s The Body spends a good amount of time wrestling with nostalgia. Nostalgia, in general, as phenomena; and also, specifically, re my own tendencies toward the emotion, both in life and my writing.

“The Body” (and Stand By Me) begins, famously, “I was twelve going on thirteen…” I would have been twelve-going-on-thirteen in 1990, and while any list of favorites always feels a little malleable—answers dependent on timing, on when the list was asked for and created, on current mood, on who or what you’ve most recently thought about or watched or listened to—the three names that right now jump to mind as favorite athletes in 1990 (ish) are Ken Griffey Jr., Jose Canseco, and Bo Jackson. Griffey seems maybe the most obvious answer for a baseball-loving kid of my generation, much less one who grew up an hour south of Seattle, going to Mariners games. And speaking of an hour south of Seattle… I actually went to a lot more Tacoma Tigers (not yet the Rainiers, not yet the Mariners-affiliate) games than I did Mariners games, and at the time they were still the AAA team for the Oakland Athletics. This tied the A’s with the Mariners as my favorite team, a tie that helped catapult the amazingness of the late-80s/early-90s Bash Brothers to “cut out newspaper stories of 40/40 season to tape to bedroom wall, alongside other sports posters” status. And, the one of those three probably least talked about (Griffey was voted into the Hall of Fame earlier this year with the highest voting percentage ever; and Canseco is often still talked about for more nefarious reasons, though, admittedly, the Kanye-loving part of me kind of loves Canseco as much now as ever), would almost certainly be Bo. And yet, in his day, as amazing as young Griffey and Canseco were, Jackson may have been the most awe-inspiring to those who watched him.

3.Early in the book, I quote Matt Bell’s essay, “Ken Sent Me,” about the video game Leisure Suit Larry: “This is essay as guide, as walkthrough, as reflection on personal as personal experience.” As soon as I had the idea of writing about “The Body,” I knew the project would be at least two-fold: discussion of the novella itself and as lens through which to slide into memoir. Thus, most direct simile: “The Body” analysis as Bo Jackson playing football; memoir as Bo Knows Baseball. (Or maybe vice versa? Actually, arguing for which is which could itself probably be an interesting (attempt at, at least) essay.

This is where the metaphor breaks down a little. Again with the numbers…

1. My book is part literary analysis, part memoir, but it is also part… teaching philosophy, let’s call it. It also becomes something of a meta-narrative about the writing of the book itself, and what I thought it would be vs. what it became, and what it was like to write about my childhood but also what it was like watching that attempt at writing about my childhood become actually writing about marriage, and how hard it is, and this year of my life that I struggled to write about one of my favorite movies while also struggling with my marriage. I think of the book, most optimistically, as not just trying to do two things, but three, four, five…

2. Here’s where my tendency to be self-deprecating kicks in, but I don’t think I could make the argument that it is among the best at any of those things. I don’t think it would have won the Heisman Trophy for novella analysis, nor is it an All Star MVP as memoir. Maybe that’s too self-critical, but I also think that’s one of my own strengths. My versatility. I was never great at any sport I played, but I can hold my own in a recreational game of more sports than not. I think that’s my hope for the book.

So, maybe the book isn’t a two-sport athlete. It is trying to do more than two things. But all those things are probably more different positions in the same sport, anyway, than they are entirely different sports. I just yesterday reread this old essay on Hobart, Justin St. Germain’s “The Professional Ballplayer.” It’s about Scott Hairston, an at-the-time Philadelphia Philly St. Germain went to college with:

After a successful rookie year, he scuffled through a few seasons with a few organizations as a part-timer, before carving out his current role as a utility and platoon player who specializes in hitting lefties. Scott’s the kind of guy often referred to by announcers as a “professional ballplayer,” and, for once, that label fits: he’s a member of the biggest MLB family ever, one of five Hairstons to play in the pros. He’s not a superstar, and he won’t make the Hall of Fame, but he’s got seven-plus years of service time, millions of dollars in the bank, and at least a few good years left. In a game as fickle as baseball, he’s had a hell of a good career.

A pretty good career; hopefully a pretty good book. So, OK, maybe not Bo Jackson. Maybe… maybe whoever is your favorite utility player? Maybe Stephen King’s The Body is Mark McLemore, the Mariners’ “supersub” who played six different positions during their record-tying 116-win season in 2001.

Aaron Burch is the author of the short story collection Backswing (Queen’s Ferry Press). His fiction has appeared in numerous literary magazines and anthologies, including The NOW Awards, The Best Innovative Writing, Another Chicago Magazine, New York Tyrant, Los Angeles Review, and Barrelhouse. His chapbook, How to Take Yourself Apart, How to Make Yourself Anew, was published by PANK as the winner of their inaugural chapbook contest. He is the founding and current editor of the literary journal, Hobart. Follow him on Twitter at @aaron__burch.

0 replies on “IF MY BOOK: Aaron Burch”